Jewish learning What I Learned About Maimonides from Dr. Jacob Meskin and Bill Belichick 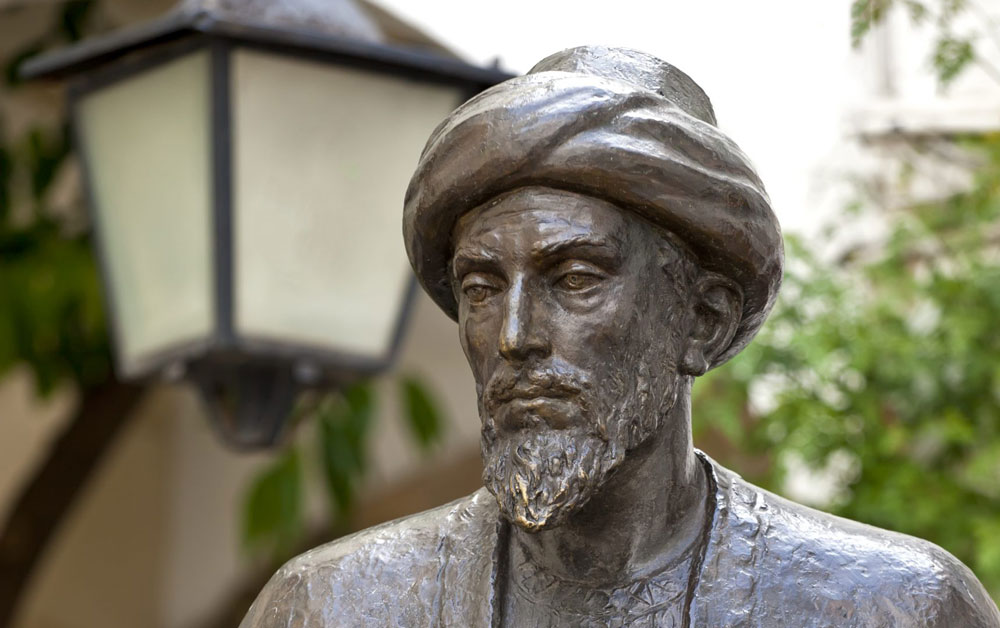 The fall, Steve Segal participated in Hebrew College’s Adult Learning class in the Me’ah Select program, “A Modern Introduction to the Thought of Moses Maimonides,” with Dr. Jacob Meskin. The course prompted energetic conversations, comparisons, and insights. After Steve shared his humorous reflection with fellow students, we in the Me’ah program thought it was too good not to share! Thank you, Steve, for generously sharing your teachings with the Hebrew College community.

Bill Belichick is Moses Maimonides, or is at the very least a disciple. We can see this in two primary approaches Bill uses to coach his outstanding teams, as well as in their personality traits and how they are perceived by others.

First, there’s a process to achieve perfection (and understand the divine!). It’s not easy, and most cannot get there, ever. It requires constant struggle and effort. It’s commitment to practice and a way of life (the “Patriot Way”) in order to achieve a higher end.

Belichick is legendary for his post-game press conferences that acknowledge unfinished work, even in the face of great success. If the G.O.A.T Tom Brady has a game with a high completion percentage, no interceptions, multiple touchdown passes, and achieves a “perfect” quarterback rating against a highly ranked defense that results in a resounding victory for his team, if asked, Belichick will find blemishes or deflect from heaping too much glory. It’s easy to imagine this give-and-take:

Press: “Coach, Brady had a great game. Can you comment on how good he was in this game, and how important he is to this team?”

BB: “It’s one game. It’s good to get a win. We’re a long way from achieving our objectives. I thought the line blocked well to give Tom the time to pass; the receivers ran well to get separation and caught the ball. Tom doesn’t make blocks. He doesn’t catch the ball. He made some good throws and missed some. We’ll go back to work Monday and see how we can coach better, play better and get ready for next Sunday’s opponent.”

Belichick’s second Maimonidean approach is that the journey to perfection is a largely solo endeavor. “Do Your Job,” not yours and someone else’s. Show up at practice, do your job, and you’ll get playing time (enter the antechamber of the ruler). If you think you’re too good, miss practice, or create some other minor sin, you’ll be traded (see Malcom Butler among others). It’s not enough to know the playbook (e.g., Torah), one must believe it, live it, and repeat the Patriot Way mantras in private and in public.

If one can achieve that solo perfection, ultimately, the performance will be good for the entire community. If you’re showing up at practice, preparing well week-in week-out, and doing your job (i.e., following the commandments and mitzvot), the team (i.e., the community) will be better for it.

From a personality and perception perspective, it seems Maimonides and Belichick are close brothers from disparate centuries. Both men are mercurial, enigmatic, and brilliant. They can barely contain their disdain for ignoramuses, as seen in Maimonides’ language in Guide for the Perplexed, and Belichick’s curt and often condescending responses in press conferences. They are both widely respected AND widely controversial, Belichick for his six Super Bowl victories as the Patriots Head Coach and the penalties he’s incurred as a result of “tape-gate” and “deflate-gate.” Similarly, in Maimonides’s case, the Mishneh Torah is accepted as definitive while the Guide is viewed by many as heretical. The “establishment” (NFL/rabbis) in each case fear both men.

We will see over time whether He takes sides, and believes Belichick is Maimonides. Go Pats.