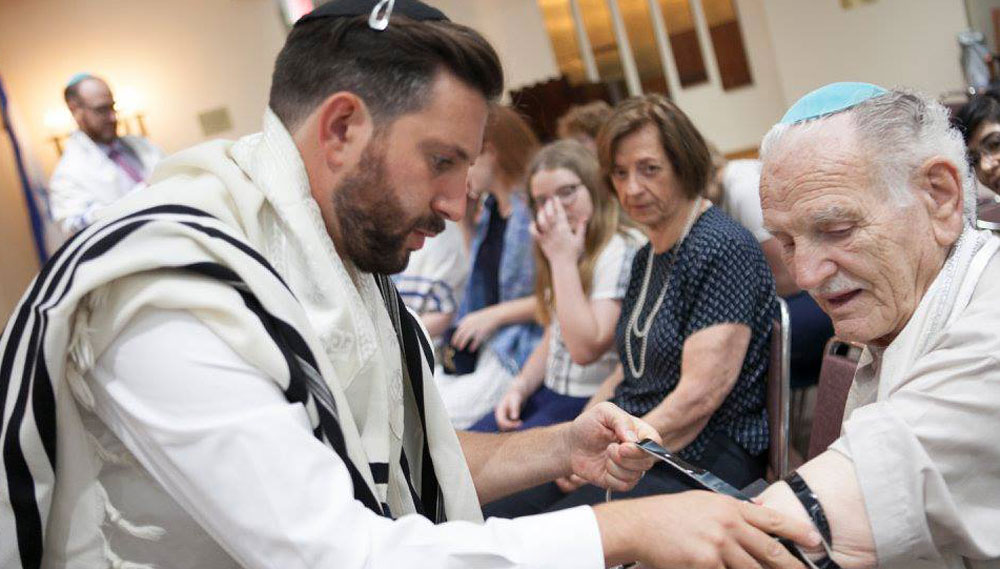 Wax had always been interested in Jewish life and learning. He attended Hebrew College Prozdor in Brookline, Mass., as a teenager, commuting from Sharon for Prozdor’s intensive Hebrew and Jewish studies classes and outstanding teachers. At the same time, inspired by a teacher at Sharon High School, he became intrigued by Buddhist thought and meditation. He was attracted to the ways in which Buddhism articulated a path of spiritual practice that was different from what he had experienced in his Jewish community. But he also saw it as functioning alongside his engagement with Judaism.

“Prozdor created an environment of openness and intellectual curiosity, and that was certainly a good thing for me,” said Wax, who graduated from the program in 1998. “My exploration of Buddhism took place alongside my deepening in Jewish practice and learning.”

Wax became even more interested in Buddhism as a student at Columbia University, and after studying abroad on Antioch’s Buddhist Studies in Japan program, decided to apply to graduate school to become a professor of Buddhist Studies. But when he returned to Boston after college, he returned to his Jewish roots.

While working at Harvard Graduate School for Education, Wax started teaching courses at a Hebrew school in Framingham, and then at Prozdor. He taught courses on Judaism and Buddhism and Jewish meditation, and then enrolled in Harvard Divinity School for a Masters in Buddhism. While there, Wax began to realize that additional Torah study could be an asset—and those experiences ultimately led him to enroll in rabbinical school at Hebrew College.

“Prozdor definitely played a role in opening up the possibilities of what Jewish learning and leadership could look like, showing me that Judaism could be something that is expansive and touches all areas of life,” he said. “I saw myself working in Jewish communities, and then seeing the rabbinical school at Hebrew College start to develop, got me really interested. I applied to a lot of different schools, but decided that Hebrew College was the place I really wanted to be.”

At Hebrew College, he continued to teach at Prozdor and, as a fourth-year student, ran Makor, Hebrew College’s middle school program. Following his ordination in 2013, Wax served as a rabbi at Congregation Mount Sinai in Brooklyn Heights, N.Y., for four years before moving to Western Massachusetts to become the Jewish chaplain at Williams College—a job he loves. 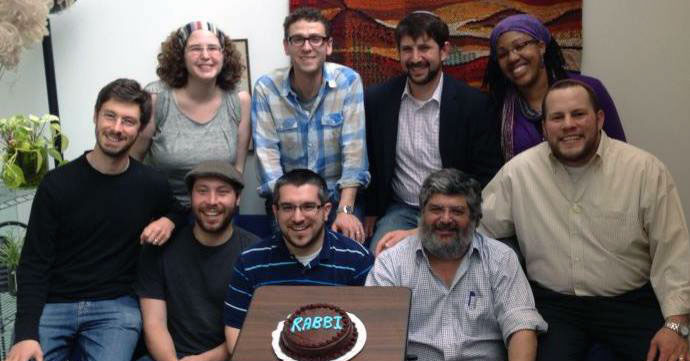 Wax says that deciding to become a rabbi was a long and circuitous process for him, one that brought him through synagogues and Buddhist monasteries to divinity school and rabbinical school, but it was grounded in the learning that began at Prozdor. He remains interested in exploring how to live a meaningful, engaged life that is infused with learning, contemplation, community, and deep interfaith engagement. 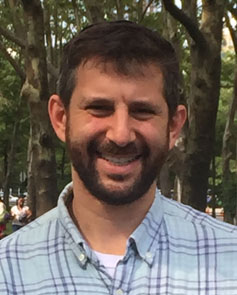 “I love Hebrew College. I love Prozdor, and I especially loved my time at the rabbinical school. Studying there was one of the best periods of my life. The learning at the rabbinical school and in the community was so phenomenal. I had deep engagement with the Torah and community. It totally shaped how I think of myself as a person, as a Jew, as a rabbi,” he said. “I spent a lot of my life at Hebrew College and what I learned touches on so much of what I do in my professional life and in my daily life. I’m really grateful for it.”

Read a State of Formation blogpost that Rabbi Wax wrote as a third-year rabbinical student at Hebrew College.