Mazal Tov to the Graduates!

Master of arts in Jewish Studies 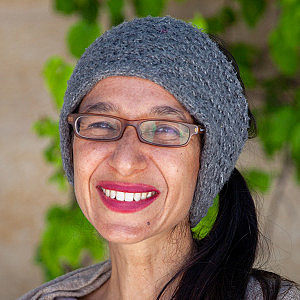 Rabbi Tamar Elad-Appelbaum is co-founder of the Beit Midrash for Israeli Rabbis, a joint project of the HaMidrasha Educational Center for Israeli Judaism and the Shalom Hartman Institute.

She is also the founder of Kehilat Zion in Jerusalem. Her work spans and links tradition and innovation, working toward Jewish spiritual and ethical renaissance. She devotes much of her energy to the renewal of community life in Israel and the struggle for human rights.

She has served as rabbi of Congregation Magen Avraham in the Negev; as a congregational rabbi in the New York suburbs alongside Rabbi Gordon Tucker; and as Assistant Dean of the Schechter Rabbinical Seminary in Jerusalem.

In 2010 she was named by The Forward as one of the five most influential female religious leaders in Israel for her work promoting pluralism and Jewish freedom. 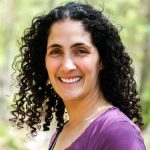 Dr. Deborah Skolnick-Einhorn serves as the Head of School at Milton Gottesman Jewish Day School of the Nation’s Capital.

Deborah previously served as Associate Dean of Hebrew College’s School of Jewish Education, her professional home from 2002 through 2020. In that role, Deborah ran and taught in graduate programs training Jewish educators, with an emphasis on mentoring teachers, administrators, and teacher leaders. Prior to Hebrew College, Deborah served as Assistant Director at the University of Maryland Hillel. Over the years, she has taught students at nearly every grade level from K through 12. A graduate of Tufts University, Deborah earned an M.A. in Modern Jewish Studies from the Jewish Theological Seminary, and a Ph.D. in American Jewish Life from Brandeis University. Deborah is the recipient of Brandeis University’s Excellence in Teaching Prize and was named Indiana University’s Inaugural Women and Philanthropy Fellow.

Alongside her professional work in Jewish education, Deborah has been active in pluralistic Jewish day school lay leadership, serving on the boards of Tufts Hillel and Camp Yavneh and as a past chair of the Jewish Women’s Fund of Rhode Island.