We are proud of our graduates as they take their places as advanced learners, innovative teachers, and dedicated leaders. The multiple voices they have encountered in texts, in teachers, and in dialogue with each other will enable them to contribute to the enhancement of Jewish life throughout the country and world.

Mazel tov to the Class of 2021/5781! Rewatch the ceremony here or on the Hebrew College YouTube channel.

To learn more about this year’s class and/or to make a gift in their honor to help fund a scholarship for a future cantorial student, click here.

>> Read about the ordainees and their cantorial scholarship campaign

>> Read about the ordainees and their Rabbinical School scholarship campaign

Master of Arts in Jewish Studies 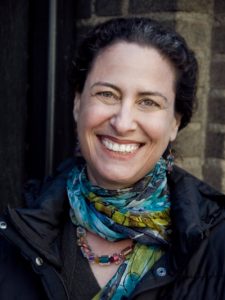 Rabbi Nancy Flam is a pioneer in the field of Jewish healing and contemporary spirituality.  She co-founded the Jewish Healing Center in 1991 and served as director of the Jewish Community Healing Program of Ruach Ami: Bay Area Jewish Healing Center in San Francisco. She served for five years (1999 – 2003) as the Founding Director of The Institute for Jewish Spirituality, a retreat-based learning program for Jewish leaders, before becoming Senior Program Director (2004 – 2019), where she headed retreat-based learning programs for rabbis and community leaders, directed the highly-innovative Prayer Project, and taught on the faculty of the Jewish Mindfulness Meditation Teacher Training program. She has served as a consultant for Synagogue 2000, the National Center for Jewish Healing, Romemu Yeshiva, and other emerging Jewish organizations. She currently serves as a spiritual director to many rabbis, cantors and Jewish lay people.

Rabbi Flam earned her B.A. in Religion from Dartmouth College in 1982 (Phi Beta Kappa, summa cum laude) and her M.A.  in Hebrew Literature from the Hebrew Union College-Jewish Institute of Religion in 1986. She was ordained by the Hebrew Union College-Jewish Institute of Religion in 1989. She trained in Clinical Pastoral Education (C.P.E.) and has served as volunteer chaplain at Memorial Sloan Kettering Cancer Center and the Long Island College Hospital. Rabbi Flam teaches widely on the topics of Judaism, healing, and spirituality, and has written on these issues for such publications as Wrestling with the Angel: Jewish Insights on Death and Mourning, edited by Jack Riemer; Jewish Pastoral Care, edited by Dayle Friedman; Best Contemporary American Jewish Writing, edited by Michael Lerner; A New Hasidism: Branches, edited by Arthur Green and Ariel Mayse; and Jewish Mysticism and the Spiritual Life, edited by Fine, Fishbane, and Rose. She is the Series Editor for LifeLights, a Jewish series of informational, inspirational pamphlets on challenges in the emotional and spiritual life.

Rabbi Flam is the mother of two young adult children, and lives in Northampton, Mass., with her husband, Dr. Neil Kudler, and amidst her beloved synagogue community, Congregation B’nai Israel. 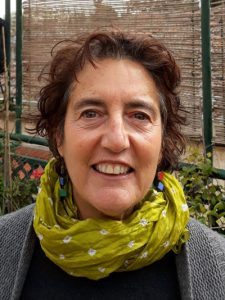 Melila Hellner-Eshed is a senior research fellow at the Shalom Hartman Institute, where she initiated and directs Maskilot, an intensive two program for women doctoral candidates. She has taught Jewish mysticism and Zohar in the department of Jewish Studies at the Hebrew University in Jerusalem for the past 25 years.

Hellner-Eshed received her Ph.D. from Hebrew University under the tutelage of Professor Yehuda Liebes.  For the past three decades, she has been a central figure in the Israeli renaissance of study of Jewish texts by Israeli adults of all paths of life in various frameworks. She has been teaching and working with Jewish communities in North America, Europe, and the former Soviet Union for many years. Her publications include A River Flows from Eden: The Language of Mystical Experience in the Zohar (in Hebrew: Alma and Am Oved, 2005; in English:  Stanford University Press, 2009); and Seekers of the Face – The Secrets of the Idra Rabba in the Zohar, published in Hebrew in September 2017. The English translation will be published in summer 2021 by Stanford University Press.

Hellner-Eshed also serves on the faculty of the Institute of Jewish Spirituality and is active in the “Sulha,” a reconciliation project that brings together Israelis and Palestinians.

Please consider making a gift in honor of our graduates. If you would like to send them a message or blessing, please include it in the “Comments” on the gift form.