What is the Innovation Lab?

The Hebrew College Innovation Lab is a new incubator for Hebrew College graduate students (rabbinic, cantorial and education) and recent Hebrew College alumni/ae in the Boston area to design and implement creative educational, spiritual, social justice and interfaith projects in the Greater Boston Jewish community. Participants receive grants ranging from $2,500 to $5,000 to run – or supplement the running – of a project that they conceptualize and design. Projects can take place in the context of students’ work placements or as stand-alone initiatives.

The cohort of 10-15 participants will meet weekly on Wednesday afternoons in a two-hour seminar taught by Rabbi Jeffrey Summit, PhD, who will also provide mentoring and supervision to members of the cohort as they implement their projects.

“I find it impossible to be pessimistic about the Jewish future when I engage with our students and alumni, and witness their energy, talent, and desire to be of service. They are writing the next chapter of the Jewish story, and we are helping them do it from a place of depth, compassion, and creativity. The Hebrew College Innovation Lab is designed to elicit their bold ideas, and support them in bringing those ideas to life. I can think of no more wise and gifted mentor than Rabbi Jeffrey Summit to help guide them in this process. We are deeply grateful to a generous anonymous donor who has made this project possible.” 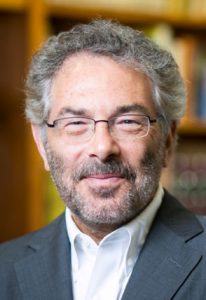 Rabbi Summit holds an appointment as Research Professor in the Department of Music and Judaic Studies at Tufts University. He is a Senior Consultant for Hillel International directing the project “Living Our Values.” He holds emeritus appointments at Tufts as Emeritus Neubauer Executive Director of Tufts Hillel and Emeritus Jewish Chaplain. He is the author of Singing God’s Words: The Performance of Biblical Chant in Contemporary Judaism (Oxford University Press) and The Lord’s Song in a Strange Land: Music and Identity in Contemporary Jewish Worship (Oxford University Press). His CD Abayudaya: Music from the Jewish People of Uganda (Smithsonian Folkways Recordings) was nominated for a GRAMMY award. His CD with video Delicious Peace: Coffee, Music and Interfaith Harmony in Uganda (Smithsonian Folkways Recordings) was awarded Best World Music CD by the Independent Music Awards. His research and writing focus on music and identity, music and spiritual experience, music and advocacy, and the impact of technology on the transmission of tradition. Rabbi Summit lectures widely around the country and has been invited to speak at Harvard University, Stanford University, Yale University, Princeton University, Dartmouth College, Amherst College, Wesleyan University, the University of California Santa Barbara, Indiana University and the University of Chicago.

Rabbi Summit has a special interest in the values that shape a meaningful and fulfilling life. Together with Rev. Scotty McLennan of Stanford University, he teaches a summer seminar addressing those issues at the Tufts European Center in Talloires, France entitled “What Happens Next?” He also works in the field of oral history and for four summers has conducted an oral history project with the Jewish community of Annecy, France, for American students, under the auspices of Tufts European Center. For three additional summers he taught a seminar at the Tufts European Center on the Holocaust and anti-Semitism in France. He has co-directed a project funded by the Department of Homeland Security establishing Muslim, Jewish, Christian dialogues and inter-religious education on five university campuses. He directs the Cummings/Hillel Program on Holocaust and Genocide Education under the auspices of Tufts Hillel. An accomplished musician, he has performed Jewish and traditional American music throughout the United States, as well as in England and Israel. During the Yom Kippur War, he performed for Israeli soldiers in the Sinai and Golan Heights. His songs examining those experiences were recorded on his record album Shepherd of the Highways.

Rabbi Summit was the inaugural recipient of the Edgar M. Bronfman Award for Lifetime Accomplishment in Hillel Professional Leadership, serving the movement “with distinction and honor.” He was awarded Tufts University’s Hosea Ballou Medal, established to recognize members of the Tufts community who have rendered exceptional service for the institution. He  He received Combined Jewish Philanthropies (Boston Jewish Federation) Rabbinic Leadership Award and was the inaugural recipient of the Anne Heyman Spirit Award, for work to further the mission of the Agahozo-Shalom Youth Village in Rwanda, a village for survivors of the Rwandan genocide. As part of this honor, the village’s music building was named the “Jeffrey A. Summit Music Center.” He has been named an Exemplar of Excellence by Hillel International. He has also received the Benjamin J. Shevach Memorial Award for distinguished achievement in Jewish educational leadership, Hebrew College’s highest academic award. The programs he has initiated at Tufts examining ethical perspectives on the role of the university, sexual ethics, interfaith dialogue and the parent/child relationship have received national grants and awards. As a graduate student, he received both the James T. Koetting Memorial Prize for the outstanding graduate student paper presented at the annual meeting of the Northeast Chapter of the Society of Ethnomusicology and the Society for Ethnomusicology’s Jaap Kunst Prize for the outstanding paper published by a student in the Journal of Ethnomusicology. His book on Jewish music and identity was awarded the Musher Publication Prize by the National Foundation for Jewish Culture. Rabbi Summit is past-president of the National Hillel Professional Association and has served on the Executive Committee of the National Board of Directors of Hillel: The Foundation for Jewish Campus Life. 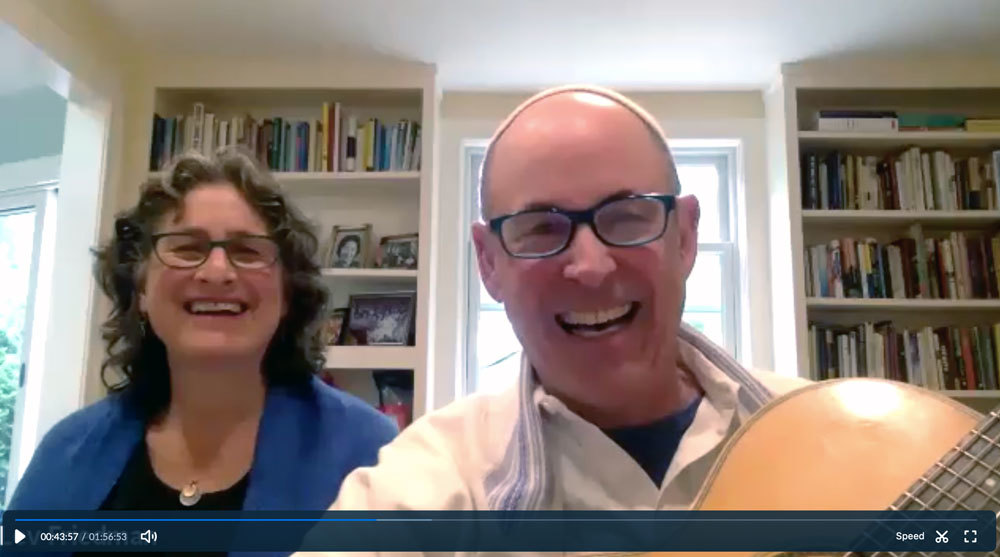 Assessing the impact of the high cost of joining Jewish institutions on patterns of Jewish affiliation and engagement. Through a series of focus groups, Eric explores how financial barriers shape new patters of Jewish involvement in the greater Boston area.

Micah Friedman
Nehgeh B’Lailah: Sharing Shabbat through the Spiritual Practice of Shalosh Seudos (the third meal) –  building community and deepening relationships through learning, singing and gathering at the conclusion of Shabbat.

Michelle Goldhaber
An exchange program between Hebrew College and the Ukrainian Catholic University in Lviv, Ukraine. The Jewish Studies Program at the Ukrainian Catholic University (UCU) is a preeminent location for Jewish studies in the FSU. Through academic and interfaith exchange, selected faculty and studies will explore opportunities for collaboration and shared experience.

Jackson Mercer
“Yetzirah Beyt – a pluralistic, musical community”  – a select group of musicians will engage with Jewish texts and focus on composing Jewish music inspired by their experience studying the Hallel psalms.

Mimi Micner
“Mussar and Social Change – working with The Inside Out Wisdom and Action Project” — a Jewish startup that integrates Jewish spiritual technology with social change – this weekend retreat for young adult Jewish activists explores how to integrate Jewish spirituality into social justice work so that it becomes more nourishing and transformative work.

Noam Vered Lerman
“Der Tekhines Proyekt” is a project that reclaims traditional Yiddish tekhines that were written and prayed by women and gender-non-conforming people.  It includes workshops, as well as an online database/webpage where people can learn more about the history of prayers written in the vernacular.  These prayers come to life with original melodies.

Jenna Shaw
The Soul Squad is a spirituality fellowship for Jewish college students at Boston University. This fellowship is designed to engage, educate, and empower students to use spirituality as a tool to brings people from diverse backgrounds into a closer relationship with community, Torah, and God.

Lori Troderman
“Re-envisioning Jewish Inclusion in 2020 and Beyond: How Interfaith Couples and Families Belong.”  A day long convocation on Thursday March 26th for conversation and learning on interfaith inclusion in the Jewish community. Learn more

Moshe Webber
“Dorshekha (דורשיך): An Immersive Learning Experience for Converts to Judaism” A retreat for those who have converted to Judaism and those who have almost completed the process of conversion. It will gather together a small group of 10 to 15 committed seekers for a week of deep textual learning, music, and reflection. Learn more

Rabbi Laura Bellows, Rab`18
Director Prozdor and Youth Initiatives at Hebrew College and is participating in the Innovation as a way to explore project development and innovation for Jewish students in High School.

What we do in the seminar?

Seminar discussions will focus on thought leadership and designing projects that address the needs of the emerging Jewish community in the 21st century. Curriculum includes discussion of issues of personal transformation and spiritual growth, education for empowered engagement in Jewish life, the impact of technology and social media on conceptions of community, models of project evaluation and more. The broad variety of seminar texts include traditional Jewish sources, poetry, contemporary essays and writing on theories of change, relationship based engagement, community organizing and community building.

How much project funding is available?

The Innovation Lab will provide each student with a grant ranging from $2,500 to $5,000 to run – or supplement the running – of their projects. With the support of the seminar, participants will implement their projects during the 2019-2020 academic year. Funding is meant to support the project, not to provide additional compensation for the organizer.

Am I eligible and how do I apply?

Applications for the 2019-2020 cohort are currently closed.

Participation in the Innovation Lab is open to Hebrew College graduate students (rabbinic, cantorial and education) and to recent Hebrew College alumni/ae in the Greater Boston area. To apply, please submit an application. Applicants will be asked to describe their project, submit a preliminary budget, and stipulate their target population. A committee of Hebrew College faculty, administrators and recent alumni/ae will choose projects for the first cohort.