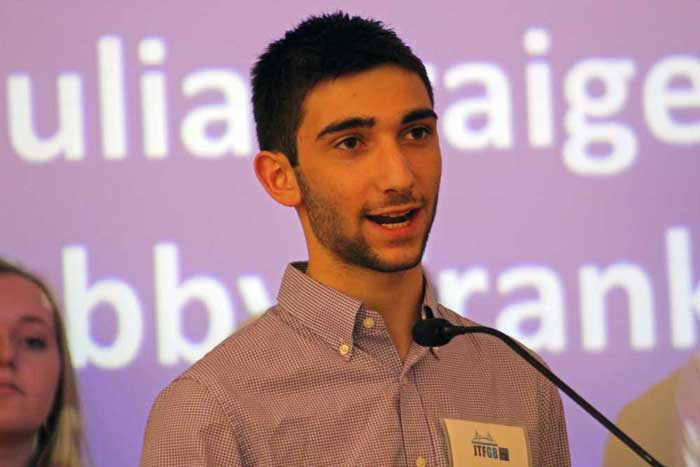 Once a month, Isaiah Goldsmith and about 60 other teenagers from throughout Greater Boston come together at Hebrew College to debate issues that are important to them, discuss Jewish texts, and learn the ins and outs of professional philanthropy.

The teens are part of the Jewish Teen Foundation of Greater Boston (JTFGB), a four-year-old program at Hebrew College that teaches local high school students about fundraising, civic leadership, grant-making, and collective giving by asking them to choose a philanthropic mission, raise money for that effort, and to partner with non-profits – both Jewish and non-Jewish – to make a difference.

“You’re sent out into the world and you’re faced with so many organizations, around Boston, around America, around the world…. Who are you going to pick, how are you going to help, to what extent are you going to help them?” said Goldsmith, 17, of Brookline, a high school senior who has been involved in the program since tenth grade. “This type of philanthropy forces you to think about issues, societal ills, and everything that can be improved. You get to improve that reality, ameliorate some of the issues.”

JTFGB launched in 2015 as a Foundation Board Incubator program with the Jewish Teen Funders Network (JTFN), which works with educators and professionals around the country to create, connect, and support Jewish teen philanthropy programs as forms of experiential education for Jewish teens. As an incubator program, JTFN received four years of funding and an additional year of professional development from JTFN, which is generously funded by Laura Lauder and the Maimonides Fund. As it approaches its final incubator year, JTFGB is doing its own fundraising to become a self-sustaining Hebrew College program.

Each year, the teens divide into three groups – or boards – and work together to pick an issue area, debating whether it will be local, national or global. Then they look for non-profits that connect to that issue area and send RFPs to those organizations. Once grant proposals have been submitted, the teens winnow their list down and do local or virtual site visits to organizations to gain a first-hand look at how different organizations could soon become potential grant recipients. 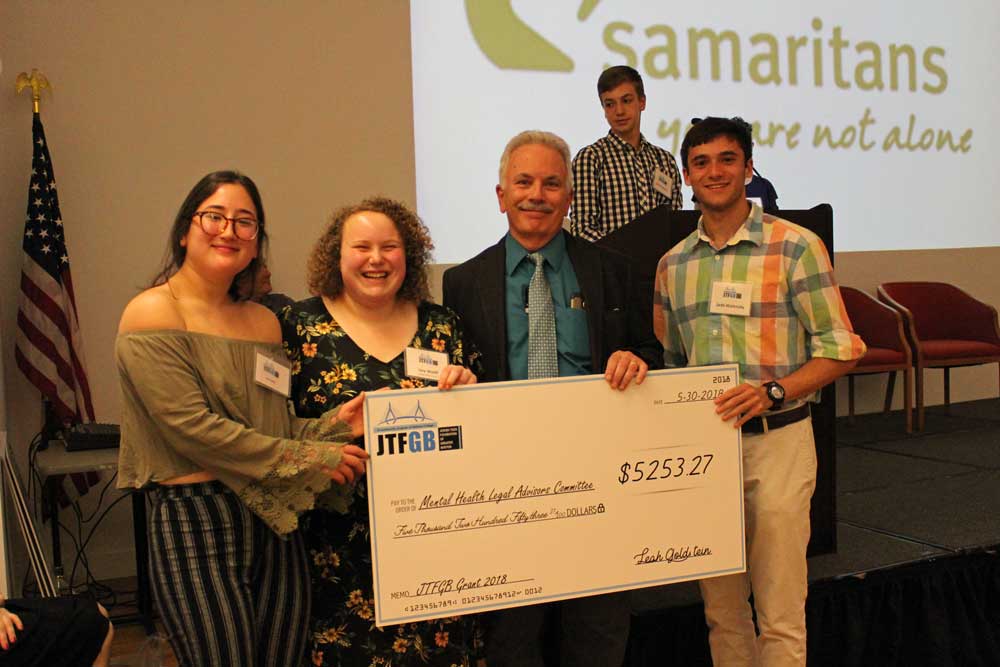 After a fundraising kick-off event in January, they begin sending tailored solicitation emails and making pitches on the phone. Each student raises hundreds of dollars to add to their board’s total grant-making pool, before the boards choose organizations to receive their funding and announcing the final grant recipients in May. And throughout the process, the teens are introduced to Jewish texts and ideas, as well as to peers who have backgrounds and experiences that are different from their own.

“Everybody’s voice is heard. No question is turned down… We all work together, as a real board,” said Sophie Ostrovitz, 17, a high school junior from Braintree. “I really love that it’s a Jewish organization; it really does focus on Jewish values, like tikkun olum, repairing the world. I think that’s important in today’s world.”

Over the past three years, the program has donated $146,000 to various organizations that help fight sexual assault, mental health, and substance abuse, amongst other issues. This year, the teens are seeking to raise thousands of dollars from hundreds of different donors from across the world for organizations that support immigration rights, various environment issues, and combat child abuse.

“We’re basically helping to create the next generation of Jewish philanthropists,” said Leslie Pucker, a former JTFGB parent, who is now co-chair of the program’s Advisory Council. “It’s a wonderful way for the community to see the impact of these teens, both in the Jewish community and beyond.” 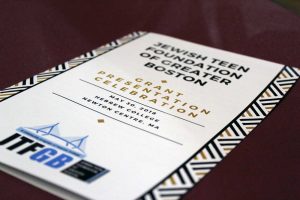 Abby Ganz, 17, a high school junior from Sudbury, said the kick-off transformed the way she thinks about philanthropy and fundraising.

“It makes you appreciate all the different ways you can be good to the world, in small ways,” she said. “And we can treat ourselves seriously because what we’re doing is just as serious as what they do in their real jobs.”

“You really do get to feel like you’ve made an impact,” added Goldsmith. “That can either manifest itself in seeing the people you want to help when you go on site visits, or abstractly knowing that the money you’ve raised will go on to help more people than you can ever meet.”