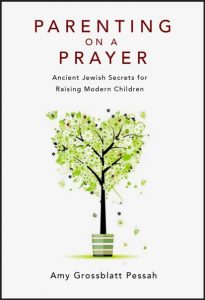 Please join Amy Grossblatt Pessah, rabbi, mom, educator, and author, as she shares some of the ways ancient Jewish prayer can offer timely wisdom for the modern parent. In this interactive session, we will focus on the words of the Sh’ma prayer and explore what messages and teachings can be extrapolated to help us become more mindful, present, open-hearted parents, no matter the age of our child.  Discover  how the Shema can bolster us to listen intensely and love deeply especially now, as we navigate what it means to be a parent in 2020.

Rabbi Amy will be sharing passages from her recent book, Parenting on a Prayer. Registrants will receive a discount on the purchase of the book. A discount code and Zoom link will be sent out ahead of the event. 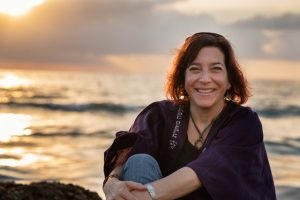 Amy Grossblatt Pessah is a rabbi, author, spiritual director and mom. Serving various communities and demographics across the country, Amy has been a Jewish educator for over twenty-five years, with a specialization in Jewish Family Education. She is the author of the recent book, Parenting on a Prayer: Ancient Jewish Secrets for Raising Modern Children. Learn more at her website, A Soulful Journey.

Join us for a special Zoom panel discussion and Q&A about the film “Children of the Inquisition” on November 22, 2020, led by the film’s director, Joe Lovett.

This is an excellent opportunity to dive into an aspect of Judaism’s journey that is often overlooked or kept secret. Teens, parents, and grandparents find the film to be incredibly eye-opening and inspiring! 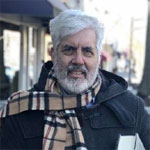 Adam Brown, Administrator, AvotaynuDNA Project and Managing Editor of AvotaynuOnline.com. He is a frequent lecturer on genealogical subjects at conferences all over the world and was National Co-Chair of the IAJGS 2017 conference in Orlando. A strategic planner by profession, he has led numerous boards and commissions pertaining to municipal planning and finance, Jewish education, and scientific research in Israel 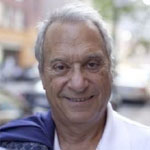 Joseph Lovett, Executive Producer and Director of the film, and event moderator. Lovett started Lovett Stories + Strategies (as Lovett Productions, Inc.) in 1989 after 10 years as a producer at ABC News “20/20,” following five years as an editor and producer at CBS News Magazine which was created as a daytime “60 minutes” for an at home audience. 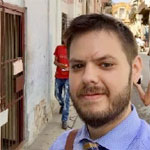 José “Akiba” Portuondo-Dember, Esq., member of the Cuban American “conversos” community. He is descended from conversos that fled the Spanish Inquisition, settling in Puerto Rico and Cuba. He received his J.D. from Boston College (2012) and his B.A. in Jewish Studies from the University of Chicago (2006). He currently works as a translator and attorney, with practice interests in LGBTQ rights; and First Amendment jurisprudence and indigenous medicines of the Americas. 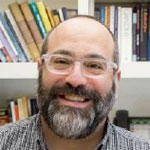 Rabbi Or Rose, Founding Director of the Miller Center for Interreligious Learning & Leadership of Hebrew College. Previously, he served as a founding faculty member and associate dean of the Rabbinical School of Hebrew College. He has taught for the Bronfman Youth Fellowships, The Wexner Graduate Fellowship, and in a variety of other academic, religious, and civic contexts throughout North America and in Israel. Recent publications include: Words To Live By: Sacred Sources for Interreligious Engagement (co-editor, Orbis) and Rabbi Zalman Schachter-Shalomi: Essential Teachings (co-editor, Orbis). He is the creator of Hebrew College’s scriptural commentary blog Seventy Faces of Torah, curator of the web-based project PsalmSeason, and co-publisher of the Journal of Interreligious Studies. 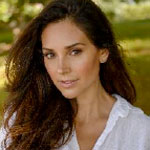 Reyna Simnegar, author and member of the Venezuelan “conversos” community. Simnegar was born and raised in Venezuela. Her family history dates back to the Spanish Inquisition when her family fled from Spain and ultimately arrived in Venezuela. Reyna is the author of Persian Food from the Non-Persian Bride, published by Feldheim. This unique cookbook and her popular blog posts about kosher Persian food have received extensive broadcast, print, and digital media coverage nationally and in Israel and Iran. Additionally, Reyna was interviewed in Tablet magazine by beloved Jewish cookbook author Joan Nathan and was offered a cooking show on the Jewish network JLTV in Los Angeles. 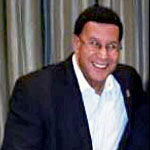 Keith Stokes, Vice President of the 1696 Heritage Group and descendant of a founder of the historic Touro Synagogue in Rhode Island. His past professional positions have included Executive Director of the Rhode Island Economic Development Corporation and Executive Director of the Newport County Chamber of Commerce. He has also been an Advisor with the National Trust for Historic Preservation along with serving on numerous regional and national historic preservation boards including Chairman of the Touro Synagogue Foundation.

“Children of the Inquisition” is a re-examination of history and identity in a 2-hour documentary film that unearths 500 years of hidden history. The film looks at what happened to the families forced to convert to Catholicism or flee during the Spanish and Portuguese Inquisitions through the eyes of their contemporary descendants, many of whom are just discovering their often nuanced Jewish roots. The film’s storytellers uncover the connections between their family’s journeys and this buried history.  The discoveries of these flights to safety over the past 500 years give a new perspective to the world events we face today.

This event is made possible thanks to a generous, anonymous donor, and is co-sponsored by the Jewish Genealogical Society of Greater Boston and Temple Beth Sholom in Framingham.

Discover Me’ah, the amazing two-year journey through Jewish history that provides adults of all backgrounds with a foundation in Jewish culture and civilization.

Meet with one of our stellar instructors, enjoy a sample lesson, and learn how you can join the Me’ah journey. Facilitated by Rabbi Neal Gold.

A Zoom link will be sent to all registrants a few days before the session. 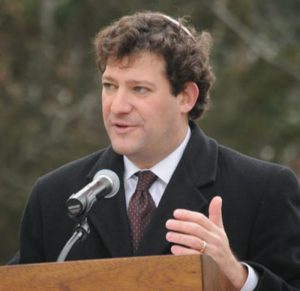 Rabbi Neal Gold teaches and writes about Jewish texts, Israel, and intersections between Jewish life and the contemporary world. He is currently the President of the Massachusetts Board of Rabbis and serves as Jewish Chaplain & Hillel Director at Babson College in Wellesley, MA. He has served as the national Director of Program & Content for ARZA, the Association of Reform Zionists of America. He received an MA in Near Eastern & Judaic Studies from Brandeis University and smicha from Hebrew Union College-Jewish Institute of Religion.