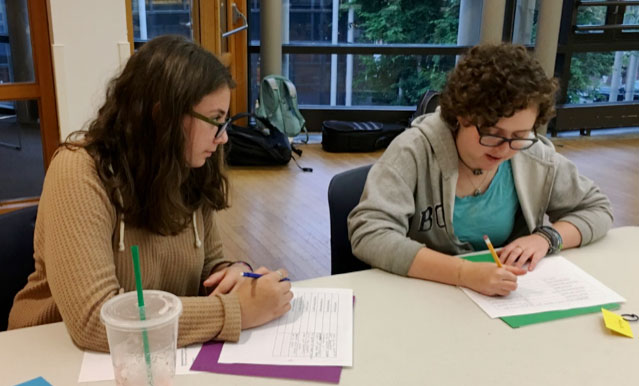 Each Tuesday, 10 teenagers from throughout Greater Boston meet at Harvard Hillel to eat dinner, share stories of their lives, and delve into the Talmud. 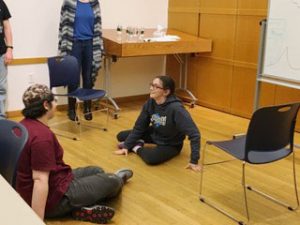 “I’ve found that everyone at TBM is enthusiastic about learning Talmud and ready to discuss every aspect of the text we’re learning, sometimes diving into the minutiae of, say, where the neck stops and the body starts, or whether it’s really all that bad to fall asleep with shoes on,” she said.“Sometimes, hearing my classmates’ thoughts changes my own opinion, and since my idea of Judaism involves thoroughly examining my own beliefs, I welcome it. I leave these discussions with new insight into both my Jewish practice and my personal life.” 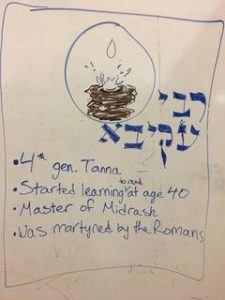 Every year, TBM selects a different section of the Talmud, and teens spend the year examining its Jewish law, morals, history, stories, and theology. As in a traditional beit midrash, the students learn in pairs, or havruta, where they grapple with texts and one another’s other interpretations and opinions in an open, inclusive, and trusting space.

After a dinner of bagels and cream cheese or veggies and guacamole—provided by families—students delve into a section of the Talmud, looking at the Hebrew or Aramaic, translating using dictionaries and hints, and puzzling out meaning. Then they dive into deep discussions about the texts, the questions and themes raised, and about how these ideas relate to today’s world and their lives. Teachers guide the teens in finding meaning in the texts and in considering how the interpretations relate to their own lives.

“The idea is that there’s an amazing compendium called the Talmud, which is one of our fundamental texts. It can feel daunting, but it’s an amazing anthology of Jewish law, though, ethics, history, folktales, anecdotes of the Jewish people. It’s been a cornerstone of Jewish thought for 2,000 years,” said Rabba Claudia Marbach, director of Teen Beit Midrash. “What we do at Teen Beit Midrash is we make it accessible to teens. We learn how the talmud makes arguments and we decode. This program is about ownership of the text, knowing this is something you can access, whatever your skill level.”

Last year, when the group studied the tractate of Talmud about Yom Kippur, students had a year-long dialogue on suffering. This year, while studying Sukkot, they talked about home and shelter, and what the concept means to them. This summer, Teen Beit Midrash will offer a special online 6-week summer session open to rising 8th through 12th graders across the country, “So One May Live: A Case Study of Conjoined Twins,” which will give students the opportunity to examine how Judaism can help find the answers to a timeless biomedical debate, based on a real case with timeless implications.

Through these conversations — often with no clear answer — students hone their reasoning and persuasive argument skills, and learn about themselves, their classmates, and Jewish wisdom throughout time 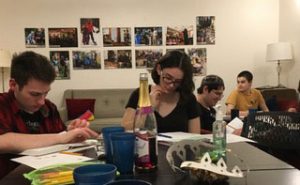 “Every week, I have that feeling of, ‘Wow! This is a place where I can think!”  said Tal Pemstein, 15, a 10th grader from Newton, who has been participating in TBM for three years. “It’s a place where you get to think for yourself and really be yourself. For example, when translating, one word could mean many different things, but it’s up to each havruta to figure out which translation makes the most sense, resulting in slight differences in translation between havrutot. That’s something I think is really special about Teen Beit Midrash. There’s so much freedom to understand things your own way. I think that’s really what makes me come back to TBM every year.”