Jodi (Wilgoren) Rudoren `85, editor-in-chief of  The Forward and a longtime reporter and editor at The New York Times, has carried Hebrew College Prozdor with her throughout her journalism career.

The intense conversational Hebrew that she learned at Prozdor, and (pictured below) at Camp Yavneh—founded by Hebrew College as a Hebrew-speaking camp in the 1940s—helped her navigate daily life as Jerusalem bureau chief for The Times. And the deep text skills she developed in her Prozdor classes have helped her contribute meaningfully to discussions about Jewish law and practice at the Forward, which The Times‘ recently described as “America’s most prominent Jewish newspaper.” 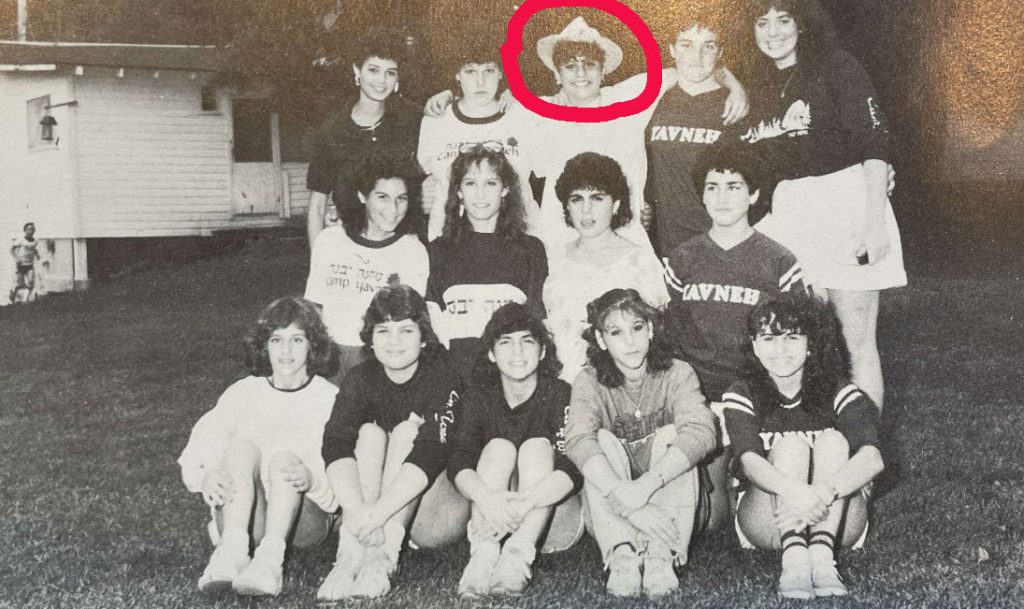 “Everything that has happened to me Jewishly has a specific way of shaping what I’m doing in my work as a journalist,” said Rudoren. “Hebrew College Prozdor was a place of very serious Jewish education, and that stuck with me. I received a really solid and broad Jewish education.” 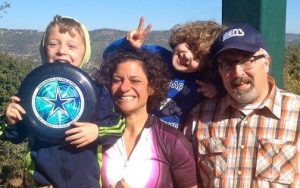 Rudoren’s Prozdor connections have also come in handy on a personal level. On her last day in Israel for The Times, her family’s flight back to the United States was cancelled. Rudoren reached out to friend and then-U.S. Ambassador to Israel Dan Shapiro and his wife, Julie, to see if they could spend the day at their house. Not only were the Shapiros happy to host her family, but she discovered that they were also hosting her former Prozdor classmate Amy (Sheiber) Gold, now head of Epstein Hill School in Marblehead, Mass. Rudoren had taken the MBTA with Sheiber from Newton Centre to Brookline for their many afternoon and Sunday morning Prozdor classes on Hawes Street.

“There I was, at the end of this very intense, emotional chapter of my professional and Jewish journey, and I showed up in this beleaguered state with bags and kids at the Ambassador Shapiro’s regal residence. And there’s Amy, who I have this connection to, who I have this fondness for, who was shaped by the same Jewish forces as I was,” she said. “We hadn’t been in touch since Prozdor, but it showed how Prozdor has indeed played out in my life and career—because it’s still a relatively small Jewish world, and Prozdor is one of those institutions that propels people through it and creates a connection and familiarity.”

Rudoren says she has been thinking more about Prozdor since her twin’s b’nei mitzvot in November. She and her sisters, Debbi and Julie Wilgoren, all attended Prozdor, and her grandmother, Goldie Dantowitz, was also a proud Prozdor alumna. And while many teens stop attending Hebrew School after their b’nei mitzvot, her girls are committed to continuing their Jewish learning.

“Prozdor was a serious place, with homework and expectations and tests. It felt like your first experience in college. In retrospect, I especially appreciate that,” said Rudoren. “The fact that I went to Prozdor throughout high school has shown my kids how easily Jewish learning and community can become part of their lives—and something to carry with them throughout their professional careers.”