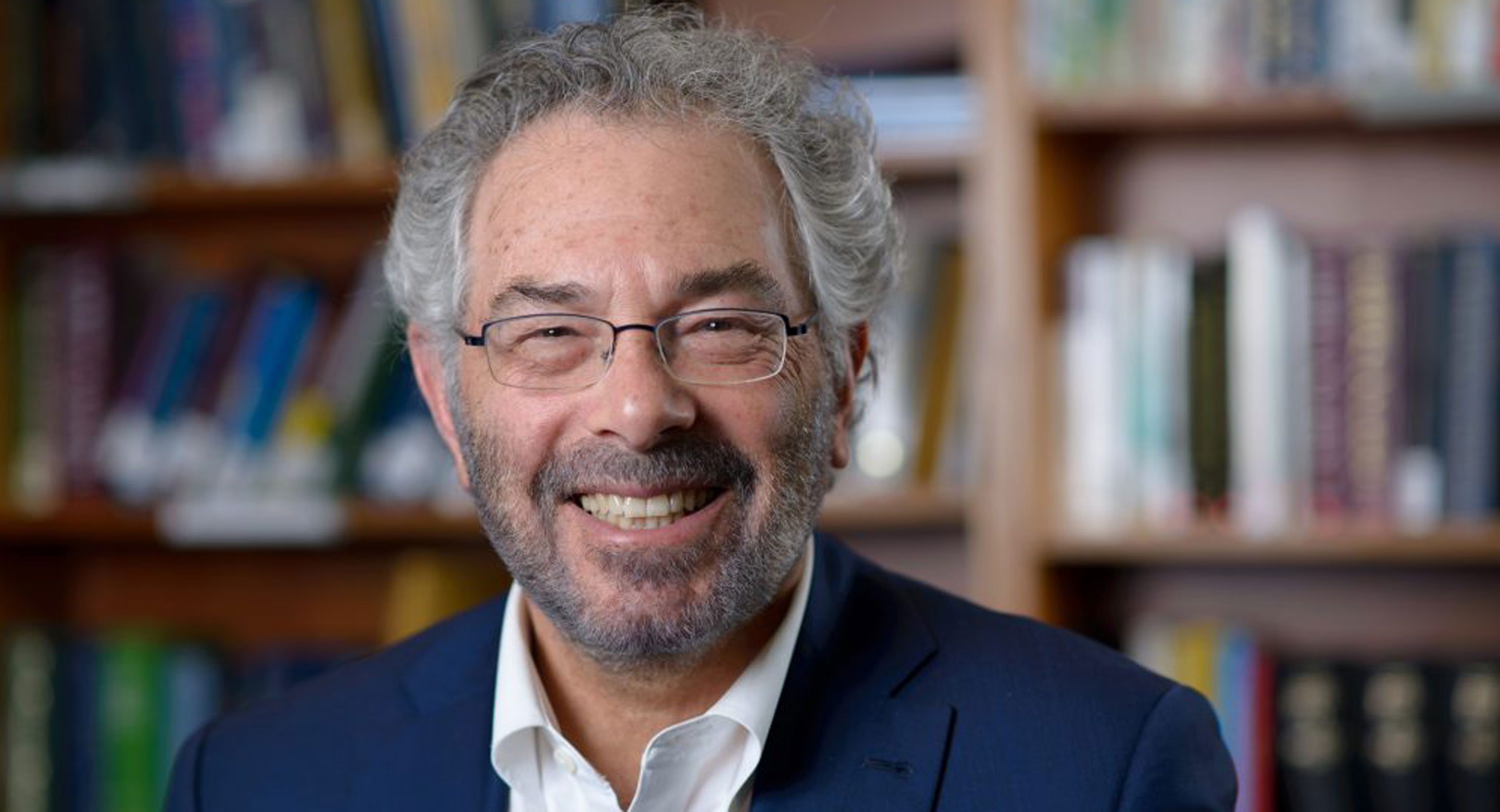 As Executive Director of Tufts Hillel, Rabbi Jeffrey Summit was disappointed when he found out that only 40 percent of the university’s 1,200 Jewish students had been attending Hillel programs.

It was a significant number, but how could Tufts Hillel call themselves successful if they failed to engage the other 60 percent? After all, there were 800 Jewish students on campus who had not been involved.

“I was tired of anecdotal stories of success. I really wanted to track the actual impact — who were we reaching and how?” he said. “So I flipped our success on its back, and we set out to develop programs that could meaningfully engage the 800 students who weren’t involved.”

Now Rabbi Summit, Emeritus Neubauer Executive Director of Tufts Hillel and a research professor in the Tufts Department of Music and Judaic Studies, is bringing that out-of-the-box thinking to Hebrew College, as the first director of the new Hebrew College Innovation Lab.

The Innovation Lab, which launches in September, will support the design and implementation of new student and alumni community-building projects in Greater Boston, ranging from empowering Jewish activists to designing a new minyan to creating more community-wide celebrations, through seed grants ranging from $2,500 to $5,000. Rabbi Summit will lead a group seminar on Wednesday afternoons for Innovation Lab participants, and will also provide one-on-one mentorship and supervision.

“We Jews value tradition and we have a tendency to look to the past as we build communities,” Rabbi Summit said. “But if we are to be thought leaders, we have to be conscious of the profound changes in our current communal landscape. How do we address people’s search for meaning and their hunger for authentic experience in ways that are going to be value added to their lives right now?”

“Over the years, I’ve been paying attention to the ways that Hebrew College has emerged as a hub for innovation and a true pluralistic institution in Jewish life in the United States,” Rabbi Summit added. “I’ve been moved and impressed by the quality of leadership and the outstanding students at Hebrew College. When President Sharon Cohen Anisfeld came to me with this idea, I jumped on the opportunity. I am deeply excited about this project.”

Rabbi Summit said that he saw extraordinary Jewish students graduate from university, but noticed that in their 20s, they were not connecting to established institutions like synagogues and Federations. They were seekers but were not joiners, he said. They were exploring their Judaism in “fluid” ways, and were drawn to very different models of community than found at the institutions built by their parents and grandparents. He said the goal of the Lab is to ask new questions and to find new ways for young Jews to conceive of, connect to, and build community.

“It’s a cliché to say technology and social media have transformed the ways people interact, but I saw it every day in my life at the university. There are profound changes in the nature of conversation, how people decide to engage with community, how one’s ideas about identity and religion are challenged and formed. In the Innovation Lab, we will explore relationship-based engagement, programming from the ground up, and expansive views of Jewish community in addition to how to successfully resource and implement innovative projects.”

Asking new questions, Rabbi Summit said, has always been important in his own life, as well. As an undergraduate at Brandeis in the 1960s, he planned to become an environmental attorney until he shadowed a friend who had gone into the field and realized that he didn’t want to spend his time sitting at a desk. It was only when he reframed the question of “What do I want to be?” to “What do I love to do?” that he began to find answers.

“I found that I was drawn to do work that was more interpersonal and interactive. I wanted to find a way to engage with others in significant discussion about that values that informed our lives, our work, our larger culture. During that time, I met rabbis who were engaged as activists in the anti-war movement and the civil rights movement, people who were asking big questions about civic responsibility, racial justice, what it meant to live in harmony with the earth, and how to have conversations across difference,” he said, “My Jewish tradition had always been an important part of my life: until then it had just never occurred to me that I might make it into a profession.”

Rabbi Summit enrolled in rabbinical school at Hebrew Union College, where he honed his passion for music and storytelling. While studying in Israel during the Yom Kippur War, he joined a band and performed for Israeli soldiers in the Sinai and Golan Heights. And later, while doing his thesis, he did ethnographic field work with the Jews of Yemen, discovering an interest in ethnography. He finished rabbinical school, but after taking the job at Tufts Hillel, returned to the classroom, earning a masters and then a Ph.D. in ethnomusicology, studying music and anthropology at Tufts.

Rabbi Summit’s research and writing focus on music and identity, music and spiritual experience, music and advocacy, and the impact of technology on the transmission of tradition. He is the author of two books, Singing God’s Words: The Performance of Biblical Chant in Contemporary Judaism (Oxford University Press) and The Lord’s Song in a Strange Land: Music and Identity in Contemporary Jewish Worship (Oxford University Press). He also created two award-winning albums, Abayudaya: Music from the Jewish People of Uganda (Smithsonian Folkways Recordings), which was nominated for a GRAMMY, and Delicious Peace: Coffee, Music and Interfaith Harmony in Uganda (Smithsonian Folkways Recordings), which was awarded Best World Music CD by the Independent Music Awards. His most recent work in ethnomusicology looks at the role of music in social justice work.

Rabbi Summit is also interested in examining the values that shape meaningful and fulfilling lives. He co-teaches a summer seminar addressing those issues at the Tufts European Center in France entitled “What Happens Next?” He also co-directed a project funded by the Department of Homeland Security establishing Muslim, Jewish, Christian dialogues and inter-religious education on five university campuses. And since retiring as Hillel director, he has served as a Senior Consultant for Hillel International, directing the project “Living Our Values.”

When Rabbi Summit started at Tufts Hillel, the office was him and a part-time administrator. When he stepped down, there were nine full-time staff members housed in a new Hillel Center. The organization had become an integrated part of the university, with a $1.5 million annual budget – a campus center of education, celebration, community and social justice for both Jewish and non-Jewish students. In his role as executive director, he mentored staff and students as they conceived and implemented a broad range of programs. And that’s what he will help Hebrew College students and alumni do through the Innovation Lab.

In his seminar, he will encourage Innovation Lab grant recipients to examine their core values, look closely at their communities, to assess needs and constraints, and to work together to solve problems and implement solutions. They will learn to fundraise and develop resources, to mentor and support one another, and to ask questions, listen actively, and have authentic and sometimes difficult conversations – within the pluralistic approach of Hebrew College – as well as to organize others in the community.

“People feel so concerned about the future of the Jewish community but I see this next generation as incredibly creative and inventive in addressing a broad range of social, cultural and political issues,” Summit said. “We have to empower that creativity in their Jewish lives as well. We have a profound responsibility to both listen to the direction that they feel they need to go and to use our experience and resources to design opportunities for personal and communal innovation.”

Summit continued, “This work is about transformation. Jewish life in North America is a very large ship and it’s hard to alter its direction, but every ship has a rudder and if you move the rudder, you can move the entire ship. The Jewish leaders, rabbis, educators coming out of Hebrew College are a rudder that can move the Jewish community towards a passionate engagement with Jewish values, celebration and tradition. We move them and we transform our future.”