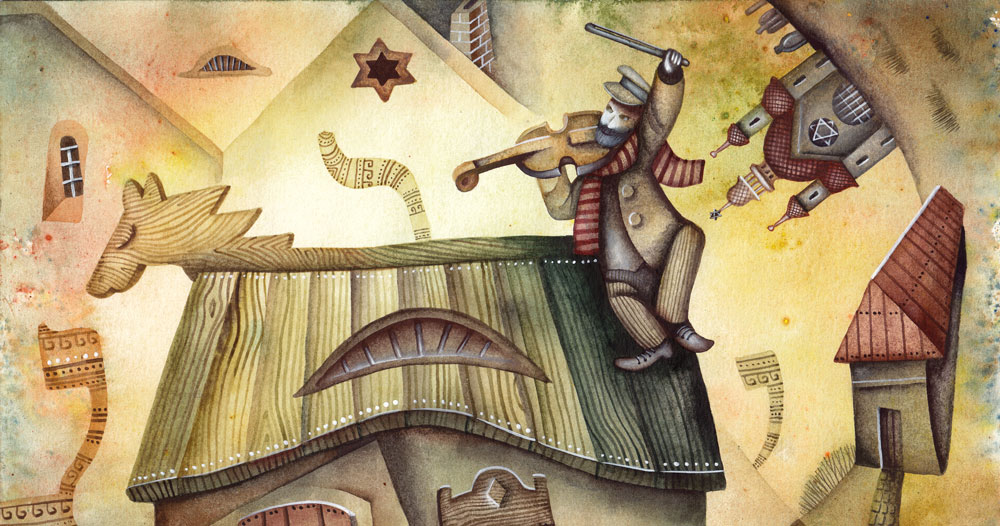 Over the years, “Fiddler on the Roof” has become the poster child for Jewish-American theater. The story of a father trying to keep his family and traditions intact, despite trying times in their shtetl, “Fiddler” can be credited with bringing Jewish stories into the mainstream, where before they might have only played in New York’s Yiddish Theatre District.

This winter, as we continue to grapple with our own challenging times, Hebrew College is offering two different perspectives on this timeless musical:

“Fiddler On The Roof is about a father clinging to and wrestling with tradition against ever-changing times,” said Lazar, a Hebrew College Open Circle Jewish Learning instructor who received his M.F.A. in theater at The Boston Conservatory at Berklee. “Now, over a century past the time in which Fiddler was set, and 56 years since it debuted on Broadway, young Jews face the challenge of preserving their heritage while adapting to tumultuous social and political climates.

The Me’ah select class, part of Hebrew College’s intensive community learning program, is an outgrowth of a class offered in the fall to members of the Hebrew College choir-in-residence, Kol Arev, along with community education students. The class will focus on the recent off-Broadway Yiddish Fiddler production from the viewpoint of the performer. Students will learn the Fiddler music, including Yiddish lyrics, as well as acting skills, and the backstage theater craft that go into creating a performance of the Yiddish Fiddler. They will also explore the history of the Yiddish language and the Jewish Music of Eastern Europe.

As part of the course, students will speak with the stage manager, the wardrobe supervisor, and the audio supervisor of the production; have an acting session on building a stage character and a coaching session on Yiddish diction. There will also be a round table discussion with members of the original cast of the Yiddish production of Fiddler on the Roof.

“In case you haven’t heard, figuring out how to sing together during a pandemic involving an airborne virus is quite a challenge. Our current technology—while awe-inspiring and nothing short of a lifeline these days—is no substitute for singing in person together. But we are undeterred!” Lieberman and Torgove wrote in a blog post about the class. “Now anyone currently in need of a musical/theatrical experience can learn alongside Hebrew College student members of Kol Arev,”

“Beyond Fiddler,” a less-intensive class for young adults, will present the history of Jewish-American theater from the early 20th Century until today through the viewing/reading and discussion of a collection of modern plays and musicals, some written by Jews, some written by non-Jews, all written with Jewish themes and content. Lazar performed his own solo cabaret show, “Songs from Second Avenue,” featuring hit songs from the Yiddish-American stage, in 2019.

“Beyond Fiddler takes advantage of what theatre does best: promoting introspection and discussion,” Lazar said. “Jews in their 20s and 30s are already shaping the world for generations to come. What does it mean to be Jewish in America today? What will it mean tomorrow? Which traditions will we cling to, and which will we wrestle with?”

Learn more about both classes and Hebrew College’s other winter/spring community education offerings on our website and/or our course guide.

We are able to post stories like these because of you. To see more stories and support Hebrew College’s Community Education programs, please consider making a gift to Hebrew College.