Centennial “Lawyering” for a Cause 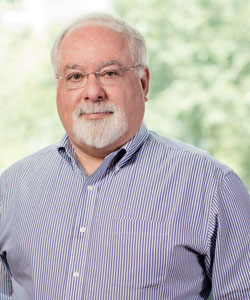 Since joining the Hebrew College Board of Trustees in 2008, Jack Eiferman has dedicated countless hours and pro-bono legal work to renewing Hebrew College and revisioning the College for the future.

A business and non-profit lawyer, he has helped resolve financial struggles, solve structural puzzles, and identify solutions to sustain and strengthen the institution. Most recently, he served as a leader in Hebrew College’s decision to move to a new shared campus on Washington Street in the Auburndale neighborhood of Newton. Hebrew College will join eight other Jewish organizational partners in early 2023.

This spring, Hebrew College will celebrate Eiferman for his continued commitment and dedication to the institution and all that he has done to renew and reimagine the future of Hebrew College at the College’s 100th birthday spring celebration, “Remember. Renew. Reimagine.”

“Jack’s dedicated work as a board member at Hebrew College for so many years now—most often done quietly and behind-the-scenes—has been nothing less than transformative. I am deeply grateful for his wise and steady counsel on issues small and large, his focus on what matters most, his gentle way of raising issues both honestly and respectfully, his ability to bridge differences, and his steadfast ability to bring us back, again and again, to the heart of our educational mission. For all this and so much more, it is truly an honor to honor him,” said Hebrew College President Sharon Cohen Anisfeld.

Eiferman has been connected to Jewish learning throughout his life. He attended a modern Orthodox yeshiva in Brooklyn, New York, for elementary school, where, he says, he received “a significant foundation in both Hebrew knowledge and language,” as well as a foundation for lifelong Jewish learning.

In college, he spent a summer studying at Hebrew University and traveling around Israel, resurrecting his elementary school Hebrew, while learning the nuances of Modern Hebrew. When he first arrived, he remembers a cousin remarking, “‘Your Hebrew isn’t bad, but it sounds like you just walked out of the Bible, like you were talking to Abraham.’ By the end of his stay, he spoke with a bus driver, who didn’t realize he wasn’t Israeli until an hour into their conversation. Hebrew has been part of him ever since, as has his passion for lifelong learning.

So in the 1990s, when he saw a flier about early morning Talmud and Torah classes in downtown Boston, a precursor to today’s Hebrew College Me’ah program, he jumped at the opportunity to continue his Jewish learning. He joined other professionals at a law firm downtown, and later hosted the group at his own office.

“I think it’s a really lovely thing, a way of integrating into daily or weekly life a time devoted to learning that is separate and apart from religious observance,” he said. “There is something core in Jewish culture and Jewish practice. Learning is not just for the rabbis, it is not just for people studying in a yeshiva, it is for everyone, and adult education is a way of fulfilling that idea.”

And while he no longer takes early-morning classes downtown, Eiferman does continue to study at Hebrew College. Medieval Spain and 20th Century America are his foci this semester, which he says, “captures the breadth of opportunities for learning and shows that there’s always more to be learned.”

And, he says, one of his greatest joys in being on the Board is that he has continued to grow and learn as an individual.

“For me, it has been a growth experience because I had to figure out how to not be the lawyer on the deal, which is the hat that I usually own in these kinds of situations, and to be more like the client,” he said. “As a lawyer in a private practice, I have not suffered from intellectual stimulation. But Hebrew College has been a wonderful space to focus on something other than current social issues or business needs of a particular client.”

Eiferman adds that while he initially joined the board to bolster adult learning opportunities in Greater Boston, he is especially excited about what the campus move could mean for continuing education. “I’m feeling incredibly optimistic about the future. I’m hoping that the move to the College’s new home will provide a real laboratory for figuring out how best to respond to congregational needs for adult education. Sharon is just fabulous, and the Boston Jewish community is vibrant and strong. I think we are well positioned to continue to grow.”

Join us! Hebrew College’s hybrid Centennial Celebration will take place on June 2, 2022 with options to attend in person at Temple Beth Elohim in Wellesley, MA or online. For reservations and tributes, click here.