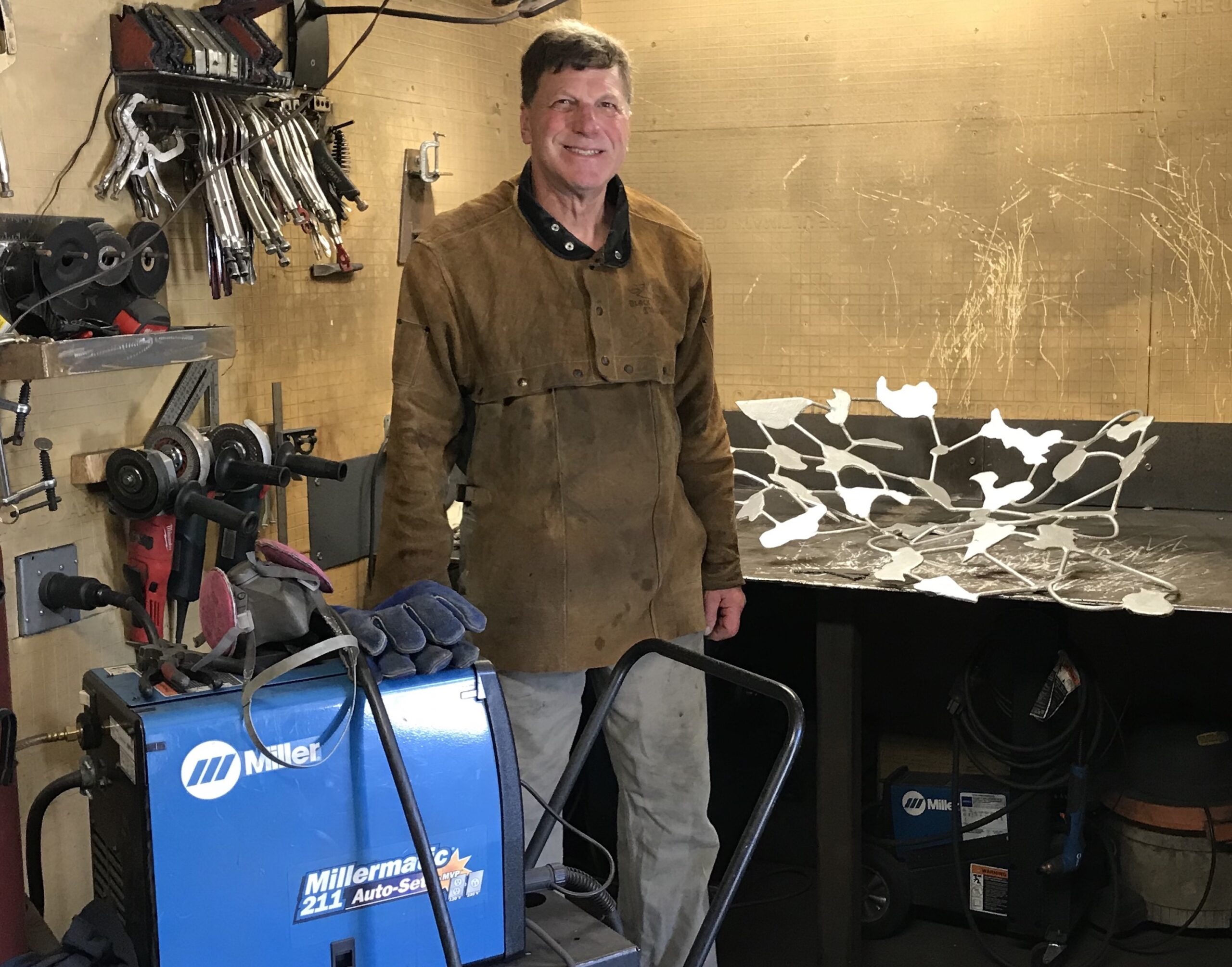 When I signed up for Me’ah Classic in 2017, I had no expectation that my two-year Jewish history journey would have such a profound impact on my art making. You see, when I retired after 40+ years in a variety of work settings—fundraising, stay-at-home dad, building contractor, social worker—my intention was to devote my time to making sculpture, a lifelong-but-postponed passion. Finally, I had the time and commitment to become an artist.

It took four years and the constant nudging of numerous friends who said, “you’ve got to take Me’ah, you’ll love it,” to finally sign up for the course. I knew that part of my reluctance in starting Me’ah Classic was I didn’t want ANYTHING to distract me from spending time in my studio. Then a close friend decided to join me in the same class and that sealed the deal.

I’ve been attending synagogue since my days growing up in Wilmington, Delaware, and have done the same since moving to Boston in 1973, after Sherry Grossman and I got married. I’ve read a lot about Jewish history and literature and traveled to Israel many times. What was missing from my education was the “big picture,” the breadth and depth of Jewish thought.

Me’ah gave me that perspective and—more importantly—dynamic instructors and energetic classmates. I quickly realized that Me’ah had been the missing piece in my Jewish education.

Little did I know that attending these classes, reading articles and books, and participating in animated discussions with my classmates, week after week, would fundamentally inform my artwork! Me’ah really got into my kishkes! I started to have dreams about Jewish-themed sculpture and daydream during class about a sculptural idea based on something that came up in our discussion. When I became a sculptor, creating Jewish-themed art was the farthest thought from my mind. And yet here I was, doing just that.

Since then, I’ve made many Jewish-themed pieces, including a sculpture called “1-800-Call-God,” a tribute to Rebbe Nachman of Breslov and hitbodedot (self-isolation); “The 13 Acts of Creation,” a reflection on the 13 acts of creation that are discussed in Beresheet; and, currently, “The Orchard: Trees in the Garden of Eden,” a consideration of the trees in Gan Eden, which will be shown at an outdoor sculpture show in Brookline from June through September.

How do artists do their work? It’s something I learn about each day. How did I realize that lost gloves I found during my winter walks represented loss and loneliness? How did the silver cutlery a friend gave me come to represent the horror and devastation of the Sandy Hook massacre? And finally, how did my weekly Me’ah class find its way into the thinking and making of sculpture? I’m really not sure, but it did.

Allen M Spivackis a self-trained artist who lives in Jamaica Plain, MA. His studio, OMOS Studios  (the Other Man Of Steel) is located in a converted garage space. A graduate of Me’ah Classic, Hebrew College’s two-year community learning program, he is an avid reader of art history and the lives of individual artists. His work reflects a wide range of themes and stories, inspired by social justice issues, Jewish themes, personal events or flights of the  imagination.