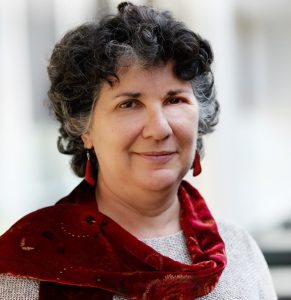 We give honor to God’s name for God’s ḥesed, kindness. The Talmud teaches us that the Torah begins with kindness and ends with kindness

As Rabbi Simlai expounded: In the beginning of Genesis, God makes garments for Adam and Eve, and at the end of Deuteronomy God buries Moses (B. Sotah 14a). Rabbi Simlai’s statement tells us that all of Torah is filled with God’s ḥesed.

The psalmist, however, goes beyond ḥesed and states that we give praise for both God’s kindness and truth. Why does he choose these two traits? We must look to the book of Genesis to see how they work as a unit. There, they come together as a hendiadys, a single idea expressed in two words. Jacob, on his deathbed, requests that his son Joseph deal with him in ḥesed ve-emet and not bury him in Egypt (Genesis 47:29). A midrash picks up on the language and asks: “Is there a ḥesed of falsehood (sheker), that he says ḥesed and truth (emet)?” (Genesis Rabbah 96:5).

The pairing of these words must mean more. The verse speaks of a true ḥesed, a ḥesed that goes beyond the norm, a ḥesed for which one expects no compensation. When Miriam waits by the river and watches to see what will become of Moses, she exhibits an act of true ḥesed. On the eve of the redemption from Egypt, when all of Israel is busy fulfilling God’s command by collecting gold and silver, Moses wanders around the city for three days and three nights searching for Joseph’s burial site. Seraḥ bat Asher, in her endless acts of ḥesed, meets Moses and tells him that Pharaoh’s astrologers, knowing of the Israelites’ promise not to leave Egypt without Joseph’s bones, placed his body in a fifteen-ton coffi and threw it into the river. Moses then stands on the bank, much as his sister did decades earlier, and calls to Joseph. When the coffin miraculously rises to the surface, Moses emulates his adoptive mother, the daughter of Pharaoh. With the same ḥesed ve-emet with which she drew his basket in from the Nile, he draws the coffin from the water. He places it on his shoulder and carries it to freedom. For this act of true ḥesed, God proclaims,“I will personally see to your burial” (Deuteronomy Rabbah 11:7).

This act of God, attending to Moses’ burial, in turn, shows all of us how to conduct our own lives. “Rabbi Hamma son of Rabbi Hanina asks: ‘What is the meaning of the verse, “After the Lord your God you should walk?” (Deuteronomy 13:5). How can we walk after God? Isn’t God a devouring fire? (Deuteronomy 4:24). Rather we should follow God’s ways.’” We should look to God as a teacher and role model. Just as God buried Moses, so too we should bury the dead. (B. Sotah 14a). Just as God performs acts of ḥesed ve-emet, so should we.

I would go a step further. God, in the very act of teaching, has already demonstrated ḥesed ve-emet. The courage to teach does not come easily. As Parker Palmer writes, “The courage to teach is the courage to keep one’s heart open in those very moments when the heart is asked to hold more than it is able.”1 A good teacher goes far beyond any monetary compensation provided. The hours upon hours of preparation, the giving of one’s soul cannot be compensated for with money. True compensation comes when the student has internalized the teaching and carries it forward. Unlike the Divine, however, human teachers are never given the privilege of witnessing the full effect of their words. The positive ripples in the universe that result from holy teaching are impossible to track. They are a binyan adei ad, an invisible, eternal structure that travels into the future. When a dedicated teacher teaches Genesis and Deuteronomy, she has taught all of Torah, so to speak, embodying a merismus of ḥesed ve-emet that knows no temporal or spatial boundaries.