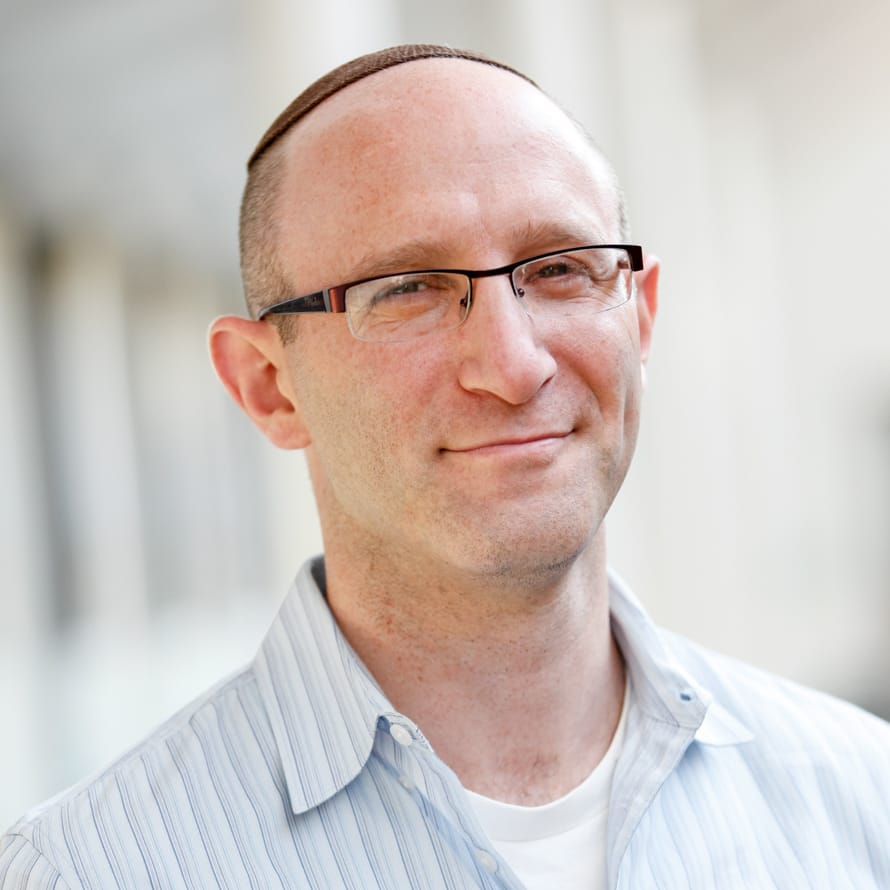 Last spring, a Federal Reserve survey reported that 47% of people living in the United States could not come up with $400 in an emergency.

The striking thing about this statistic is not that some people would struggle to pay for unexpected expenses like basic car or home repairs, but that nearly half of the country would.

The world we inhabit and the lives we lead could unravel at any moment, individually and collectively. In the U.S. we have had to acknowledge that our civilized democracy is not a given, that a descent into hatred, violence, and chaos is possible even here. The anxiety for many people about the 2016 Presidential election and subsequent years of turmoil is at least in part a result of the confrontation with our personal and national vulnerability that we had not thought to be lurking so close to the surface.

The world of instability is the world of the biblical Jacob. Perhaps no patriarch lived a more consistently tumultuous life. His life leading up to this week’s parasha, Vayeshev, has been punctuated with repeated experiences of the given world being turned upside down. From his and his mother’s familial engineering to reverse the birth order so he could appropriately carry on the family legacy, to his marrying Leah in the dark when he thinks he is marrying her sister Rachel, to his father-in-law Lavan’s ongoing dissembling, to his fraught reunion with his twin Esau—one he is sure will be his end but he instead proves triumphant—Jacob regularly experiences a topsy-turvy world in which the reality he thought he was inhabiting keeps being overturned.

So when we encounter the opening words of this week’s parasha, “Jacob was settled in the land of his father’s sojourning” (Genesis 37:1), it is a stunning and confusing moment.

Jacob was settled? Can that really be? After all those years of turmoil, after his perpetual instability and vulnerability, is he finally able to settle down and live a more predictable, stable life?

One possibility is that Jacob is deceiving himself, and the violent fraternal events of the parasha that are about to unfold will confirm that. A rabbinic midrash suggests that this description of being settled only reflects Jacob’s inner “quest to dwell in contentment” (Genesis Rabbah 84:2). Jacob is not actually settled, but he wants to be settled. According to this midrash, his understandable desire is nevertheless very problematic. Because of this longing, “the disturbance of Joseph is joined to him.” That is, Jacob somehow invites the disturbing events of Joseph and his brothers because he is more consumed by his desire for a peaceful life than the actual reality of his life.

When we close our eyes to the unsettled reality beneath the veneer of the stability of our lives, we can be caught off guard by it and possibly even foster its emergence. The story of Jacob, then, is a cautionary tale; it reminds the many of us feeling destabilized by the political turmoil of the last two years that we, too, have been like Jacob, complacent in our sense of stability and blind to the possibility that our democracy and commitments to equality and justice for all could potentially fairly easily be subverted.

Another reading of this verse offers us important wisdom about our current and perennial destabilized reality. In returning to dwell in his ancestral land, Jacob does not just come to a particular place, but to a way of life. The Maor va-Shemesh, a late 18th-century Hasidic rabbi, asks an astute question about the beginning of the Amidah, a series of 19 blessings that constitutes the central prayer in Jewish liturgy, traditionally recited three times a day. The opening blessing praises God as “God of Abraham, God of Isaac and God of Jacob”; why the repetition of “God of”? It would have been sufficient to say “God of Abraham, Isaac and Jacob.” The answer, he says, is that each of the patriarchs did not want to follow the “rote practices of his father…Every person must follow their own religious path and call God by their own name that comes from their own effort.”

In settling in the land of his ancestors, Jacob both embraces the path he inherited from his parents and grandparents, and charts his own course that reflects his own experience of God. One of the most profoundly stabilizing forces in an unstable world is to locate our lives within a larger context. It reminds us that we are not alone to cope with the gift and challenge of being alive, and grounds us in a timeless conversation of meaning.

More than that, as we know, the tradition Jacob is finding himself within is one of movement. Abraham is told at the inception of the Jewish project to “go forth” (Genesis 12:1) and later to “walk before” God (Genesis 17:1). Abraham is referred to as ivri (Genesis 14:13)—literally, “one who crosses over”—and his self-understanding in the land of Canaan is that he is a ger v’toshav (Genesis 23:4), a “stranger that dwells” among the people of the land. In fact, the word ger, stranger, shares the same root as the word in this week’s parasha for sojourning, migurei. Wandering, boundary crossing, and a kind of instability and uncertainty are at the core of this nascent way of life.

For Jacob to dwell in the land of his father’s sojourning is to embrace this reality of movement and instability – to strive to know and be at peace with the uncertainty at the core of our existence.

In an unstable world, Jacob is a cautionary tale about hiding from uncertainty, and an exemplar of a wise response to it. His model urges us to locate our lives in grounding and affirming narratives, and in the deepest values of our nation and our faith tradition, while recognizing that uncertainty is part of the human condition. Connected to both what is enduring and what is ever-changing, we will be better able to work with skill, hope, and perseverance—for justice, equality, and love.

Rabbi Daniel Klein is the Associate Dean for Admissions and Student Life for the Hebrew College Rabbinical School, where he was ordained in 2010. He also serves also the Rabbi in Residence at The Boston Synagogue. A lifelong seeker, Rabbi Klein lived, studied, and worked in Chicago, San Francisco and New York before finding his way back home to Boston. He now lives with his family in his hometown of Newton, MA.