Exodus Giving Up Something of Our Inner Selves 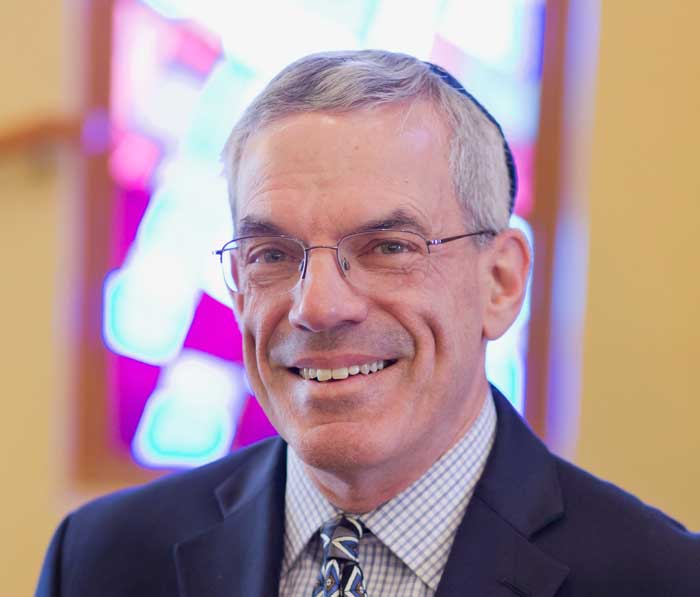 This week’s Torah portion, Tetzaveh, contains an interesting anomaly; it is the only portion in the Torah (after the Book of Genesis) that fails to mention Moses by name. According to the Tur, a medieval commentator, the omission is no accident but results directly from an earlier episode. When God, in divine wrath, was about to destroy the Israelites for worshipping the Golden Calf, Moses pleaded before God: “Alas! This people is guilty of a great sin… If You will not forgive their sin, then blot me out from Your book which You have written.” (Exodus 32:31-32) God acquiesced to Moses’s passionate, self-effacing plea, but erased Moses’s name anyway—from Tetzaveh!

In Tetzaveh, the focus shifts completely away from Moses onto his older brother Aaron (whose name repeats seven times in the first paragraph). Although Moses has led the people so far, Aaron, not Moses, is to serve as High Priest. Hence, the entire portion proceeds with detailed instructions regarding the priesthood: the lighting of the menorah, the lavish description of the priestly garments, and the intricate ceremony for the priestly investiture.

According to Midrash, Moses was disappointed at being passed over for the priesthood, but his magnanimity prevailed: “Moses told Aaron: God instructed me to appoint you High Priest. Aaron replied: you have labored so hard on the Sanctuary, and I am made High Priest? Moses said: Just as you rejoiced when I rose to greatness, so I now rejoice in your greatness. As you live, even though you have become High Priest, I feel as though I had become High Priest.” (Tanchuma Shemini 3)

What does a priest actually do? When we think of priests, we might visualize a Christian cleric presenting the wafer and wine to his parishioners lining up to receive the body and blood of Christ. Rabbis too are called to perform priestly functions, as when I stand before the bride and groom under the chuppah, or when I lay my hands upon the Bat Mitzvah girl’s head and intone the ancient priestly benediction over her. In such instances I, like the Roman Catholic priest, serve as the conduit for divine blessing.

For the priest to fully assume his role, his own personality must disappear. On the verses in Tetzaveh: “you shall clothe them in tunics, wind turbans upon them, and gird Aaron and his sons with sashes. So shall they possess the priesthood as their due for all time,” (Exodus 29:9) the Talmud comments: “At the time their raiment is upon them, their priesthood is upon them. When their raiment is not upon them, their priesthood is not upon them.” (Zevachim 17b) In other words, clothes make the priest. The costume renders the person underneath irrelevant; only the outer appearance and display matter.

How many times I’ve come home from a wedding and joked to my husband: “As soon as they smashed the glass, I felt like a piece of furniture!” Talk about loss of individuality! To the degree that any of us are in the position to serve others, we must subordinate our own desires and proclivities in order to devote ourselves to the task at hand. Regarding the priest, Biblical scholar Avivah Zornberg writes about the possibility for dissonance between inner intention and outer performance. However, dissonance evaporates whenever any of us single-mindedly focus our attention toward others—as their parent, friend, teacher, or in any other position we may occupy—because at such times we align our will with their good.

Once, as hospital chaplain, I visited an evangelical Christian patient. We started reading the New Testament together, trading examples of His (sic) grace, each animating the other. She talked about abandoning herself to Jesus, and as I cheered her on, she exclaimed: “Praise Jesus! Praise the Lord!” I responded: “Amen! Hallelujah!” and then we both laughed out loud—because what’s a Rabbi doing affirming the Lord Jesus?!

Until that moment, I had always struggled between my inclination to pray with Gentiles and unease around betraying my own Jewish identity. This time, there was no tension at all. I felt entirely joined with the patient. It was as if I temporarily forgot who I was; I underwent what the Hasidic sages term bittul, “self-abnegation.” Reflecting on the experience now, I realize that my sensation of loss-of-self exactly mirrored the patient’s surrender to Jesus. Hers was simply different vocabulary for what I would call avodat Hashem, that is, abdicating my own will in order to serve God’s will.

The well-known song Hinei Mah Tov is an idyll of harmony: “how good and pleasant it is for brothers to dwell together in unity.” Its original context (Psalm 133) clarifies that the “brothers” are none other than Moses and Aaron. In fact, the next verse captures the very moment when Moses turns over the priestly mantle to his older brother by anointing him with “fine oil upon the head, running down upon the beard, the beard of Aaron…” and here the poet expressly references the vestments characterizing the priestly office, “…over the collar of his robe.” (Recall that Moses’s humility and generosity facilitated Aaron’s ascent to the High Priesthood.)

Of course, Hinei Mah Tov is not just about Moses and Aaron; it’s about all of us. Moses renounced the priesthood in favor of his brother Aaron; Moses forfeited mention of his own name in Tetzaveh to intercede on behalf of the people; the religious officiant suppresses her individuality to fulfill her ceremonial duties; the hospital chaplain sets aside his own theology for the sake of the patient; the institutional leader may restrain personal ambition for the sake of her followers and the organization as a whole. At various times and in various roles, we are all called to give up something of our inner selves so that we may enter into relationship, fulfill our responsibilities to one another, and “dwell together in unity” as brothers and sisters.

Jewish learning I’d Like to Exchange these Curses for Blessing, Please?