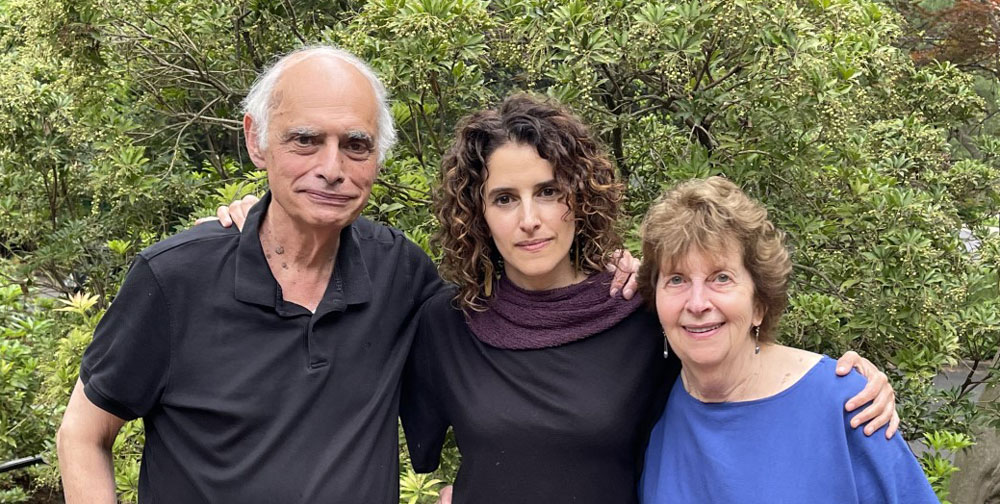 So when Rabbi Meyer, `14, and her parents, Roger and Sheila Meyer, learned about Hebrew College’s new shared campus on Temple Reyim’s property in Newton, they felt a special bond with the new initiative. Together with Jessica, Roger and Sheila made a donation to the Hebrew College Capital Campaign, ”Branching Out, Building Together,” in honor of their 56th anniversary. 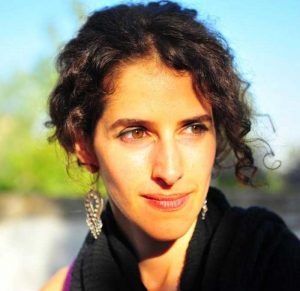 “When we heard that the campus is moving to Temple Reyim, we felt that it was doubly blessed,” said Rabbi Meyer, Rabbi / Hazzan at the Kitchen in San Francisco. “And we feel the excitement and energy around this move; for this campus of vibrant Jewish organizations learning from and with each other.”

Roger and Sheila Meyer found Temple Reyim through a friend, while they were working at the Massachusetts Mental Health Center. A year after their wedding, they left Boston for a two-year stint in Bethesda, MD, while Roger worked at the NIH. They returned to the Boston area in 1968, and later joined Temple Beth Elohim in Wellesley for several years, before moving to West Hartford, Connecticut, where they were members of Temple Beth El, a Conservative congregation. They have lived in Washington, D.C. since 1993. But they still have fond memories of their wedding at Temple Reyim. 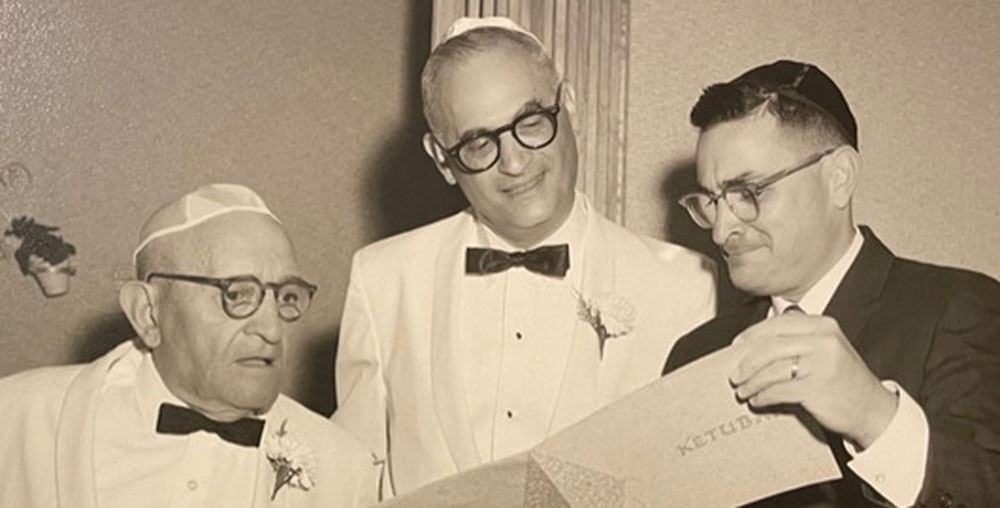 “When we saw the announcement, we immediately thought about our wedding. I wish we had more of a story to tell!” Roger Meyer said. “It was certainly meaningful to us to have had the wedding at Temple Reyim. The photograph [above] shows the feelings of my father and grandfather as they viewed the Ketubah with Rabbi Keival.”

“Hebrew College prepared Jessica well for her dual roles as Rabbi and Cantor. In the most wonderful ways, It deepened and strengthened her remarkable spirituality,” Roger Meyer added. “We feel a deep sense of gratitude for Hebrew College and are excited about the College’s next chapter. The geographic co-location of Temple Reyim and Hebrew College has tremendous potential for both institutions—and for the future of Judaism in the Boston area and in the nation.”

If you would like to discuss a Capital Campaign gift or Naming Opportunity, please contact Rosa Franck, Director of Development at Hebrew College.