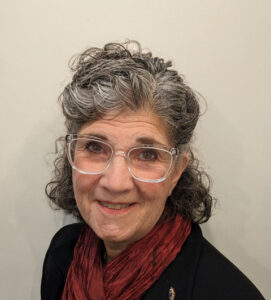 “I loved the little Hebrew that I learned as a kid in Hebrew school, but when I began to study Hebrew again, as an adult, it just became obvious to me that this language belonged to me,” Janet Buchwald, a nine-year veteran of Hebrew College Ulpan, said. “The other languages that I studied in high school and college were wonderful to know, but I don’t have any family background that’s French or Italian. They weren’t mine. But Hebrew was my language.”

Buchwald, a theater director by training and retired frame shop owner, always loved languages, especially Hebrew. And the Hebrew College’s modern Hebrew language Ulpan program has helped cultivate the sense of belonging and community she finds in the language.

Ever since she was a teenager in Brooklyn, NY—what Buchwald calls “the Jewish capital of the world, outside of Israel,”—she’s aspired to fluency in the language that helped characterize her Jewish heritage. “The world in Brooklyn felt very Jewish to me,” she said. “Hebrew was an extension of my Jewish identity. And owning it became a deepening of that identity.”

Although Buchwald had planned to participate in a high school program in Israel in the summer of 1967, the start of the Six Day War put her goal to speak Hebrew on hold. In 2012, Buchwald and her husband closed their frame shop, and she decided to finally start her journey to fluency in modern Hebrew. With the exception of a single semester due to technological difficulties when the classes moved online because of the pandemic, she’s been enrolled in Hebrew College Ulpan courses ever since.

When she started with Hebrew College, Buchwald recalls that her teacher “ shared with me a rigor for grammar and literature… She really opened my eyes to a lot of culture. You can’t study a language without entering the culture. And I think that’s one thing people at Hebrew College’s Ulpan understand.” The instructors bring to the table Israeli movies, shows, songs, and culture to broaden vocabulary but also to introduce students to the world of the Hebrew language.

The door to Israeli culture is now open for Buchwald. “The Hebrew speaking world got the TV shows first. Everyone is talking about Shtisel, while we watched it several years ago.”

Buchwald is more than a student; she considers herself a natural teacher, always eager to share what she’s learned with others. So, she teaches biblical and prayerbook Hebrew to adults at her local synagogue in Sudbury, MA and tutors bar/bat mitzvah students in synagogues throughout Metrowest area.

“Just do it,” Buchwald says to anyone considering Hebrew College Ulpan.