Genesis Are these blessings really mine? 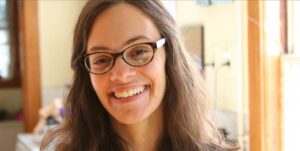 Not long ago, a young man approached me in the parking lot of the synagogue where I serve as the rabbi. He wanted permission to park his car in our parking lot overnight. He would be sleeping in his car. It felt safer than parking somewhere more public, he said.

The man had lost his home in the California wildfires and made his way to Massachusetts, where he had hoped to stay with a family member, but it hadn’t worked out. He was sleeping in his car while he waited for a bed in a shelter, but since priority goes to families, there was no guarantee about when that might be.

We were able to offer some blankets, a hot meal, and phone numbers for some of the extraordinary organizations and individuals offering direct services in our community, the people who have the best chance of getting him a spot in a shelter, housing assistance, food stamps. We offered those things, and then we went home, to our warm houses and full bellies.

The painfulness of walking away from a human being in need. The complexity of figuring how to help a stranger in a society structured around keeping us separate, teaching us to fear the other, and concentrating wealth in the hands of a few. These were among the questions my synagogue staff and I were asking. We also wondered: Why me and not him? Why him and not me? These blessings I have—a warm house, a full belly—are they really mine?

In our parsha this week, Vayishlach, our ancestor Jacob faces existential questions about whether the blessings he has received are really his. A few weeks ago, we read in Parshat Toldot how Jacob, with the help of his mother Rebecca, deceived his father Isaac in order to steal, so to speak, Isaac’s “soul’s blessing,” which was intended for Isaac’s firstborn son Esau. Thinking it was Esau, Isaac bestowed the blessing on Jacob. Jacob, in a sense, intercepted the blessing—it was directed towards someone else, but he, standing in the way, grabbed it.

Since then, Jacob has come into his own, but he has continued to wonder about his right to the blessing he received from his father. His brother’s anguish at losing the blessing turned to anger, which forced Jacob to flee their home. He traveled to Paddan-Aram, married twice, worked for many years, fathered 13 children, and experienced his own betrayals as well as tremendous success. Our parsha finds him traveling with a huge camp—wives, children, servants, animals, tents. Preparing to pass through Esau’s land, he learns from messengers that Esau himself is coming to meet the entourage. The night before this encounter, Jacob sends his whole camp ahead of him, and the text tells us:

“Jacob was left alone. And a man wrestled with him until the break of dawn.” Jacob is injured, but neither prevails over the other. Finally the man says, “‘Let me go, for dawn is breaking.’ But he answered, ‘I will not let you go, unless you bless me.’ Said the other, ‘What is your name?’ He replied, ‘Jacob.’ Said he, ‘Your name shall no longer be Jacob, but Israel, for you have striven with beings divine and human, and have prevailed.’”

It is a ripe moment. It is impossible to miss the psychological significance of Jacob’s midnight wrestling with a mysterious figure the night before he has to face his past, the brother he betrayed. Rashi invites us to read this whole encounter as Jacob struggling with his right to the stolen blessing. When Jacob says, “I will not let you go until you bless me,” Rashi understands him to be saying, “Admit my right to the blessings which my father gave me and to which Esau lays claim.”  Despite his material success, he still craves affirmation. He has no idea whether or not Esau still lays claim to the first born’s blessing, but he is not settled about it within himself.

This experience of wondering about our blessings— it’s human. It can come up when, like Jacob, we know we have compromised our values in order to gain something.  And it can come up in relationship with someone who does not have what we have.

In Jacob’s world, rights, rewards, and punishments are bestowed by God. Success flows from finding favor with God, unlike in our world, where access to resources like wealth and health is powerfully shaped by structural realities, by power and privilege. The Torah teaches that all humans are created in the Divine image. Today, we understand that we are equally worthy of access to certain resources. You may have worked hard to achieve something, but that doesn’t make you more inherently worthy of comfort and safety, dignity and freedom. You may have made mistakes or poor choices, but that doesn’t make you any less worthy of comfort and safety, dignity and freedom.

When we encounter someone who does not have access to those things, it is good to wonder about it. It is important to wonder why you get to go home to a warm house and a full belly, while someone else is considered lucky to have a car to live in. It should make you feel grateful; it should help you remember that material success is ephemeral, and it should inspire you to build a world where no one goes without a home, and no one has a hungry belly.

Rabbi Leora Abelson, Rab`17, serves as a rabbi at Congregation Agudas Achim in Attleboro, MA, Brigham and Women’s Hospital in Boston, and with a Shabbat minyan (prayer gathering) for members of the Jewish Voice for Peace Boston chapter. Leora is passionate about queer embodied theology and making the ancient wisdom of the Jewish tradition accessible to social movements and anyone building a just and peaceful world.

Interested in a possible career in the rabbinate? Read Rabbi Dan Judson’s article “Jewish Lessons on Meaningful Work.” Rabbi Judson teaches history, oversees the professional development program, and serves as the placement director for the Hebrew College Rabbinical School. He has a PhD in Jewish history from Brandeis University.