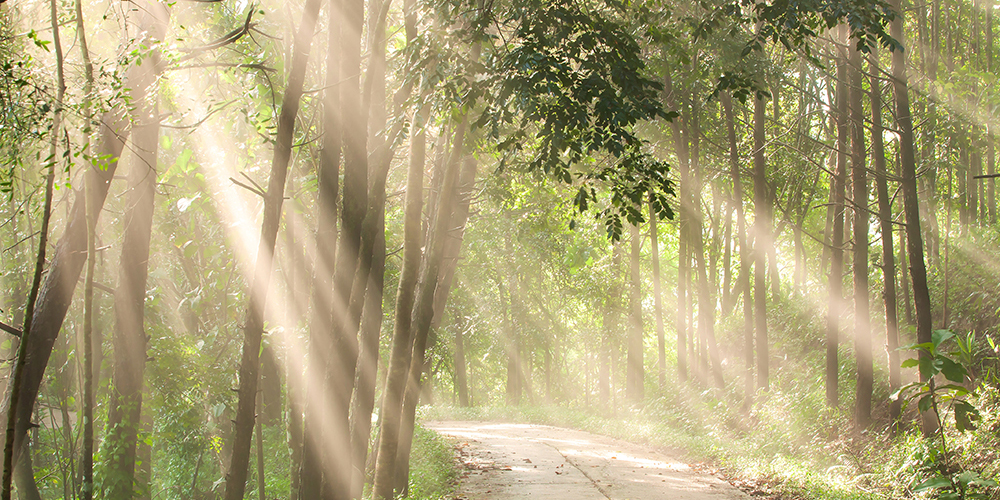 Our Place Within Creation

Like Psalms 81 and 84, Psalm 8 opens with a direction to the chief musician to perform upon the gittith (Hebrew: גתית). The New King James Version calls it “the instrument of Gath.” It is said that the heavenly imagery of the Psalm is likened to the inspiration drawn from the psalmist meditating on God’s creation and man’s place in it.

That famous question expresses the main theme of Psalm 8, namely, wonder that the Creator of the heavens and the earth has taken special notice of humanity. The psalm’s structure reinforces this theme, as the question lies at the center of the psalm surrounded by descriptions of various creatures.

For the Leader; upon the Gittith. A Psalm of David.

O the Lord, our Lord, how glorious is Thy name in all the earth! whose majesty is rehearsed above the heavens.

Out of the mouth of babes and sucklings hast Thou founded strength, because of Thine adversaries; that Thou mightest still the enemy and the avenger.

When I behold Thy heavens, the work of Thy fingers, the moon and the stars, which Thou hast established;

Yet Thou hast made him but little lower than the angels, and hast crowned him with glory and honour.

Thou hast made him to have dominion over the works of Thy hands; Thou hast put all things under His feet:

Sheep and oxen, all of them, yea, and the beasts of the field;

The fowl of the air, and the fish of the sea; whatsoever passeth through the paths of the seas.

O the Lord, our Lord, how glorious is Thy name in all the earth! 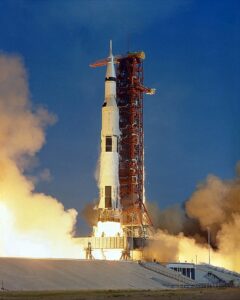 If non-human intelligent life ever makes it to the moon, they may come across a small disc inscribed with goodwill messages from various nations of the earth, left there in 1969 by the Apollo 11 astronauts. If so, they will discover Psalm 8, a hymn of praise to the Creator and creation, which was the contribution of Pope Paul VI, representing Vatican City. One of those astronauts, Buzz Aldrin, also recited verses 4-5 of the psalm in a video transmission during Apollo’s return trip to earth. Those verses include the psalm’s most famous line: “What are humans that you are mindful of them?”

That famous question expresses the main theme of Psalm 8, namely, wonder that the Creator of the heavens and the earth has taken special notice of humanity. The psalm’s structure reinforces this theme, as the question lies at the center of the psalm surrounded by descriptions of various creatures. Further evidence of the psalm’s ring structure is the repetition of the first line at the end of the psalm. The theology and anthropology of Psalm 8 are reminiscent of Genesis 1, where humans are described as the climax of God’s creation. They are made in God’s image, and the day of their creation is not just good but “very good.” In both Genesis 1 and Psalm 8 this honor comes with commensurate responsibility; humans are called on to imitate God’s dominion by acting as stewards of the created world.

This responsibility is an important reminder when we feel helpless in the face of our present ecological crisis. The problems are so big, and each of us is so small. While acknowledging our smallness, Psalm 8 insists that it is no excuse for passivity. God has given us the tools we need to carry out our vocation of stewardship. The next time you encounter a wonder of nature or stare into the starry night sky, let the words of Psalm 8 give voice to your feeling of awe, but also inspire you to action on behalf of God’s creation.

How Great Thou Art

“How Great Thou Art” is a song with a surprising history. What started as a humble poem written by a Swedish editor, a poem that echoes the words of psalm 8, ultimately became a worldwide musical sensation. Watch Carrie Underwood and Elvis Presley perform  it and read the article, “Behind The Song.”

Ibrahim Abdul Matin reflects on the glory of God, the majesty of God’s handywork, and our role as God’s “stewards” of all creation, themes resonant in Psalm 8. 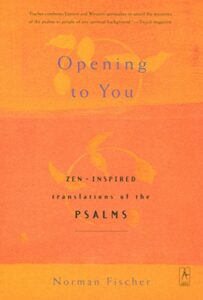 Norman Fischer journeys through Eastern and Western spirituality and his own Jewish roots toward moving and intimate translations of Psalms, designed to “make these towering and perplexing poems accessible and beautiful in English for contemporary readers” of every spiritual path or religious background.

Opening to You: Zen-Inspired Translations of the Psalms (Penguin, 2002)

Your Unsayable Name: it covers all the earth
And your presence extends ever outward
From the furthest conceivable point

When I behold the night sky, the work of your fingers
The bright moon and the many-layered stars which you
have established
I think:

Norman Fischer is a poet, author, and Zen Buddhist priest. His most recent poetry titles are On a Train at Night (PURH, France, 2018) and Untitled Series: Life As It Is (Talisman House, 2018). His latest Buddhist titles are What Is Zen (Shambhala, 2016) and The World Could be Otherwise: Imagination and the Bodhisattva Path (Shambhala, 2019).

​​
Every Psalm is a three-year long musical journey consisting of simple, meditative songs based on the psalms. Our goal is to allow God to shape each song quickly, simply, and with meditation in mind. This means the songs are written relatively quickly, are structurally straightforward, and modestly produced.

By Jesse and Leah Roberts
Performed by Poor Bishop Hooper

Lyrics:
oh lord our lord
how majestic is
your name in all the earth
who is man that you’d be mindful of him
son of man that you would take care of him
with honor and glory you crown him and give him
dominion over the works of your hands

Poor Bishop Hooper
Both hailing from small towns in central Kansas, Jesse and Leah Roberts began writing, recording, and performing together after their marriage in 2013. What began as a duo, weaving together a patchwork of melodies atop an upright bass and a guitar, has since blossomed into numerous, multi-faceted expressions of the technicolor story they call life. In their current project, EveryPsalm, they are releasing a psalm-based song each week…until all the psalms are sung again. 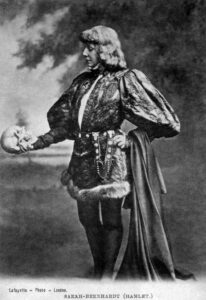 A monologue selected from Shakespeare’s Hamlet, spoken in the play by Prince Hamlet to Rosencrantz and Guildenstern in Act II, Scene 2. Rather than appearing in blank verse, the typical mode of composition of Shakespeare’s plays, the speech appears in straight prose.

I will tell you why; so shall my anticipation prevent your discovery, and your secrecy to the King and queene: moult no feather. I have of late, (but wherefore I know not) lost all my mirth, forgone all custom of exercises; and indeed, it goes so heavily with my disposition; that this goodly frame the earth, seems to me a sterile promontory; this most excellent canopy the air, look you, this brave o’er hanging firmament, this majestical roof, fretted with golden fire: why, it appeareth no other thing to me, than a foul and pestilent congregation of vapours. What a piece of work is a man, How noble in reason, how infinite in faculty, In form and moving how express and admirable, In action how like an Angel, In apprehension how like a god, The beauty of the world, The paragon of animals. And yet to me, what is this quintessence of dust? Man delights not me; no, nor Woman neither; though by your smiling you seem to say so.