Join us to celebrate the landmark publication of Rabbi Art Green & Dr. Ariel Mayse’s two volume work on the history, development and contemporary practice of Neo-Hasidism. Read more about Rabbi Art Green and his work in the area of neo-Hasidism.

NOTE: The dinner is sold out.

Neo-Hasidism applies the Hasidic masters’ spiritual insights—of God’s presence everywhere, of seeking the magnificent within the everyday, in doing all things with love and joy, uplifting all of life to become a vehicle of God’s service—to contemporary Judaism, as practiced by men and women who do not live within the strictly bounded world of the Hasidic community.

Join us for all or part of this exciting event. Download the event flyer 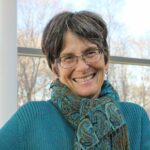 Rabbi Sharon Cohen Anisfeld became president of Hebrew College in July 2018. She previously served as Dean of the Rabbinical School from 2006-2017. Prior to coming to Hebrew College, she served as the Hillel Rabbi at Tufts, Yale and Harvard Universities. In 2011-2013, she was named to Newsweek’s list of Top 50 most influential rabbis in America. In 2015, she was named by the Jerusalem Post as one of the 50 most influential Jews in the world. 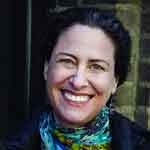 Rabbi Nancy Flam is a pioneer in contemporary Jewish communal life. Her accomplishments include co-founding the National Center for Jewish Healing and directing the Jewish Community Healing Program of Ruach Ami: Bay Area Jewish Healing Center; co-founding the Institute for Jewish Spirituality, where she served as founding Executive Director and now serves as Co-Director of Programs; and series the informational, inspirational series Lifelights. 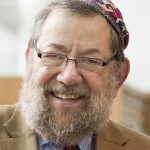 Rabbi Art Green was the founding Dean and is currently Rector of the Hebrew College Rabbinical School and Irving Brudnick Professor of Jewish Philosophy and Religion at Hebrew College. He is Professor Emeritus at Brandeis University where he occupied the distinguished Philip W. Lown Professorship of Jewish Thought. He is both a historian of Jewish religion and a theologian; his work seeks to form a bridge between these two distinct fields of endeavor. 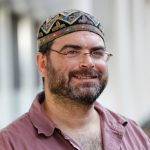 Rabbi Ebn Leader is on the faculty of the Hebrew College Rabbinical School where he teaches Talmud, Hasidism, and Kabbalah. He has an international reputation as a Jewish spiritual teacher in the neo-Hasidic tradition and is an authority on Jewish prayer. He is co-editor, with Rabbi Or Rose, of God in All Moments: Mystical and Practical Wisdom from Hasidic Masters (Jewish Lights Publishing, 2011).

Dr. Ariel Mayse is an Assistant Professor of Religious Studies at Stanford University. He previously served as Director of Jewish Studies and Visiting Professor of Modern Jewish Thought at Hebrew College. He is the author of the forthcoming, Speaking Infinities: God and Language in the Teaching of Dov Ber of Mezritch (University of Pennsylvania Press, 2020) and an editor of a number of works including From the Depth of the Well: An Anthology of Jewish Mysticism (Paulist Press, 2014). 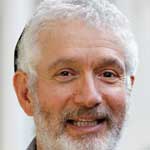 Rabbi Nehemia Polen is a leading expert in Hasidism and a Professor of Jewish Thought at Hebrew College. His books include: The Holy Fire: The Teachings of Rabbi Kalonymous Kalman Shapira, the Rebbe of the Warsaw Ghetto (Jason Aronson Inc, 1977); The Rebbe’s Daughter, (Jewish Publication Society, 2002) which received the National Jewish Book Award; and Filling Words with Light: Hasidic and Mystical Reflections on Jewish Prayer (Jewish Lights Publishing, 2004, co-authored with Lawrence Kushner). 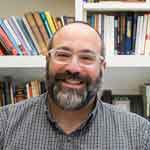 Rabbi Or Rose is the founding Director of the Betty Ann Greenbaum Miller Center for Interreligious Learning and Leadership of Hebrew College. He is the co-editor of Speaking Torah: Spiritual Insights from Around the Maggid’s Table (Jewish Lights Publishing, 2013), the award winning anthology, My Neighbor’s Faith: Stories of Interreligious Encounter, Growth, and Transformation (Orbis, 2012), and the recently published Words to Live By: Sacred Sources for Interreligious Engagement (Orbis, 2018). 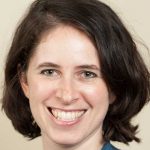 Rabbi Shoshana Meira Friedman, Rab`14 serves as Director of Professional Development at Hebrew College, where she manages the rabbinic internship program, works on placement after ordination, and teaches on spirituality & social justice. Directly prior to coming back to Hebrew College, she served as the Associate Rabbi at Temple Sinai of Brookline, where she expanded and deepened social justice organizing, built a robust teen program, and strengthened engagement across the congregation. Shoshana brings strong mentoring and chaplaincy skills, a gift for music and prayer leadership, and over a decade of experience in environmental, interfaith, and social justice organizing. She and her husband Yotam Schachter co-wrote The Tide Is Rising, an anthem for the climate movement that has spread rapidly. Her writing can be found at rabbishoshana.com. 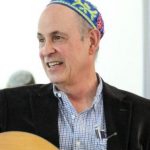 Rabbi Lev Friedman, Rab`18 served in a rabbinic role for almost forty years. Under the mentorship of Rabbi Zalman Schachter-Shalomi, zt”l, Lev founded the B’nai Or Religious Fellowship of Boston in 1982, a Jewish Renewal community, and served as spiritual leader until 1996. He is a seasoned service leader and enthusiastic teacher who brings life experience, knowledge and wisdom along with beautiful music, meditation, and the teachings of his teachers, Rabbis Zalman Schachter-Shalomi, zt”l, Arthur Green, Sharon Cohen-Anisfeld, Ebn Leader, and Nehemia Polen, to name a few, to the Jewish community. Lev believes that everyone is a singer and works wonders with willing participants to create community through music. He weaves prayer, kavvanot (teachings and intentionality about prayer) and stories that enliven and deepen the worship experience. He also believes in what Reb Zalman called “Producer Judaism,” meaning that it is up to the community to create the prayer/spiritual experience along with the Shaliach Tzibur, the community prayer leader.