Our CEO Forum Series aims to bridge academic Jewish studies and community needs by serving as a resource for leaders who want to engage in Jewish values and Jewish community.

Watch and hear clips from past forums 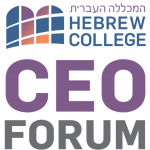 Update as of March 11, 2020: With concern for the well-being of our guests, and in light of the ongoing developments regarding COVID-19, Hebrew College is postponing the scheduled March 25 CEO Forum. We will certainly let you know when we have a new date scheduled, likely in the fall. In the meantime, we appreciate your interest in and support, and look forward to welcoming you to campus again soon.

Featured speaker Jon Hirschtick, EVP, President of SaaS at PTC and former co-founder and CEO of SolidWorks and Onshape, talks with moderator Aron Ain, CEO of Kronos about the intersection between his Jewish values and his professional career.

Hebrew College is accessible, with free, entrance-level parking and walkable access from the Green Line. Please contact advancement@hebrewcollege.edu with any questions.

We are grateful to our sponsors:

Interested in corporate sponsorship of this event? Supporting our free community event gives you exposure to key stakeholders in the local business community as well as 11,000+ households nationally, logo visibility on all event signage, and more. Contact Mia Tavan, Hebrew College Development Associate, at mtavan@hebrewcollege.edu. 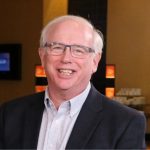 Jon Hirschtick, EVP, President of SaaS (Software as a Service) at PTC — Jon is a CAD software developer, founder and former CEO of SolidWorks, a popular solid modeling 3D CAD and CAE system for Microsoft Windows, and Onshape, a cloud platform for product development that includes tools for CAD, data management, collaboration, workflow, and analytics.

Earlier in his career, Jon served as director of engineering at Computervision, and a manager at the MIT CADLab. He founded the SolidWorks Corporation in 1993, and under his leadership, SolidWorks revenue grew to $600 million. When Solidworks was acquired by Dassault Systèmes in 1997, Jon continued on as CEO and then a group executive for the next 14 years. In October 2011, he left Solidworks and in 2012 founded Belmont Technology (later changed to Onshape) with other members of the original SolidWorks team, where he served as CEO until the company was acquired by PTC last November.

Jon was awarded the CAD Society Leadership Award, and is a recipient of the American Society of Mechanical Engineers Leadership Award. He is a member of the Advisory Board at Boston University and Arcbazar, where he was once director, and is an advisor to Magic Leap, a wearable computer maker, and MarkForged, Inc., a manufacturer of industrial 3D printers.

Jon holds a bachelors and master’s degree from MIT, where he was also a player and instructor on the now-famous student team that used card counting to win large sums of money playing blackjack in Las Vegas and elsewhere. The team was the subject of the best-selling book Bringing Down the House, and the 2008 film 21.

Jon is a past Chairman of the Board of the New England Region of the American Technion Society, and has traveled extensively throughout Israel on numerous visits. He and his wife, Dr. Randy Gollub, are active members of Temple Emunah in Lexington, and Beth El Temple Center of Belmont. 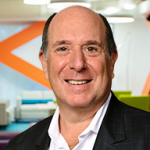 Aron joined Kronos in 1979 and has played a role in nearly every functional department at the company, helping to build a global enterprise software powerhouse with more than 35,000 organizations using Kronos solutions across 100+ countries.

Regarded as a pioneer in workforce management and human capital management, Aron has been instrumental in revolutionizing the way organizations manage their workforces. As a multiyear recipient of Glassdoor’s Top CEOs, Aron believes anything is possible when people are inspired and that great management is the single largest component that adds to shareholder value and company performance. He has been awarded numerous prestigious awards, including being named the inaugural recipient of the “Ray Stata Leadership and Innovation Award” from the Massachusetts High Technology Council, “CEO of the Year” by the Mass Technology Leadership Council, and “Entrepreneur of the Year” by Ernst & Young.

Under Aron’s leadership, Kronos continues to be recognized for its innovative product offerings, exceptional services, and energized Top Place to Work corporate culture around the world. He has been profiled by The New York Times, Harvard Business Review and the HBR IdeaCast podcast series. This continued recognition for the company’s award-winning culture culminated in the 2018 release of his debut book, “WorkInspired: How to Build an Organization Where Everyone Loves to Work,” which imparts lessons Aron has learned for senior leaders, HR professionals, and people managers to turn employee engagement into a strategic weapon.

Aron serves on the Board of Trustees of his alma mater, Hamilton College, in Clinton, NY, is a member of the Board of Trustees at Beth Israel Deaconess Medical Center in Boston, and serves as a member of the Board of Directors at Combined Jewish Philanthropies (CJP) in Boston. In addition to a bachelor’s degree in economics and government, Aron has participated in a series of executive education programs, including the AEA/Stanford Executive Institute at Stanford University.