Community Blog An Encounter with the Reality of our Independence 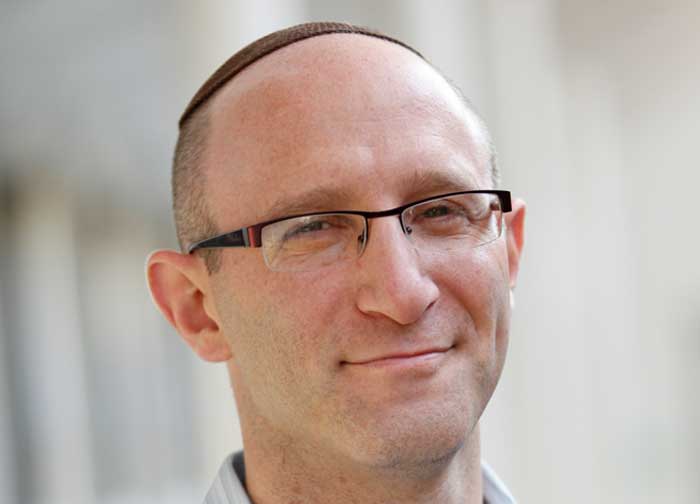 Hebrew College Dean of Students Rabbi Daniel Klein said the following during “Community Time” for Hebrew College ordination students on Yom HaZikaron, Wednesday, April 14. Students honored those who have lost their lives serving the State of Israel with prayer and readings of “The Silver Platter” and “A Salute to the Soul of the IDF,” led by Justin Held, a graduating rabbinical student, and remarks by alumnus Rabbi Shuki Zehavi ’19, about his experience serving in the IDF and his ongoing relationship with Israel. Rabbi Klein began his remarks with a quote from Rabbi Ebn Leader that appeared in 2014 on the Hebrew College blog.

The divine light that shines on these days is, I think, the light of God reaching out to her children as adults. It is the light of the transition of growing up, of understanding that the parent will no longer save you from yourself and accepting the terror and celebration that come with that. The political arena is only one facet that reflects this divine light. We can find it in our religious lives, our personal relationships, and in our own identity processes. — Rabbi Ebn Leader, “The Sacred and Mythic Dimensions of Yom Ha’atzmaut,” April 6, 2014

Yom Ha’Zikaron and Yom Ha’Atzmaut, like all Jewish holidays, commemorate or are tied to an event. In this case, the founding of the State of Israel and the ongoing sacrifices to maintain the State of Israel. However, like all Jewish holidays, they also have a spiritual dimension. Yom HaZikaron and Yom Ha’Atzmaut offer an encounter with the reality of our independence and the need to be responsible. Appropriately, as we count the Omer, marking the passage from the liberation of Pesach to the receiving of Torah on Shavuot, these two days invite us into a stance of acceptance of being in a covenantal relationship with God and with the world around us, partners in the ongoing work of creation.

Unfortunately, independence and responsibility seem to be accompanied, inevitably, by sacrifice and some amount of suffering. Their always seems to be a price for our independence and for being responsible. On Yom HaZikaron, we acknowledge that sacrifice and suffering. We try to appreciate the ways in which people have given of their lives, and especially given their lives, for the sake of and in service to the State of Israel—the ways in which sacrifice and suffering have been and continue to be the price of independence and responsibility. We seek not a romantic version of the pain that makes it larger than life and less than human, but a clear-eyed understanding so we can understand more fully what it is to serve the State of Israel and more fully what it means to live lives of dedication. We pray that the encounter with the particular pain and sacrifices of people in Israel will also open our hearts, soften our hearts, so we are sensitive to and concerned about all suffering and can live as independent and responsible people dedicated to limiting and healing suffering.

Rabbi Daniel Klein is the Dean of Students for Hebrew College’s Graduate Leadership Programs and Rabbi in Residence at The Boston Synagogue. A lifelong seeker, Rabbi Klein lived, studied and worked in Chicago, San Francisco, and New York before finding his way back home to Boston as a rabbinical student. Rabbi Klein was ordained by Hebrew College in 2010 and now lives in his hometown of Newton, Mass., with his wife, Jen, and their two children, Micah and Nora.