Leviticus Torah:  An Inheritance in this World 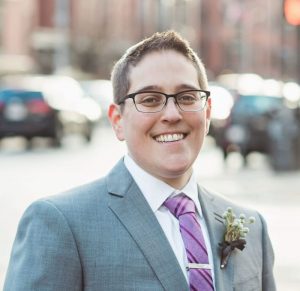 At a recent Keshet LGBTQ and Ally Teen Shabbaton, I asked the participants to consider their relationship with Torah and how it functions in their lives.  Students shared their own experiences of encountering Torah, broadly defined, while considering images of Torah as fire, water, wine, honey, oil, and milk.  The group coalesced around a broad understanding of Torah as path creator, and diverged on how much Torah defined the path or guided them along theirs.

In Parshat Behar-Behukotai, we read about the consequences of not walking on the strict path of Torah.  The Torah shares a set of laws, spoken to Moses behar, on the mountain, and the rewards or consequences for walking or failing to walk behukotai, in those laws. These specific laws detail our obligation to the land through the practice of shmita and yovel, the rest and release of our land in the Jubilee year.  The obligations of yovel, the Jubilee, includes the handling of debts to both our kinsman and the strangers who reside among us. Repeated throughout the text is the refrain that God brought us out of Egypt.  Freedom from slavery positions the Israelites in a covenant with God, with the land, and with each other.

It is in the context of this covenant, that we receive that message that to walk in God’s laws means to flourish and to scorn God’s laws means to be the recipients of God’s hostility. The specific acts of punishment are horrendous in their own right and are elevated in their severity when one considers that they are intentional acts of God.  God is the one who is subjecting the people to wild beasts, lack of food, the hands of their enemies. It is God who will drive the people from their land with the fear of their enemies.

44 Yet, even then, when they are in the land of their enemies, I will not reject them or spurn them so as to destroy them, annulling My covenant with them: for I Adonai am their God.  45 I will remember in their favor the covenant with the ancients, whom I freed from the land of Egypt in the sight of the nations to be their God: I, am Adonai.  46 These are the laws, rules, and instructions that Adonai established, through Moses on Mount Sinai, between Godself and the Israelite people.

What does it mean that God will not reject the people and annul the covenant?  How is it even possible that given what seem to be an unimaginable set of consequences and occurrences, that God has not already rejected the people and the covenant?  Can we read this as a source of comfort? What does it mean to be in a covenant with a God who not only allows tragedies to occur but is the source of them?

The Sifra, a commentary on the book of Leviticus, explains:

But was there anything left to Israel so that it could still be said that they would not be rejected nor spurned?  Were not all the good gifts that had been bestowed upon them taken away from them? What, then, did remain with them?  The Torah scroll. Had it not been left with Israel, they would have been in no way different from the nations of the world… two Torahs were given to Israel, one in writing, one oral.

Stripped of our land, subjected to the violence of our enemies, betrayed by our compassionate God, the Torah remains as the connection between God and the people.  The Torah, both the text through which the covenant was enacted at Mt. Sinai and the tool through which the covenant is maintained, is all we have left. Understood as both the Written Torah, the words on the scroll, and the Oral Torah, the expanded teaching of our sages whose creation continues us into the modern world, this is the defining characteristic of the people of Israel.

The practices of this week’s parsha may seem far from many of our experience, but the trauma of unimaginable horror of our historical and modern experience, persists as a theological and practical struggle for us as a individual Jews and as a Jewish community.  Finding the place of God in the tragedy further compounds the difficulty of our reconciling and healing of this trauma. The Sifra offers us a tool for maintaining connection with each other, grounding ourselves in the land, and in our experience of being oppressed—the Torah, both the words revealed at Mt Sinai and the words of Torah revealed today.

In a midrash in Masekhet Shabbat, we are taught that the Torah was not given to the angels, but rather to flesh and blood because it responds to our communal experience of being formed as a people and our very humanity. The Torah is ours because we falter and struggle. It is as if God knew that the people would require something to anchor them in their world. This sentiment is shared by Israeli poet

Gabriella Elisha who writes in her poem “Torah, Adonai, give me Torah:

As we move towards the holiday of Shavuot, may we all be blessed to learn and to create Torah that connects us to each other and the divine, Torah that both creates and defines a path on which we can walk, Torah that is able to endure as an inheritance in this world  May we be blessed with the blessings of walking in God’s ways, and the wisdom to find Torah when we falter.