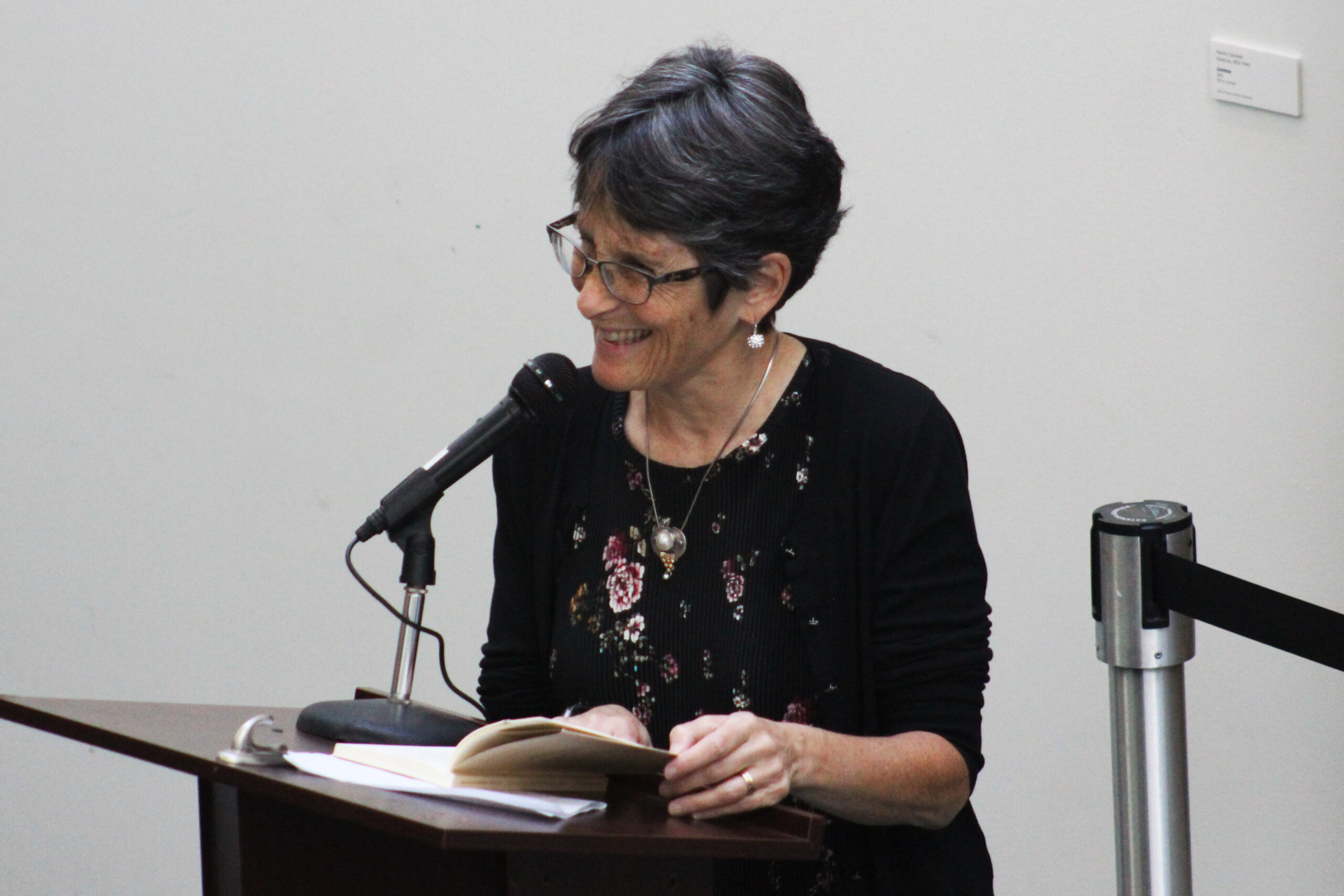 Boker tov. Good morning, and welcome everyone! We are blessed to be engaged in a community of teaching and learning, where study is connected to service, where learning is connected to life.

As Rabbi Shayna Rhodes taught us this past Shabbat —  in the name of the Kotzker rebbe —we place the words of Torah on our hearts, al levaveinu, and together we try to cultivate in ourselves the capacity to open our hearts so that the words may actually find a way in.

That opening of the heart is, of course, what this season of Elul is all about. And, with it, the sound of the shofar blast that we will hear in a few minutes.

What are we hearing when we hear the shofar blast? The rabbis of the Talmud even struggle with what the sound is supposed to be. What is this sound beyond words that pierces our hearts?

Some of the midrashim I love most connect the sound of the shofar to the sounds of woman weeping. The gemara makes a somewhat round-about linguistic connection between the word teruah and the word yebavah —  crying or sobbing — that appears in a story in the Book of Judges. It’s the story of a battle against Sisera and the Canaanite army. The story is told in verse in Shirat Devorah, the Song of Deborah, and is a triumphant account of the Israelite’s military victory.

But there is an unexpected and poignant image just before the end of the poem. Devorah offers us a glimpse into the experience of Sisera’s mother on the day Sisera dies: “Through the window peered Sisera’s mother, behind the lattice she cried.” All that day, we are told, Sisera’s mother stood at the window of her home, crying, watching and waiting for her son to return.

The Talmud tells us that Sisera’s mother let out 100 cries on that day, corresponding to the 100 blasts of the shofar service. In other words, the sound that comes through the hollow bent horn of a ram is the sound of human breath, amplified, so we might hear it.

We can conjure a thousand reasons not to hear this woman’s cries. We do it every day. But the shofar calls us up short. Listen, incline your ear and your heart —  and you will hear the sound of a mother weeping for her child.

There is another midrashic explanation offered for the sound of the shofar — and here, too, it is the sound of a woman weeping, but this time closer to home.  In Pirke de Rebbe Eliezer, we are told that the blasts of the shofar echo the cries of Sarah after the binding of Isaac, when she heard had happened — or almost happened — to her son. She screamed six times, corresponding to the six tekiah notes of the shofar. She had not finished doing this when she died.

There is another image from Midrash Tanhuma that hears the blasts of the shofar as the cries of a woman in labor —  and the final blast is the cry of the newborn child. One of our graduates, Rabbi Ayalon Eliach, Rab`18, helped me hear this in a new way a couple of years ago. What if, he asked, the shofar is meant to stir our own memory —  of the first time we ever opened our mouths on this earth, drew a breath, and belted out our own cry?

The wordless call of the shofar calls to mind one of my favorite essays, by the poet and writer Chaim Nachman Bialik, entitled “Revealment and Concealment in Language.” In it, Bialik talks about the ways in which we use language can be used both to reveal and conceal the deepest truths of our existence. At the end of the essay, Bialik writes: “So much for the language of words. But in addition, ‘there are yet to the Lord’ languages without words: songs, tears, and laughter. And the speaking creature has been found worthy of them all. These languages begin where words leave off, and their purpose is not to close but to open… Every creation of the spirit which lacks an echo of one of these three languages is not really alive, and it were best that it had never come into the world.”

We are bombarded with words every day. Our learning itself is filled with words that sit on our hearts, waiting for a way to enter. May the sound of the shofar this year help us become better listeners — to the breath of life that calls out to us from within and beneath and beyond all of the words.