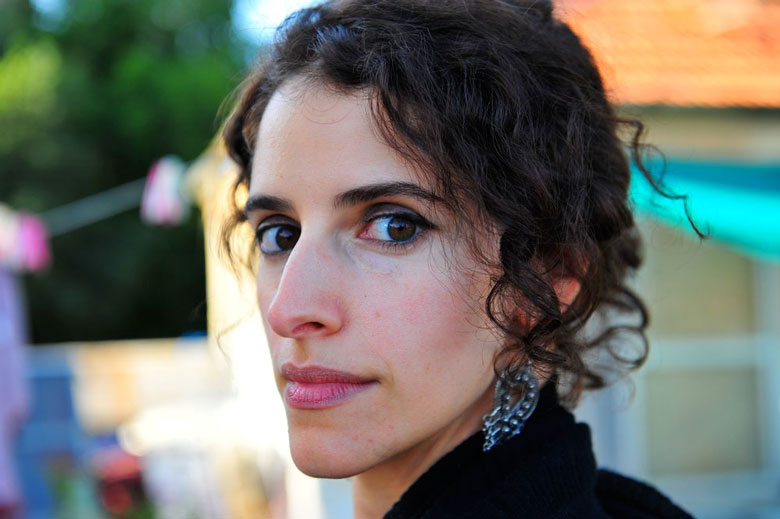 There’s a curious scene at the end of parashat Mishpatim.After a litany of law codes, a quiet coda to last week’s thunderous revelation.  Blink and you might miss it.

In Exodus 24, Moshe climbs partway up the mountain, accompanied by Aaron, Aaron’s sons Nadav and Avihu, and 70 ‘elders’. They stop. They see the God of Israel, and they eat and drink. No fire and shofarot, no clouds of smoke and quaking mountains, just a select group on a hike. They see God, then sit down for a picnic.

But what did they see? No one’s allowed to see God and live! Moshe will nestle in the crag of a rock so as not to see Divine Presence. Last week, the Israelites shivered inside a holding pen, lest they get too close and spy God’s image.

So what do these elders see?

The pithy recounting of the vision describes God’s feet resting upon a livnat hasapir that was like the center of the sky for purity. A lot of people have lost a lot of sleep figuring out how to translate לבנת הספיר.

Twelfth century commentator Ibn Ezra imagines it as a sculpted sapphire looking glass, a prism through which all present see deeply, and experience prophecy.

Some time ago, I went to an exhibit of the otherworldly glassblower and sculptor Dale Chihuly.  Each room resounded with color, movement, and whimsy.

Almost at the point of color saturation, you walk into a seemingly empty, nondescript space. I looked around and saw everyone else standing with necks craned, heads back, jaws dropped. I followed their gaze, and looked up. Through a ceiling of pure glass, we peered into a magical world of blue and green glass in all shapes, spiralling upward…a zero gravity kaleidoscopes of color… We observed revelation through the prism of a glass ceiling, a lens outside of our eyes, a lens that itself became part of the creative process.

I imagine our 70 elders, and Aaron and Moshe, perhaps they too look up, lean their heads back, and through the sapphire-tinted prism of לבנת הספיר, an aspaklaria, glimpse further, with more depth, what they couldn’t see with their naked eye.

What lens are you carrying right now? Is it lit from within? Does it magnify depth and texture, the kadosh-ness, holiness of the world around you?  Or is it more like the window of a subway car, dull with a somewhat green hue? Does your aspaklaria need reframing or a plant-based windex treatment?

Rashi defines לבנת הספיר, not as a prism, but as a heavenly sapphire brick—  לבינה == לבנת   The 70 elders look up and behold a sky-size sapphire brick.

Why brick? This is the ultimate symbol of the bondage and suffering we endured in Egypt. The bricks we formed in servitude, where we foraged for the straw, bricks we carried and lay to build pyramids. Bricks between which, according to our midrash, Israelite men, women, and children, were crushed to death.

For Rashi, God places this brick נגדו תמיד before the Divine Self always, as a reminder, front and center, of our bondage. And for Aaron, Moshe, the elders, and ourselves, it reminds us of the possibility of transformation. The brick that was once mud and straw, the weight that drained all our life force, crushed us under its pressure, now appears before us weightless, gleaming, expansive and pure as the sky. An illuminated sapphire. And what’s more — it’s underfoot.  Instead of it pushing us down, there it is propping up God’s feet…Like  a sapphire ottoman.

As we go out on this Shabbat Mishpatim, I bless us to carry two props in our hands, borrowed from לבנת הספיר: a bright clear lens, with which to perceive depth, texture, holiness; ; and a transmutable brick, to remind us to turn mud and straw into sapphire.

Jessica Kate Meyer serves as rabbi-chazzan at The Kitchen in San Francisco. Formerly, she was rabbi at Romemu in New York City. Ordained by the Hebrew College Rabbinical School in 2014, she is an alumna of the Wexner Graduate Fellowship.