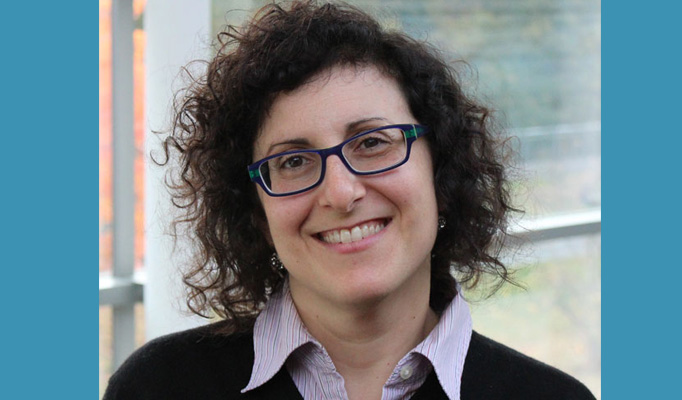 “It’s great to be back. It feels like reconnecting with old friends,” said Franck, who previously served as Director of Development at the Vilna Shul. “I have always been excited by the College’s mission and have been so impressed with what I have seen happening here over the years – people I had known as students in the Rabbinical School have gone on to do incredible things, creating new communities and organizations, providing points of entry into Judaism that hadn’t existed before, and reaching people all over the world.”

“Everyone is so excited by President Sharon Cohen Anisfeld, by what she’s doing here, by the changes she’s making. It’s galvanizing,” she added. “It feels like a great time to be part of what’s happening, and it feels like a gift to be able to focus on building relationships with people who can make a big impact on our future.”

Franck said she has always loved speaking with donors, hearing their stories, and learning about their passions. She discovered this while working at the Calling Center as a student at UMass Amherst. After graduating, she worked in development at the Yiddish Book Center in Amherst, where she found that she also enjoyed working for Jewish organizations.

She went on to work at CJP in Boston, and then earned an MBA from the Heller School at Brandeis University and an MA from Brandeis’ Hornstein Jewish Professional Leadership Program. After graduate school, she worked as a Senior Development Officer at the Jewish Federation of Greater Washington, where she oversaw the Women’s Affinity Campaign.

When she and her husband moved back to Boston, she worked as a Development Manager at Mayyim Hayyim, where she had interned in graduate school. Then she began her first stint at Hebrew College.

At the Vilna Shul, Franck led the annual campaign and was part of a capital campaign team that raised $4 million to renovate the historic Beacon Hill synagogue building and place it as the center of Jewish cultural life in downtown Boston.

Franck said she was sad to leave the Vilna but is excited for the future of Hebrew College.

“I am so proud of the bustling community I helped to build at the Vilna and so grateful to all those I partnered with to achieve something so special – it meant a great deal to me to play a part in revitalizing the organization,” Franck said. “I feel so blessed to be part of another institution that’s perpetuating Jewish values and learning at all different ages and stages. It’s an exciting time to be here during the transition under Sharon’s leadership as the College approaches its upcoming Centennial year. I wanted to be a part of it!”

Rosa Franck is originally from Pittsfield, Mass., and lives in Jamaica Plain with her husband, Mike, and two children, Mira and Erza, who attend The Rashi School.