When Jessica Woolf was considering cantorial school, a congregant at the Washington, D.C. synagogue where she worked invited her to Shabbat lunch with a friend: then-Hebrew College President Rabbi Daniel Lehmann. 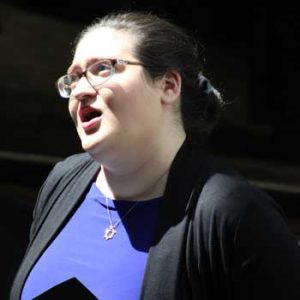 As a Jewish professional who had studied at Oberlin Conservatory of Music, Woolf remembers being struck by Rabbi Lehmann’s passion for music and interest in the cantorate. As a secular Jew who became observant as an undergraduate, she was also inspired by the pluralistic ethos and open and inclusive environment of Hebrew College.

“I remember him saying to me, ‘I think you would be a good fit at Hebrew College’ and thinking, ‘Oh my gosh, I just got validation from Daniel Lehmann that I should come to Hebrew College!’” said Woolf, who grew up unaffiliated in Portland, Oregon and got involved with her hillel in college. “Classical music brought me to Judaism, and Judaism brought me back to classical music. I wanted to learn from the people who wrote the books on cantillation and nusach. I wanted to sing with a great Jewish choir. I felt like I was being hand-picked.”

Two years later, Woolf, a second-year student in Hebrew College’s accelerated three-year Cantorial Ordination for Spiritual and Educational Leadership (COSEL), was named one of four inaugural Rabbi Daniel Lehmann Scholars in honor of her academic excellence and innovative Jewish leadership. She is joined by three other inaugural Lehmann Scholars: Elyse Pincus, a second year in the Rabbinical School at Hebrew College, and Leah Beck and Lindsay Flammey, second-year students in the Shoolman Graduate School of Jewish Education.

Funded by students, alumni, trustees, faculty, staff, and friends of the College, the Rabbi Daniel Lehmann Scholarship was established in spring 2018 in honor of Rabbi Lehmann, who served as Hebrew College president from 2008 until 2018. Under Rabbi Lehmann’s leadership, Hebrew College established the Miller Center for Interreligious Learning & Leadership and the School of Jewish Music; became a member of the Boston Theological Institute; began partnerships with Northeastern University and Boston University’s School of Management; and increased adult-learning and youth programs.

The scholarship program recognizes outstanding Hebrew College students who embody “the values of pluralism, academic excellence, and innovative Jewish leadership central to President Lehmann’s legacy.” Scholars receive a portion of their need-based grants from the Lehmann Scholarship Fund, as well as the opportunity to be mentored by Rabbi Lehmann, now President of the Graduate Theological Union in Berkeley, Calif. 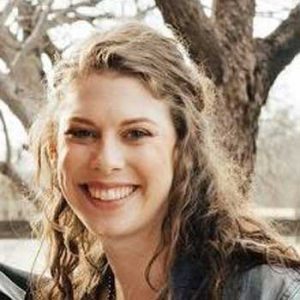 “Leah and Lindsay represent the new dynamic Jewish educators who are preparing for a career in a changing Jewish world,” added Michael Shire, Chief Academic Officer and Dean of the Shoolman School of Jewish Education at Hebrew College. “We are blessed to have their energy, their intelligence, and their educational skill and creative instinct at Hebrew College.”

The Lehmann Scholars bring different backgrounds, interests, and experiences to Hebrew College. But they are united in their passion for Hebrew College’s open, compassionate, and pluralistic environment, and are all committed to becoming active and engaged leaders within the Jewish community.

“I think that’s one of the best things about this place — everyone comes from different backgrounds and practices,” said Elyse Pincus, who grew up in the Reform Movement in Tucson, Arizona, and found her passion for the rabbinate after college. “When Danny emailed me, he said he appreciated the background that I bring. It’s amazing to be recognized.”

Pincus wasn’t involved in Hillel, but was so inspired by a Birthright Trip that she decided to return to Israel, living for a year as a Masa Israel Teaching Fellow in Rehovot. Afterwards, she worked for the University of Arizona Hillel Foundation, where she took students back to Israel. When she had the opportunity to lead shabbat services, she became interested in the rabbinate.

Pincus learned about Hebrew College while attending the Ziering Brandeis Collegiate Institute at the American Jewish University in California in 2016. She realized she wanted to be in a place where she could “choose her own way of practicing Judaism” and where her “small town Judaism” wouldn’t be lost. After graduating, she hopes to return home to work in the Jewish community in Tucson.

“This place is very special,” she said. “I’ve been really excited about Talmud. I love the conversations that you get to read about. The dialectic of getting to hear everyone’s experience is really beautiful.”

Leah Beck, who also grew up in the Reform Movement, in Washington State, always thought she wanted to be a rabbi, until she studied abroad in Israel. As a fellow in The Nachshon Project, a semester abroad at Hebrew University of Jerusalem that seeks to inspire Jewish college students to become Jewish professionals, she met Jews from different movements and encountered Jewish professionals in different careers: artists, camp directors, teacher, writers, and politicians. 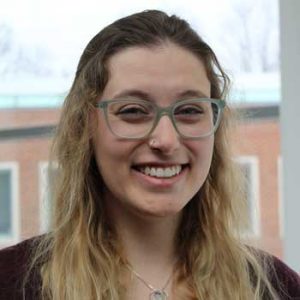 “I realized I wanted to be a Jewish leader, just not a rabbi. There are so many other leadership choices,” she said. “I am passionate about Jewish camping and education. It’s where I want to become a leader. The Reform community deserves great educators with strong Jewish foundations.”

Beck spent two years at the Pardes Institute of Jewish Studies in Israel before beginning graduate school in Hebrew College’s Master of Jewish Education (MJED) program. And after spending time in two pluralistic institutions —The Nachshon Project and Pardes — Hebrew College felt right. She now works at the JCC in Newton during the school year and URJ Eisner Camp in the summer, while completing her degree. 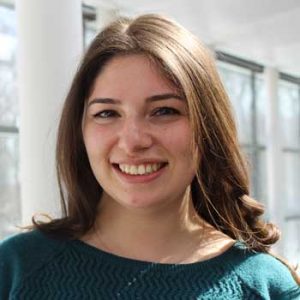 Beck’s classmate, Lindsay Flammey, grew up in Framingham, MA, attending Solomon Schechter Day School of Greater Boston and Gann Academy. She worked at the University of Miami Hillel before returning to Boston to serve as a Youth Engagement Specialist at Temple Beth Elohim in Wellesley, MA.

She chose Hebrew College because, though she attended Temple Israel Natick as a child, she she had never felt connected to any specific movement. She also wanted to return to Boston and continue working full time while in graduate school for Jewish education.

“I see how everything in my job can impact my studies at Hebrew College and vice versa,” she said. “My Temple Beth Elohim supervisor wants to know what I’m learning and how I can bring that learning back to the work environment. The MJEd program wouldn’t be possible to do without that support.”

She said she has never met Rabbi Lehmann, who was the founding director of Gann Academy before she attended the school, but she knows of him. Like her fellow scholars, she is thrilled to have been recognized with a scholarship in his name.

“I am proud to be recognized for what I’m doing academically and professionally,” Flammey said. “I’m proud that the people at Hebrew College really care about what I do.”