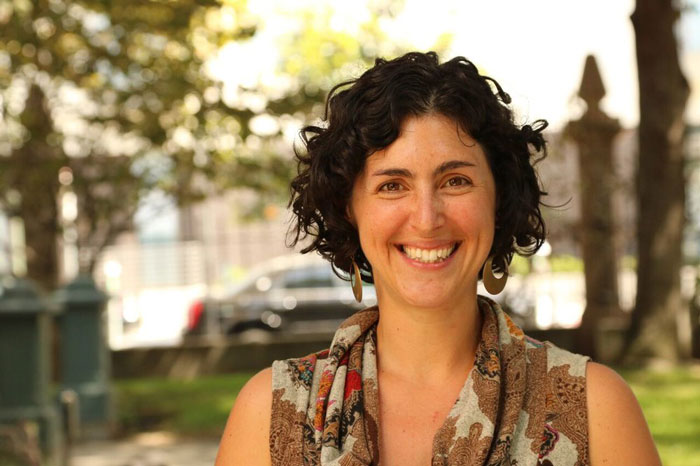 Aaron’s first role as High Priest is to make the inaugural sacrifice on the newly-completed altar. Moses commands Aaron to offer up—amongst other animals—an egel (calf) to atone for himself and the people. That Moses commands the sacrifice of an egel is curious. Rather than a par (bull), as Leviticus 4:3 dictates for this kind of purification offering, Aaron is told to sacrifice an egel. Nowhere else in Torah is an egel mentioned as a sacrificial animal, making this all the more notable.

It wasn’t so long before that Aaron had a different experience with an egel. A few weeks ago, we read of Aaron’s construction of the Egel HaZahav—the Golden Calf. In Parshat Ki Tissa, Moses goes up the mountain to receive the Ten Commandments from God. The people, distressed and forlorn as they await Moses’ return, demand Aaron make them a god to go before them, saying “for that man Moses, who brought us from the land of Egypt—we do not know what has happened to him” (Exodus 32:1). Aaron responds by asking the people to bring him gold rings from their wives, sons, and daughters. He then takes the gold he has collected and melts it down into the Egel HaZahav, saying, “This is your god, O Israel, who brought you out of the land of Egypt!” (Exodus 32:7). The creation of the Egel HaZahav provoked God’s wrath and led to the Israelites’ punishment.

In this week’s parsha, in contrast, a sacrifice of an egel is given as the pathway for connection to the Divine. Hyperlinking unique words or phrases found in one passage to other places they are found in Torah is a time-honored technique our sages used to activate the imagination to derive new meaning from our sacred texts. What might we learn about our relationship to the Divine by bringing these two egel experiences into conversation with one another?

The Egel haZahav is an object solid in form and structure. Created by the materials that Aaron gathers from the people, this egel is made by taking items that were unique to each Israelite and melting them down into one uniform piece. It is made out of gold and meant to last. At a time when Moses’ presence was fleeting and things felt uncertain, Aaron creates the Egel HaZahav to placate the people. This idol is meant to satisfy the Israelites’ desire for continuity and predictability—to give them a sense of control.

Parshat Shemini commands a very different relationship between Aaron and egel. Rather than create an egel for the purpose of allaying anxiety, Aaron is instead instructed to sacrifice an egel as an offering—a gift to God. The Egel HaZahav was meant to stop the people’s questioning and provide comfort. Egel as sacrifice instead links us into the mystery and intangibility of our relationship to God: one minute the egel is there, the next it’s gone. To turn the egel into an offering, Aaron uses the power of fire not to forge an object—as with the Egel HaZahav—but rather to take that which is solid and whole and transform it into something intangible. The Egel

as offering turns into smoke—something impossible to hold onto and that can barely be seen. Through this ritual of sacrifice, we nurture an understanding of God not as solid and unchanging like the Egel HaZahav, but rather as a transformative process.

These two egel passages teach us not only how be in relationship to God, but also, by extension, in relationship to ourselves, to one another, and to the broader world. Nothing in our lives is meant to be static and unchanging. Parashat Shemini offers us clues for how we might best nurture a relationship with that which we love—be it God, another person, or ourselves: offer up gifts, make space for the mystery, allow for change. In so doing, our beloved becomes not an idol of our own making, set before us for all time in the form we are able to imagine, but rather ever-evolving and dynamic, continually expanding the power of our imagination to see beyond what we think we know.

Rabbi Adina Allen is Co-founder and Creative Director of Jewish Studio Project where she works to activate the inherent creativity in individuals and communities to make life more meaningful, Judaism more vibrant and the world more just. Adina was ordained by Hebrew College in 2014 and is a recipient of the 2018 Pomegranate Prize for Jewish Education.