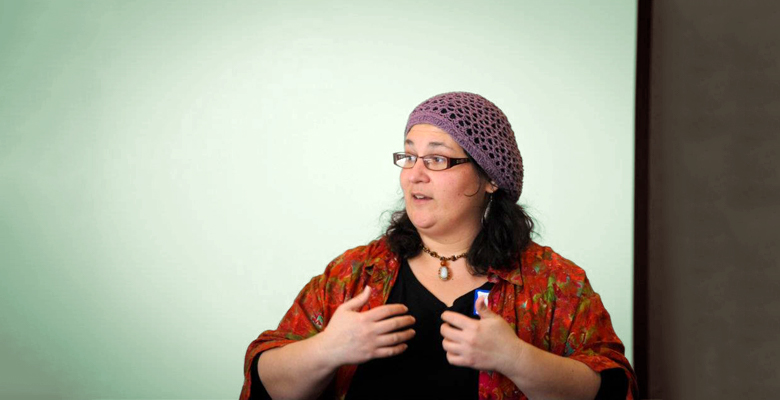 Deliberation, weighing our options, is certainly important – whether in picking a brand of shampoo or in deciding whether to follow this Moses guy from the cozy sameness of stuckness and slavery into the complete unknown of freedom and the wilderness.

This is where we find the People of Israel in this week’s Torah portion, Beshallach (Exodus 13:17-17:16). Finally, after generations of enslavement, after Pharaoh’s heart being hardened against them through ten terrible plagues, the People are finally leaving the Narrow Places (as the Hebrew word for Egypt, “mitzrayim,” is creatively understood). They arrive at the shores of the Sea of Reeds and look back to see Pharaoh’s army in hot pursuit. (Pharaoh too has deliberation issues and once again changes his mind at the last minute). And suddenly the People are struck by a wave of fear and doubt about their own liberation. They attack Moses for bringing them out of slavery. They tell him that slavery would be “tov” (genuinely good) compared to dying in the desert. “Weren’t there enough graves in Egypt? Why did you bring us out here to die in the desert?,” they complain, “Didn’t we tell you in Egypt to leave us alone and let us work for the Egyptians? It would be better to be slaves in Egypt than to die in the desert!” (Exodus 14:11-12).

Moses tells the People to stand still and to be quiet; he doesn’t refute their concerns or get into a deliberating argument with them. And it’s only at that point, once they stop with the deliberating, that God tells Moses to tell the people to move forward, to walk into the sea which will part for them. Their faith, their willingness to take the next best step, is in their actions, not in their deliberations. They were never going to reach perfect intellectual clarity on this, they just needed to stop talking and start walking.

This moment of quieting our deliberations enough to move forward is such a key moment in so many of our journeys. It resonates deeply for me with how my husband and I have made decisions on our journey with infertility.

I did not want to try ivf. As a fat woman whose body is often over-medicalized and automatically seen as diseased, the last thing I wanted was a medicalized form of reproduction. I did not want the poking and prodding, I did not want to turn my body or our sex life over to a medical team. I would deeply have preferred that conception happen with just the two of us in the room rather than with a cast of hundreds. I didn’t want the frequent vaginal ultrasounds and copious needle pricks and hot flashes – definitely nobody warned me about the hot flashes – of ivf. But I did want to be a mother. And that was not going to happen if I stayed in my comfort zone. Assisted reproduction was the “desert” – the wild unknown – in which we were destined to wander if we wanted to take the next step in the direction of our heart’s truest desire.

The Children of Israel are not idiots; they really don’t want the “side effects” of the desert either: the thirst and the hunger, the attacks from behind, the wandering and wandering and wandering. It is easy to understand why they would feel torn about leaving the slavery they knew for the vague promise of a Promised Land. But they show their willingness to say, “Yes,” to all of this with those first steps forward into the Sea of Reeds.

Pharoah dies from the stuckness of deliberation. Up until now, the Book of Exodus has been full of his flip-flopping: Let the People go…bring them back…let them go…chase them down. He dies and he takes his whole army down with him. They drown because they are stuck in the mud.

I have deliberated over each move we make in this infertility journey. And with good reason: it’s a wilderness out here, with new technologies being tested all the time on us, the mostly-willing subjects (or at least on our eggs and sperm). There are real psychological, ethical, and, for most Americans, financial choices to be carefully made. But there are also moments when it’s time to put deliberation aside. I am grateful for every time I’ve had a Moses – either in my own head or in the voice of a trusted friend – who could witness my own deliberation, never arguing against it, but simply saying, “Honey, it’s time to shut up and walk.”

Rabbi Minna Bromberg is a singer, songwriter, rabbi, and voice teacher who lives in Jerusalem with her husband, Rabbi Alan Abrams, and their daughter. Believing that singing both demands and teaches an integration of body, mind, and spirit, Minna teaches voice to rabbis, rabbinical students, and lay people who use their voices in leading prayer. Ordained at the Rabbinical School of Hebrew College in 2010, she currently runs the school’s Year-in-Israel Program for rabbinical students.