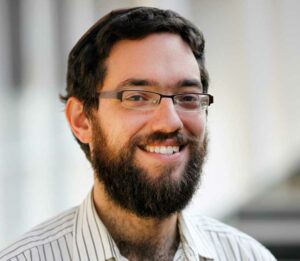 Yesterday President Obama nominated Judge Merrick Garland to be the next Supreme Court justice. The Hebrew College community blog is not the place for discussing the judicial or political merits or shortcomings of this announcement, but one thing has been filling my Facebook feed that is worth thinking about here: if confirmed, Garland would be the fourth Jewish justice on the Court. To be sure, there is good reason for ethnic and/or communal pride in this remarkable datum, but many of the Jewish news organizations that I’ve seen reporting on this aspect of the story have been quite reasonably asking: does it matter? Is there something about Garland’s Jewish identity that will affect the kind of justice he might be?

To some extent, the answer to this question is quite obvious: of course not. Even if the Supreme Court ends up being, for some amount of time, nearly half Jewish, these four justices all have different Jewish backgrounds, different current relationships with Jewish life and practice currently, come from different parts of the country. Even if a justice’s religion does affect their views (and, righteous protestations from judges of all religious stripes and judicial persuasions to the contrary, I have a hard time imagining that it does not), the insufficiently specific descriptor “Jewish” does not tell me much about the kind of religious views and concerns that would color a judge’s understanding of the world.

At the same time, though, it’s hard to believe that this remarkable moment is fully coincidental. Anti-Semitic tropes about Jewish lawyers and legalistic “pharisees” aside, Judaism is a religion noticeably (though not uniquely) tied up with law and legal thinking. It’s not surprising that people raised in this religion—no matter which flavor—are disproportionately likely to enter the legal profession.

But we can and should be more specific than that. Because while both the Hebrew Bible and the Talmud—the two most influential works in the Jewish canon—are legal texts, they are most marked by their refusal to silo law into its own hermetically sealed chamber, distinct from other forms of literature such as poetry and narrative. Right after the narrative pinnacle of the Book of Exodus—God’s direct revelation at Mount Sinai—we are launched into a litany of laws about recompense for ox-based accidents. And one of the most famous and dramatic talmudic stories—the Oven of Akhnai, in which God personally appears to resolve a rabbinic dispute and is pointedly ignored by those rabbis—takes its root in a discussion of the impurity status of a particular kind of oven.

This weaving together of law and story, prescription and myth, has been noted by an array of Jewish thinkers, both traditional and academic. But perhaps the most startling example appeared in the pages of the Harvard Law Review of all places. In a field-changing article titled “The Supreme Court, 1982 Term: Foreword: Nomos and Narrative,” Robert Cover, of blessed memory, then a professor at Yale Law School, described the intimate relationship between the stories a community tells about itself and the laws that they produce. Most remarkably, Cover introduced his main argument with a peculiarly chosen text: a mishnah from tractate Avot, as well as the 16th century commentary thereon by Rabbi Yosef Karo, the author of the Shulhan Arukh! In the pages of the patrician Harvard Law Review, the apparent contradiction between two passages in the mishnah and a resolution to that contradiction offered by the author of the most widely disseminated Jewish law code serve as the basis for articulating the relationship between a culture’s most deeply held beliefs and the ways that a culture expresses those beliefs through laws.

Cover’s work has been hugely influential, not only on lawyers and judges, but on students of a variety of literatures, not least of all in my own field of rabbinics. And I think it would be fair to say that, to a large extent, the current Court—and the legal profession more broadly—is divided between those who are inspired by Cover’s description of law and those who are reacting against it. And to be clear, there are of course many Jewish lawyers and judges who fall into the latter camp.

But it’s likely no coincidence that so many Jews are drawn to the study of law, not because Judaism is “legalistic,” as the old stereotype would have it, but rather, because Jewish texts deny the existence of a wall between the legal and the spiritual. A religious tradition that privileges neither law nor narrative, which thinks that the story of the golden calf belongs in the same book as instructions for how much I owe if you my ox gores your ox, implicitly teaches us all that law is not a necessary evil of communal life, but rather a beautiful expression of a culture’s deepest values.