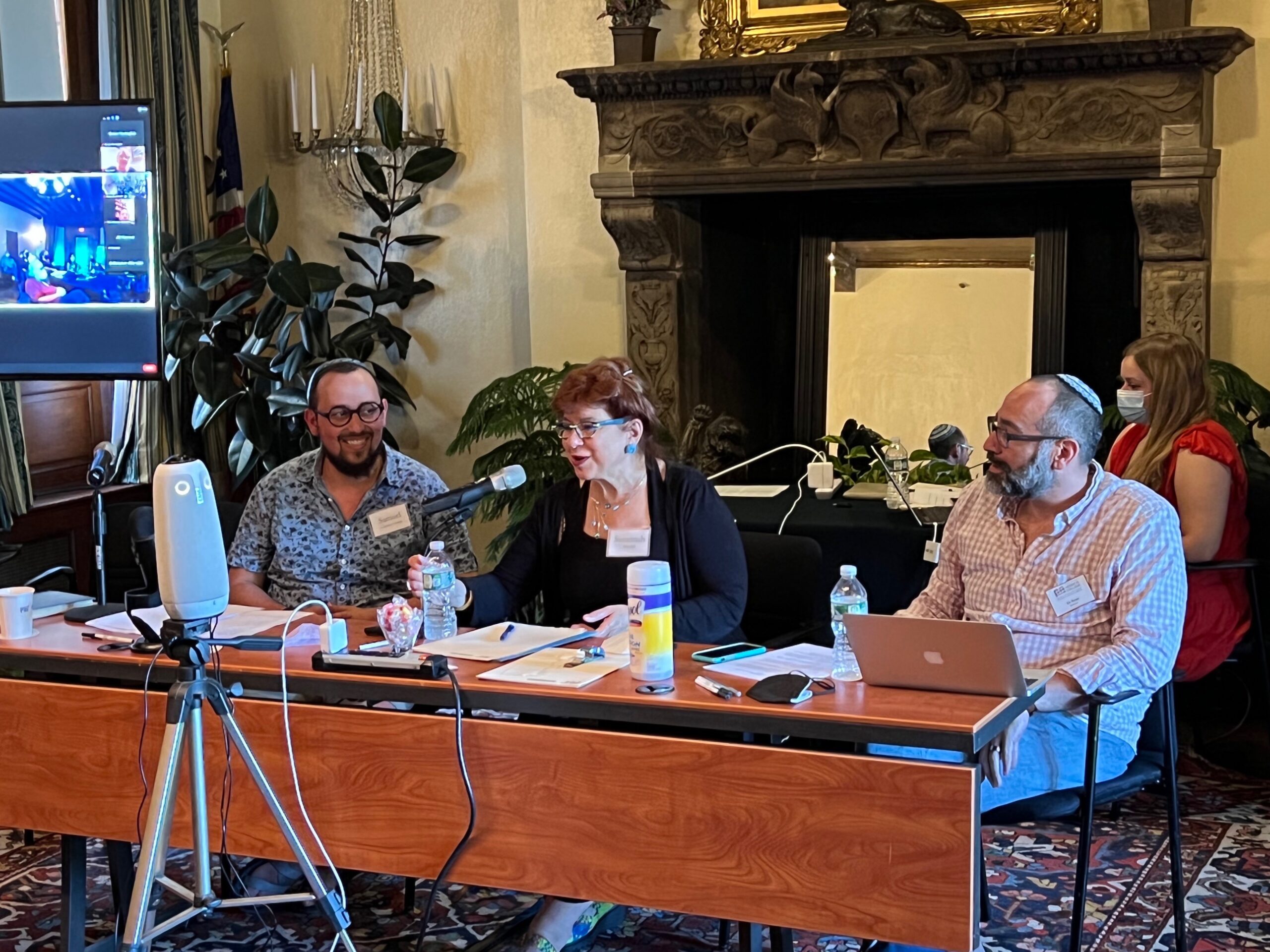 Following the seventh anniversary of the passing of Rabbi Zalman Schachter-Shalomi (August 8, 1924-June 3, 2014), founder of the Jewish Renewal Movement, the staff of the Miller Center for Interreligious Learning & Leadership of Hebrew College began envisioning a unique and ambitious colloquium reflecting on Reb Zalman’s (a less formal title he preferred) life and legacy.

Commenting on the timing of the meeting, Rabbi Or Rose, founding director of the Miller Center, stated, “Given the significance of cycles of seven in the Jewish tradition, I felt it was time to gather scholars and practitioners to reflect appreciatively and critically on the innovative work of this renowned figure.” The colloquium took place just over a year later, June 26-27, 2022, at the MIT Endicott House in Dedham, MA.

In developing the vision for the colloquium, Rabbi Rose soon reached out to Dr. Shaul Magid of Dartmouth College, and Pir Netanel Miles-Yépez of Naropa University, two leading scholars of Reb Zalman’s work. Together, the three organizers chose to focus the gathering on two central and interrelated areas of Reb Zalman’s oeuvre: intra-Jewish and interreligious engagement. The Miller Center received generous funding support from the Yesod Foundation and several private donors.

Reflecting on the thematic choice of the colloquium, Pir Miles-Yépez remarked: “This wasn’t the first gathering dedicated to Reb Zalman’s thought and practice, nor will it be the last. But the symposium was unique in [bringing] together specialists with different forms of expertise to examine how this religious genius evolved both as a Jewish and interreligious seeker and leader. Furthermore, we invited participants to investigate these subjects both historically and spiritually, asking how we can make thoughtful use of his legacy today.”

Given the dual focus on intra-Jewish and interreligious engagement—“Deep Ecumenism” (a term Reb Zalman adopted from his Christian colleague and friend Matthew Fox)—presenters and respondents came from a diverse range of religious and cultural traditions, including Judaism, Buddhism, Christianity, and Islam. Speakers reflected on Reb Zalman’s exploration of ideas and practices from these traditions and his relationships with such religious luminaries as Rev. Howard Thurman, Fr. Thomas Merton, Rabbi Menachem Mendel Schneerson (the Seventh Lubavitch Rebbe), and other figures.

Dr. Magid stated that it was Reb Zalman’s holistic approach to Jewish, religious, and cultural life that led him and his colleagues to focus on these intersecting subjects: “We surmised that his deep ecumenical approach was not parenthetical to his Jewish vision of renewal but integral to it. He believed that as much as Judaism could contribute to the global project of spiritual attunement, it needed other forms of wisdom—religious and secular—to sharpen it and repair the damage done by centuries of marginalization and insularity.”

While the colloquium was a small invitational event, pre-recorded remarks by four special guests – Eve Ilsen, Tirzah Firestone, Matthew Fox, and Elliot Ginsberg – are available to the public on the Hebrew College YouTube channel.

The colloquium has also initiated two book projects: The organizers will be creating an edited volume based on the colloquium presentations and other solicited essays, and, together with Samuel Glauber-Zimra, a doctoral student at Ben-Gurion University, a collection of Reb Zalman’s correspondences with various religious and cultural figures from North America, Europe, and Israel.

Established in 2016, the Betty Ann Greenbaum Miller Center for Interreligious Learning & Leadership of Hebrew College provides current and future religious and ethical leaders with the knowledge and skills to serve in a religiously diverse society. We work with clergy, academics, and communal leaders, as well as high school, undergraduate, and graduate students and seminarians. Learn more about the Miller Center.