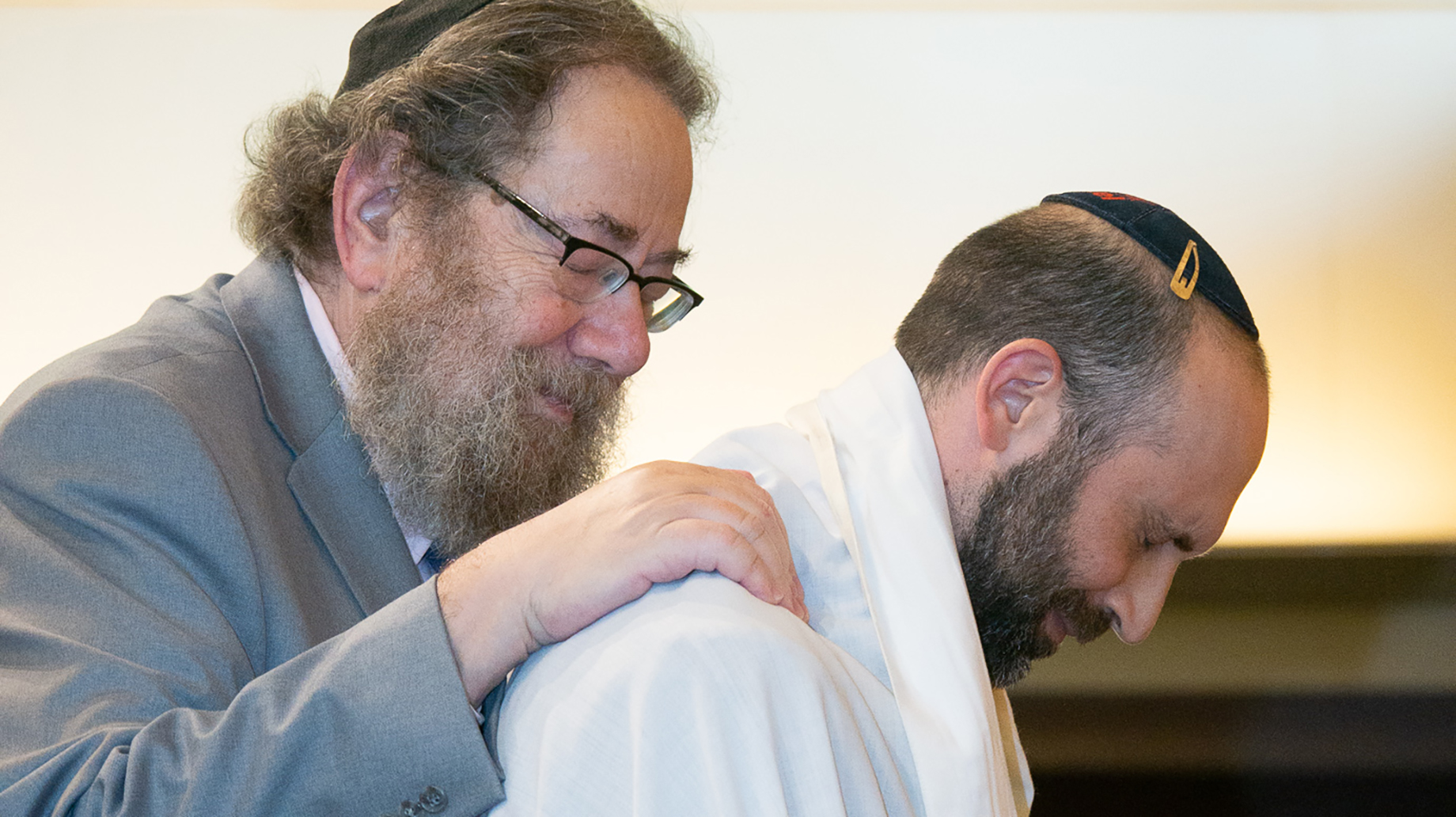 Joel Goldstein spent years searching for the “ethos” of his life. As a child, he wanted to be a paleontologist or a baseball player. In high school, he decided on physicist. He started UC Berkeley as a political science major, before switching back to physics.

This week, Goldstein, who spent more than a decade as a Naval submarine officer and Boeing engineer, will be ordained as a rabbi. He is one of two students to ever complete the requirements of the Rabbinical School of Hebrew College in just three years, and will move this summer to Syracuse, N.Y., to serve as a campus rabbi at Syracuse University.

Goldstein, who grew up conservative, attending Jewish day school and high school in Los Angeles, said he never expected to go to rabbinical school. He learned to read Torah at age 8, but leaned away from Judaism in his twenties because of dissatisfaction with traditional Jewish perspectives on the role of women, sexuality, and the Queer experience. He turned, instead, to “Americanism,” he says, and joined the Navy as an officer, inspired by his father’s service in the Army reserves. He still rereads the U.S. Constitution every year.

“I was an idealist. I was 21,” he said. “I thought, ‘traditional judaism isn’t doing a good job with with marginalized populations.’ I thought ‘maybe Americanism, the idea that everybody has rights, everybody has freedom,’ could do it — essentially the ‘American religion of equal opportunity.’ It took me awhile to realize that doesn’t exist.”

Goldstein spent three years as a submarine officer, including time on a ballistic submarine in the Pacific Ocean, and then became an engineer at Boeing. He did radar testing on the F-22 Raptor and simultaneously earned a master’s degree in physics. He always thought he would go back to school to get a PhD. 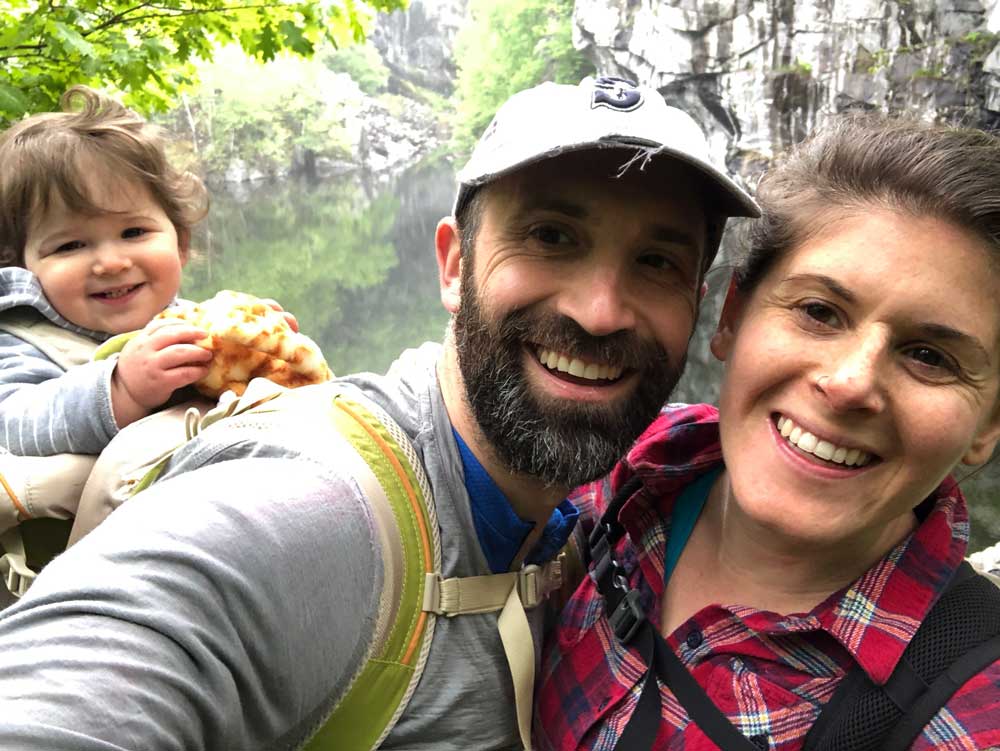 Instead, Goldstein re-discovered Judaism. He got involved with the Jewish community in Seattle after meeting Rabbi Rachel Nussbaum, founder of emerging Kavana Cooperative, at a friend’s party. At the same time, he was reading “The Will To Live On: This is Our Heritage,” by Herman Wouk, in which Wouk describes discussing daf yomi and Talmud with Richard Feynman, the theoretical physicist and devout atheist.

“I said to myself, ‘Feynman was a devout atheist,’” Goldstein said. “If he was interested, maybe I should get back into it. I started learning parsha in Rachel Nussbaum’s living room every Wednesday night, and eventually got involved in programming for Kavana.”

A few years later, when his then-girlfriend and now-wife told him that she would be spending a year at The Pardes Institute of Jewish Studies, Goldstein decided to take a year sabbatical from Boeing to study at a conservative yeshiva in Israel. Two years later, while transitioning from Seattle to Michigan for his wife to begin graduate school, he spent a summer learning at the Hadar Institute in New York. And after working for two years as an engineer in Michigan, he applied for and received the International Nahum Goldmann Fellowship, which empowers young adults to explore the complex and controversial nature of shifting Jewish identity.

“At the end of it, I made a comment about wanting to change careers,” he said. “And the president of the board of the fellowship said, ‘My daughter needs a talmud teacher in Chicago. Give her a call.’”

Goldstein spent a year teaching Talmud and rabbinics at the Chicagoland Jewish High School and then was hired to teach at the Charles E. Smith Jewish Day School in Washington, D.C., where his wife had moved for a fellowship. He had become a professional Jew, he says, but didn’t have a degree to prove it. He decided to apply to the Rabbinical School at Hebrew College.

“A lot of people started to see me as some sort of authority. People I was teaching would ask me halachic questions, would ask me how to understand a source,” he said. “I enjoyed responding to these things, but wanted to make sure I was providing appropriate responses. There’s something nice about being a lay person doing it, but there’s also a danger. I wanted the formal authority.”

Goldstein says his engineering background gives him a unique perspective as a rabbinical student. But he also felt that he had to “catch up” with classmates who had a more literary background. In the Navy, he learned to study quickly and “digest a lot of information at once” but didn’t often have the opportunity to think creatively. So he spent summers of rabbinical school learning how to read critically. 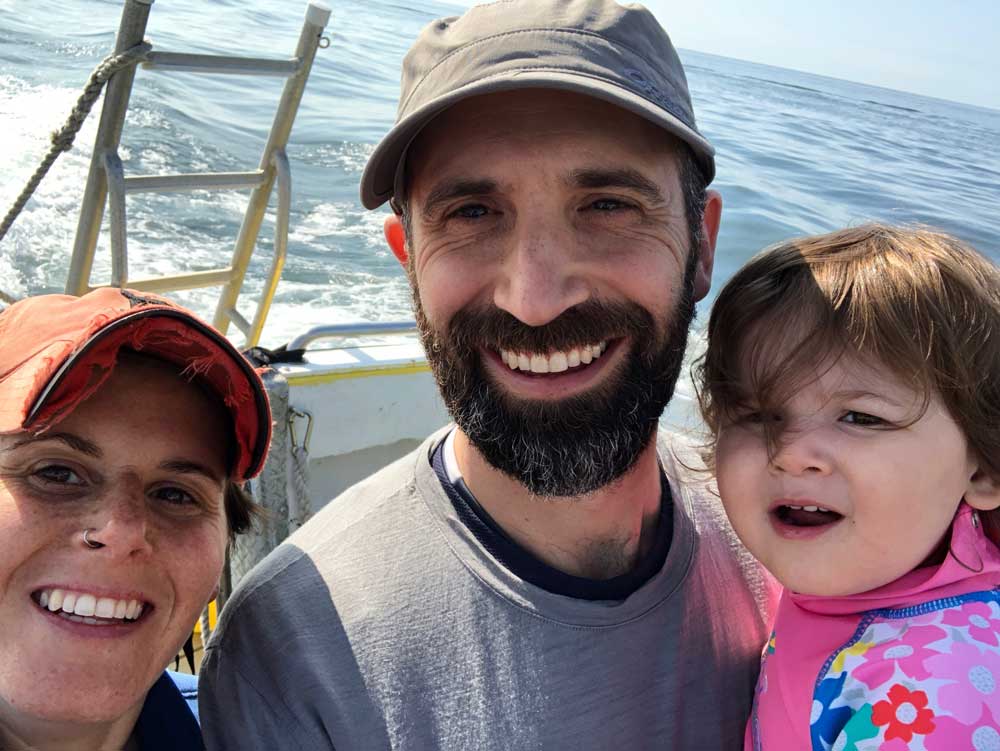 “The engineering background gives me a different way of thinking, a different view. I have different vocabulary that I use,” he said. “It gives me much more of a trial-and-error way of playing with texts. I’m willing to make a hypothesis about what a text says and then run it through.”

He still gets interested when he sees scientific references within Jewish texts, such as a reference to ancient astronomy. He recently gave a presentation at Limmud Michigan about how modern rabbis have responded when traditions were based on bad science, entitled, “When Our Sages of Blessed Memory Got the Science Wrong.”

While at Hebrew College, Goldstein served as the spiritual leader of Temple Beth Sholom of Hull, as a rabbinic advisor at the Slifka Center for Jewish Life at Yale, and as a teacher for both the Cambridge Teen Beit Midrash and Congregation Dorshei Tzedek in Newton. He expected he would go back to teaching after graduation, but has discovered a whole different world of Jewish leadership — and is looking forward to working with college students at Syracuse.

“There’s something about the critical mind, the openness to learning at that age, that is really fascinating,” he said. “I’m definitely glad I left engineering, and I’m definitely glad I went to rabbinical school, but I feel less sure of where I am Jewishly. When I came to Hebrew College, I said, ‘I’m just going to go back to teaching.’ Hebrew College has changed that.”

What he has found is true teachers — teachers who taught him that it is okay to keep searching.

“I’ve always wanted to live intentionally. You to go school and then you go to college and then you go to grad school. For me, it was like, ‘How do I live? What do I do during my time? How do I interact with people? How do I interact with the world. Those are the questions I’ve been dealing with,” he said. “I’m always looking for what my relationship is with the world and the people in it and how do I manifest it?”

“I’ve found that I don’t need to find it. I need to keep searching for it. And that’s okay,” he said. “I’ve gained teachers whom I can rely on, whom I can talk things out with. They know the way I think. I know the way they think. They have the kind of authority that I was always looking for.”

Learn more about the Rabbinical School of Hebrew College in Newton Centre, MA.