Shirley Saunders became interested in the “conversos” community more than 30 years ago. She had begun exploring her own Ashkenazi genealogy and was fascinated to learn about the descendants of Spanish and Portuguese Jews who had converted to Catholicism during the 14th and 15th centuries. 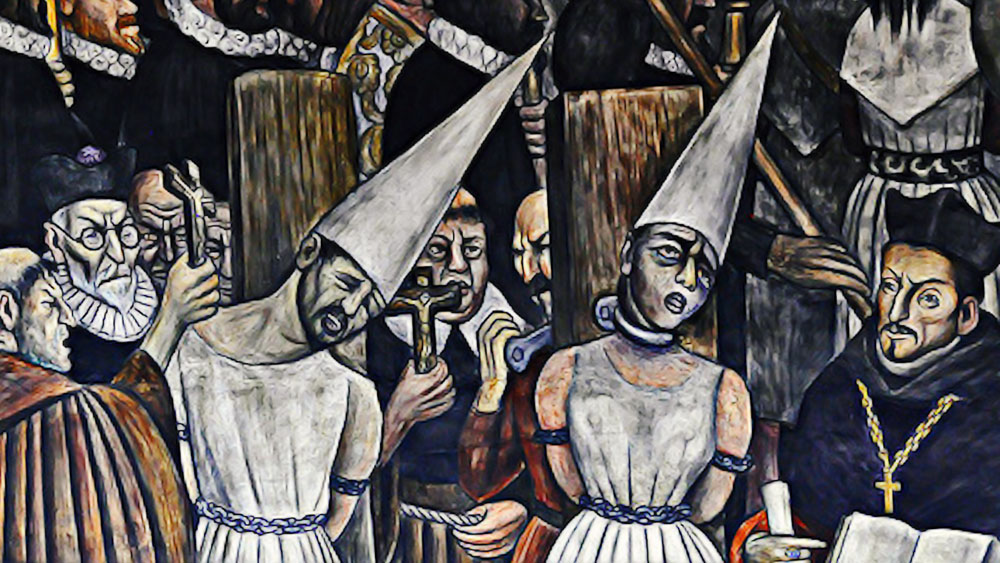 Over the years, Saunders learned more and more about “conversos” through a film at the Boston Jewish Film Festival, while listening to NPR, and during a lecture that she read about in The Jewish Advocate. Through her research, she met conversos in New England, and attended the dedication of The Institute for Sefardi and Anousim Studies (ISAS) at Netanya Academic College in Israel and the rededication of a synagogue in the Azores, off the coast of Portugal. And then, at an Independence Day party, she met someone whose brother-in-law—Joe Lovett—was producing a film about this topic.

“I became very sensitive to these connections and found it fascinating,” said Saunders, an alumnus of the Hebrew College Me’ah Classic two-year adult learning program who has also taken numerous Hebrew College classes over the past two decades. “We should know the history of the Jewish people. This is a whole area of Jewish history that people don’t understand or know about, what happened to these people and why they’re a fragment of the numbers they were, and how there are still people after hundreds of years who have a yearning to connect to Judaism. I find that most people when they learn about this, they’re fascinated by it.”

Now Saunders, former program chair of the Jewish Genealogical Society of Greater Boston (JGSGB), is helping to bring awareness of this intriguing Jewish community through an upcoming screening of this film, Children of the Inquisition, followed on November 22 by a live Zoom panel discussion with the executive producer, director and guests. This event is made possible thanks to a generous, anonymous donor, and is co-sponsored by Hebrew College, JGSGB, and Temple Beth Sholom in Framingham, MA. The screening and panel discussion are free, but advance registration is required by Thursday, November 19 at 4 p.m.

“We’re so excited to be co-hosting the film. Hebrew College obviously emphasizes pluralism as a primary value, and Children of the Inquisition really brings that to life,” said Temple Beth Sholom Rabbi Allison Poirier, a 2019 graduate of The Rabbinical School of Hebrew College. It’s an important reminder that our community is made up of individuals with unique history, and I look forward to the discussion as a way of honoring these many stories.” 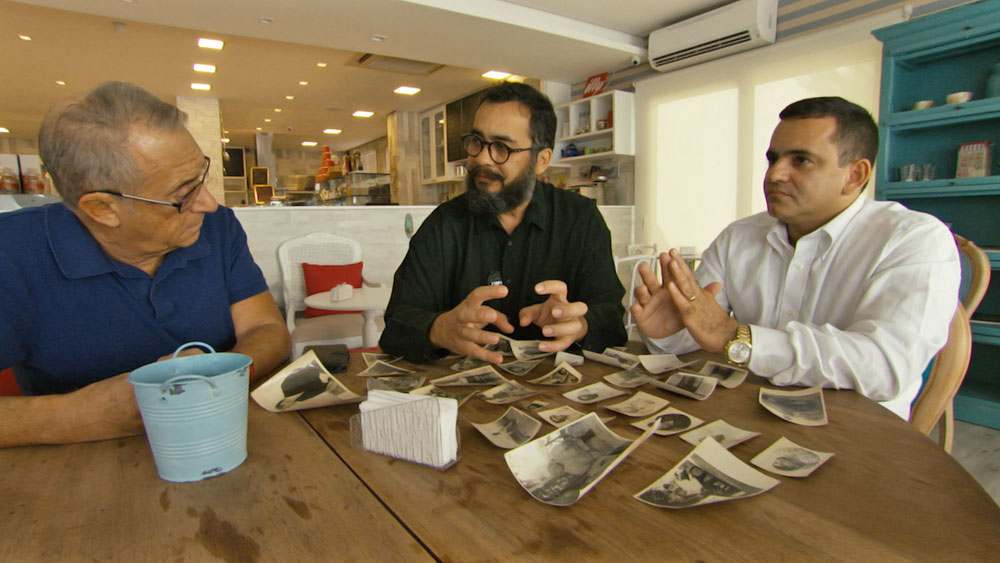 Children of the Inquisition examines what happened to the families forced to convert to Catholicism or flee during the Spanish and Portuguese Inquisitions through the eyes of their contemporary descendants, many of whom are just discovering their often-nuanced Jewish roots. The film’s storytellers uncover the connections between these families’ journeys and this buried history, and give new perspective to events we face in the world today. 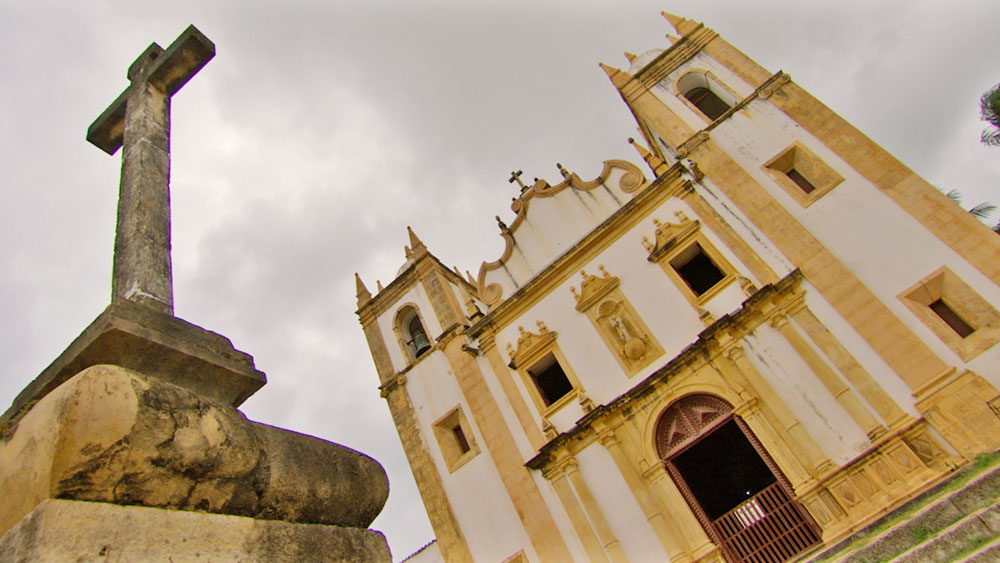 Olinda, Brazil Cathedral of the Inquisition

The panel will feature Rabbi Or Rose, director of the Miller Center for Interreligious Learning and Leadership of Hebrew College; Adam Brown, administrator of the Avotaynu DNA Project and managing editor of AvotaynuOnline.com; José “Akiba” Portuondo-Dember, a translator, attorney, and member of the Cuban American conversos community; Reyna Simnegar, author of Persian Food from the Non-Persian Bride and member of the Venezuelan conversos community; and Keith Stokes, vice president of the 1696 Heritage Group and descendant of a founder of the historic Touro Synagogue in Rhode Island, where Saunders is also involved. 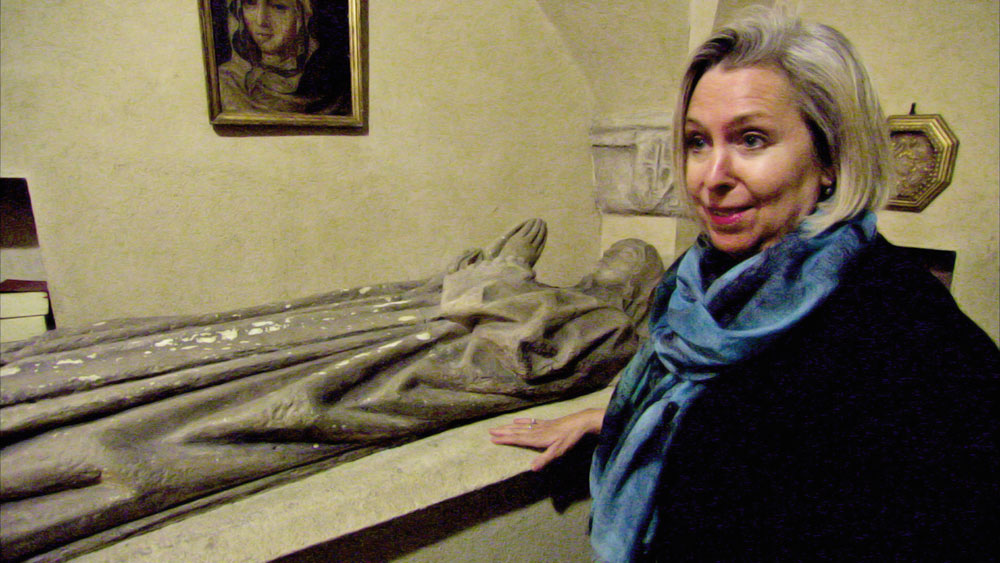 Saunders said she has met relatives around the world whom she has discovered through genealogical research and DNA testing, and she has introduced some of them to other relatives. She has met conversos in Massachusetts and Rhode Island through her research in this area. She loves the “ah ha” moments of these genealogical discoveries. Saunders is currently taking “The Sword and the Cross from Mexico to Argentina: Literature of Extreme Situations,” a Hebrew College Me’ah Select class.

“I think it makes you feel a connection to yourself and your history. It’s a sense of belonging, it’s a sense of not being alone,” she said. “I have found dynamic, interesting, nice people. They have added to my life. And I hope I’ve done something for them as well.”

The film will be available to registrants to view at leisure for 48 hours before the Zoom panel discussion on November 22. Learn more and RSVP.