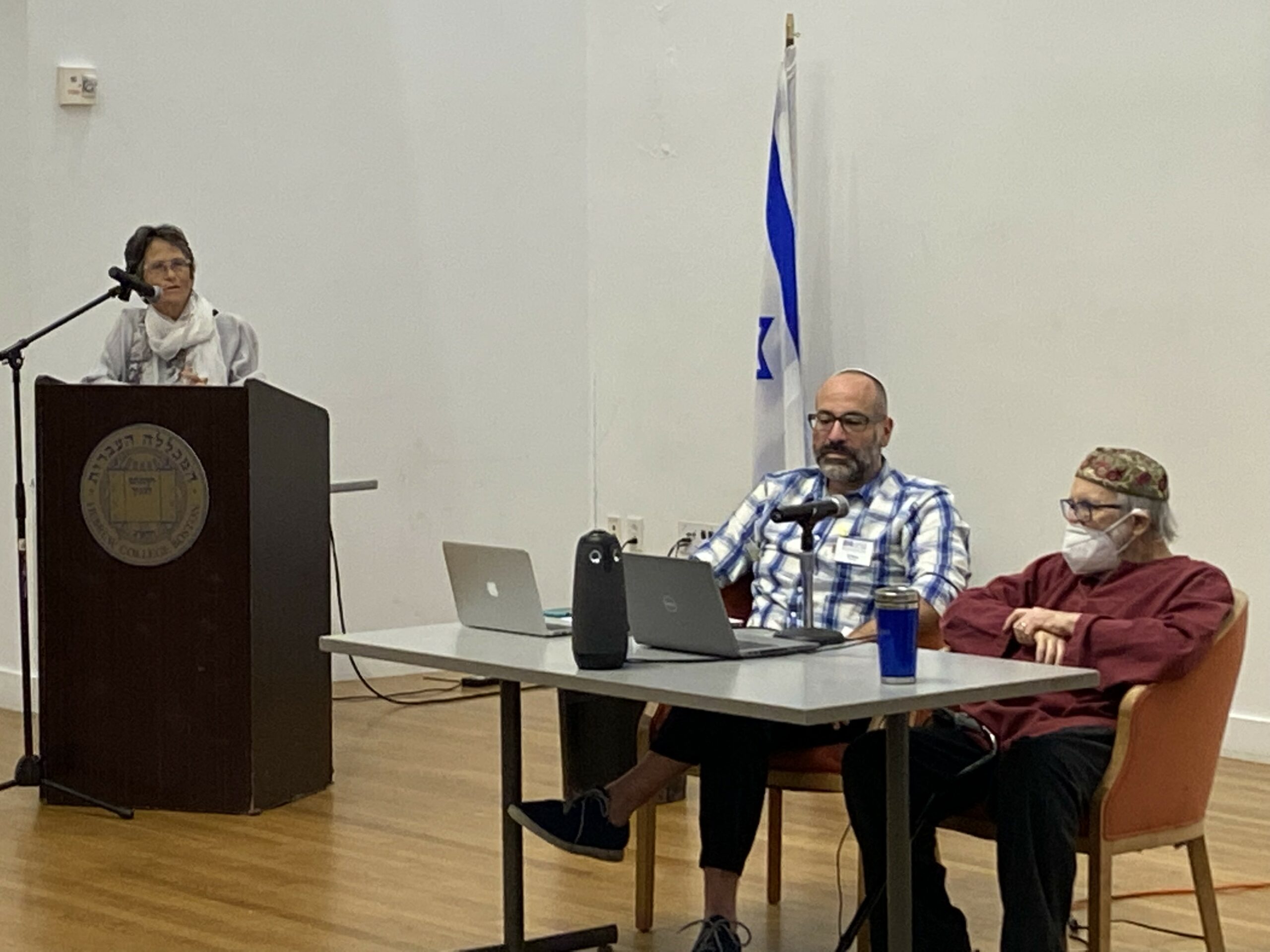 For the past 50 years, Rabbi Arthur Waskow, PhD., founder and executive director of the Shalom Center, has shared his prophetic vision in some 28 books and countless articles and blog posts. He burst onto the Jewish scene in 1969 with the now-iconic Freedom Seder, bringing the liberative message of this ancient biblical festival to bear on modern American political life. Since that time, Waskow has grown to become a leading contemporary religious voice for justice and peace, working tirelessly in coalition with thousands of people from different walks of life.

The Miller Center of Hebrew College was honored to host Waskow for a public event on September 8, 2022, focusing on his 2020 book, Dancing in God’s Earthquake: The Coming Transformation of Religion. Miller Center Director Rabbi Or Rose interviewed Waskow and engaged with him in dialogue. A small group of in-person guests and over 100 Zoom participants gathered for this intergenerational discussion. 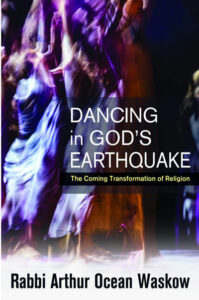 When Rose asked why Waskow he chose the title “Dancing in God’s Earthquake” for his latest book, the veteran activist and spiritual leader explained, “I came to understand that every conceivable aspect of our lives is shaking and quaking at this time, and we need to learn how to dance in the earthquake.” He further remarked that while some people try to gain stability amidst the change by holding tightly to beliefs and practices from bygone times, and others simply deny that anything is changing, we need to develop a third way forward: “I looked around and saw examples of bold and creative Jewish, Christian, Muslim, Buddhist, and other individuals and communities thoughtfully transforming their traditions… taking ancient texts and rituals and lovingly twirling them in the air–discovering new sacred possibilities.”

Waskow’s deep commitment to interreligious learning and action was palpable throughout the evening. As Rev. Tom Reid, associate director of the Miller Center, commented: “I was so moved by Rabbi Waskow’s deep knowledge of my tradition–Christianity–and the gift he offered us by contextualizing Jesus’ teachings in the world of rabbinic thought and culture. It reminded me that despite the historic, often acrimonious, divisions between Jews and Christians, we can help one another gain a broader understanding of our religious traditions and create new pathways for mutually-enriching engagement today.”

In closing the program, Rose asked Waskow to share “some hard-earned wisdom” with younger generations of activists. The 89-year-old rabbi said softly, “I have spent more time in recent years learning how to love–both personally and publicly, including in political spaces. I feel very strongly that we need the wisdom of Shir Ha’Shirim (The Song of Songs) in a world that is so polarized and in which anger and fear permeate too much of life.”

To purchase a copy of Waskow’s book Dancing in God’s Earthquake: The Coming Transformation of Religion, click here.