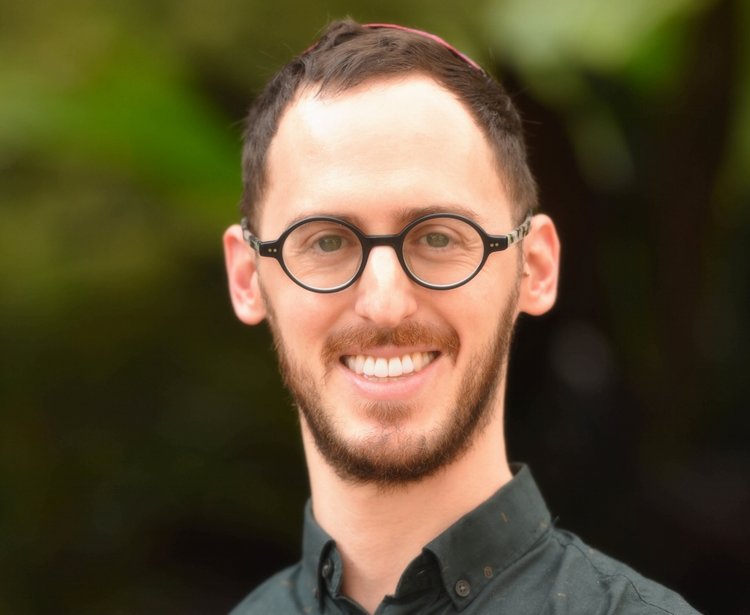 A man in an elevator repeatedly presses the close button as a woman outside shares her story of sexual assault. T’ruah recently convened a group of rabbis and cantors in conversation with Ana Maria Archila, one of the women who confronted Senator Jeff Flake in that powerful moment. During our conversation, someone spoke about Dr. Ford’s courage, and the cautious optimism they felt leading up to the hearing. And then the silence after Kavanaugh was confirmed, the way many of us shut down.

Shut down. Stopped up. As Isaac becomes successful and powerful, the Torah tells us, a group of people called the Philistines stop up the wells Abraham, Isaac’s father, dug. After many years of providing water to people and their flocks, the wells are shut down. Driven by self-interest, the Philistines threaten the public good. In response, both Isaac and the Philistines sort themselves into ideological camps. They decide one side should have power over the nation’s resources, regardless of the societal cost.

The fight for control of the wells suddenly becomes a zero sum game. The Targum, a 1st century translation renders “closed up” into the Aramaic tmunim. Being driven by self-interest, “chokes up (matametem) the heart.” As we sort ourselves into ideological camps, “us” and “them”, we close our hearts to each other. We lose access to our collective purpose and vision. As we fall for this “us” versus “them” narrative, we shut down spaces essential to a vibrant democracy, beginning with our hearts. We cry out to each other, like Archila’s fellow protester did, “Look at me!”, but feel painfully invisible to each other.

Isaac, too, falls for this “us” versus “them” narrative. He fights to gain power over the wells. As he does, he loses sight of the original purpose of these wells: to provide the inhabitants of the land with access to a vital resource. When we try to gain power over each other, we act out of a belief that we do not have shared goals, and must fight for sustenance, fight to be seen, to be heard. When Isaac fights for control of the wells, he calls the first well he reclaims Esek, “because they contended with him” (Genesis 26:20). Esek signifies a conflict between two separate parties. Us. Them.

But when he struggles to regain control of the second well, he names it Sitnah. Sitnah means “enmity” and is connected to the word Satan. In Hebrew, Satan is not the red demon. It is an inner adversary. Sitnah is conflict that has roots inside us. As Isaac and the Philistines fight over this second well, Isaac understands it — not as primarily between him and someone else — but as rooted in the fear and doubt deep within him. As Isaac locates the source of conflict within his own heart, his sense of constriction disappears.

From this new perspective, he is able to dig a new well that he names Rechovot — Wide Spaces — ‘For now God has made space for us and we will be fruitful in the land’ (26:22). Wide and spacious. According to Ana Maria Archila, this is what democracy looks like: “Democracy is the way we come alive in communal spaces, and take care of each other.” It is a process that starts with the decision to connect our hearts with each other around a communal vision. In this act of coming alive, our hearts are no longer choked up.

As Isaac names the well Rechovot, he proclaims, “Now God has made room. Made room in the land for me and the Philistines.” As he moves out of an “us” and “them” mentality, makes his understanding of “we” a Wide Space that includes both him and the Philistines, he reclaims a bigger vision, a kind of faith that the wells are deep enough, his heart spacious enough, to extend care to all who dwell in the land. Like Ana Maria Archila, like Isaac, let us uphold democracy as a way to care for each other — and as we do, may we find the strength and courage to break open the wellspring of love that is deep enough to nourish us all.

Rabbi Adam Lavitt is a rabbi and chaplain at Hebrew SeniorLife, a Spiritual Director, and a curriculum writer for Moving Traditions. He graduated from the Rabbinical School of Hebrew College in 2012, and served as assistant rabbi at Congregation Dorshei Tzedek, and campus rabbi at Swarthmore College. He is an alumnus of the CLAL Rabbis Without Borders Fellowship, JOIN for Justice Clergy Fellowship, and a Boston Bridges Fellowship. He lives in Providence, Rhode Island with his husband Alex.