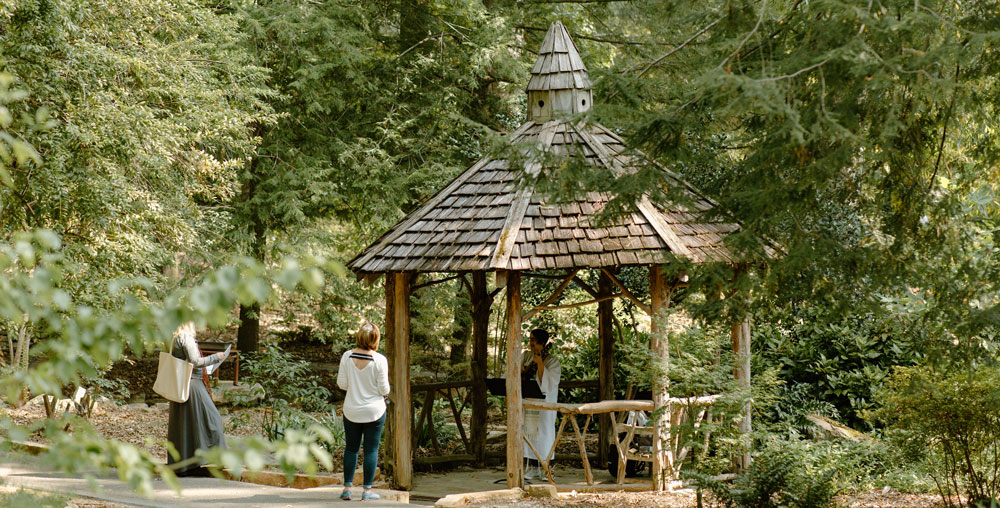 “We hope that these carefully crafted prayer walks will stir your soul and draw you closer to the meaning of teshuvah and connection with the Holy One, which are the purpose of these days of awe. By going outdoors, we can see each other from a distance and wave.” — Temple Beth El High Holiday prayer guide

On Rosh Hashanah and Yom Kippur, more than 400 congregants and guests of Temple Beth El in Birmingham, Ala., followed a wheelchair-accessible path through the local botanical gardens with stations for reflection and prayer—inspired by Rabbi Abraham Joshua Heschel, who “prayed with his feet” during the 1965 Selma to Montgomery voting rights march with Dr. Martin Luther King.

They were joined by several Birmingham-area clergy from a variety of backgrounds and faiths, with whom their rabbi, Hebrew College alumnus Rabbi Stephen Slater `18, has fostered new relationships, as well as with the 39-year-old black mayor of Birmingham. Rabbi Slater serves on the mayor’s new City of Birmingham interfaith coalition.

“When Rabbi Heschel was here in Alabama, he said, ‘I felt my feet were praying.’ That was very much on my mind,” Rabbi Slater said. “I realized what we can do during the pandemic is walk, take care of ourselves outdoors. We have to not gather. But if you stretch our congregation out along a long walking course, we can see each other. We are not congregated, but we are physically present. We can say Shana Tovah in masks.” 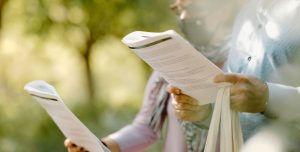 Rabbi Slater came up with the idea over the summer, as it became clear that traditional High Holiday services would not be possible. He had noticed decreasing attendance at Temple Beth El’s online services, and wanted congregants to feel engaged, cared for, and connected to others in a safe and spiritual way. He and his staff put together prayer books [see below].

His congregation was beginning a study on its involvement in the Civil Right Movement in Birmingham—which included integrating a department store and writing a legal settlement—so he wanted to bring in worshippers across racial and religious divides. He sent a message to more than a dozen local clergy that said: “This year—after a difficult time of upheaval, illness, and death across our nation—will you join us in conversation and prayer?”

Rabbi Slater points to his Hebrew College teacher Rabbi Ebn Leader and other faculty who taught him to approach pastoral care, prayer, and spiritual life in new and creative ways—including studying Rebbe Nachman of Breslov’s practice of hitbodedut, or self-secluded Jewish meditation in the wilderness. Rabbi Slater remembers taking conscious-raising walks in the woods led by his classmate Rabbi Laura Bellows, now Hebrew College Director of Prozdor and Youth Programs. 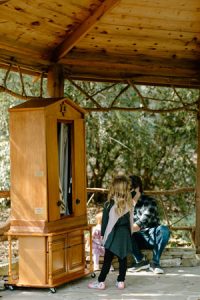 “In a moment like this, I really needed creativity to open up what a service could be—we needed something other than just sitting for hours with a prayer book. Having seen other examples of prayer during my time at Hebrew College, this idea was within my reach. We’d gone on prayer walks together, and my teachers had modeled creativity and creative approaches to everything.”

In addition to the prayer walks, Rabbi Slater offered a traditional online service, which he filmed beforehand. And while some preferred this—and were grateful for the tradition—more than 90 percent of congregants told him that the prayer walk was “the most meaningful prayer experience they had had.”