News Highlights Building a World of Dignity and Compassion

Building a world of dignity and compassion for all, Hebrew College’s newly ordained rabbis and cantors exemplify reimagined Jewish leadership striving for an interconnected and pluralistic world.

The Commencement and Ordination for the graduating class of 2022/5782 took place in person (and was livestreamed) on Sunday, May 29, 2022 at Temple Reyim in Auburndale, MA.

Following ordination and graduation, new rabbis and cantors will be bringing their knowledge and leadership to reform, conservative, and pluralistic synagogues and organizations.

“The jobs that members of our graduating class are taking truly reflect the diversity of interest which makes Hebrew College such a compelling place,” said Graduate Programs Dean and Chief Academic Officer Rabbi Dan Judson. “The positions include: a Director of Pastoral Care at an elder care facility; a teen educator; the Assistant Rabbi for the world’s largest LGBT synagogue; the new BASE Rabbi for Berkeley, CA; a text teacher at a Jewish day school, etc. It is an immensely talented group of graduating students, and they will make a significant mark on the Jewish world in very different ways, but each of them will be bringing the combination of textual knowledge and community building skills which are core to the Hebrew College program.” 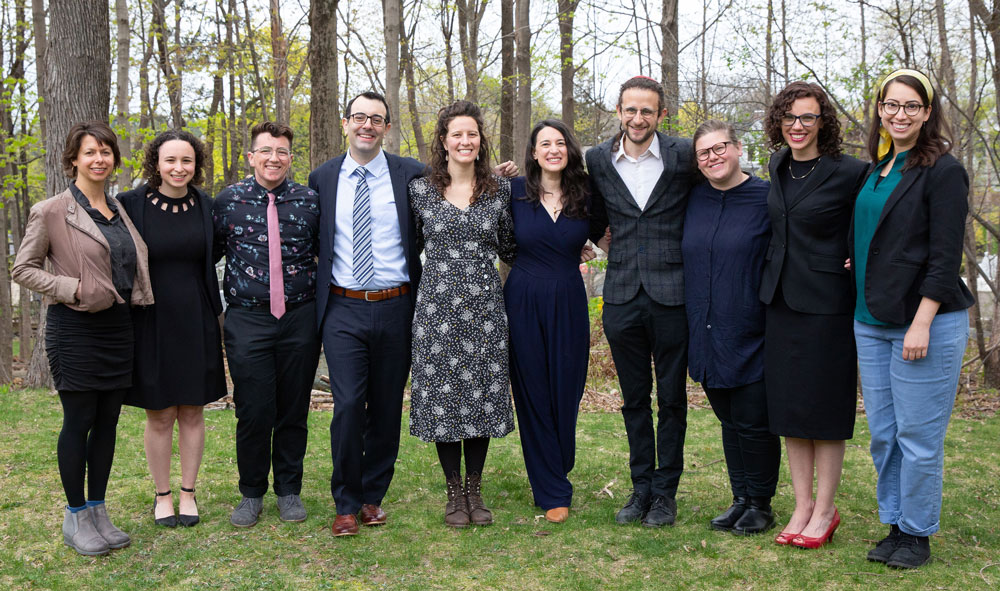 Hebrew College’s rabbinical program offers a rigorous graduate academic program of five or six years. Its completion marks a future leader “eager and diligent in the study of Torah,” and contemplative and considerate in their study of Jewish thought and practice. The cantorial program includes a comprehensive curriculum combining classwork, vocal arts, private cantorial coaching, and internships to trains students to serve 21st-century congregations. In addition to being ordained, graduates earn either a Master of Jewish Education or Master of Jewish Studies.

In her ceremonial remarks, Rabbi Sharon Cohen Anisfeld, President of Hebrew College, noted the difficulties of building relationships across differences—something Hebrew College’s students are accustomed to since the institution maintains a deep commitment to pluralism and an openness to all forms of Jewish expression. Despite these difficulties, she noted, “You have modeled the courage of sticking it out staying in conversation and in relationship even when you find yourselves deeply challenged by someone else’s perspective.

“Our community, our Torah, has been deeper, more expansive, and more joyful because of you,” Rabbi Tamar El-Ad Appelbaum, co-founder of the Beit Midrash for Israeli Rabbis and founder of Kehilat Zion in Jerusalem,  told the Hebrew College Class of 2022/5782 in her Commencement keynote address.

“The Torah teaches us as leaders that sometimes you just have to be exactly where human beings are,” she imparted to the graduates. “The presence of others allows for the possibility of being a blessing.”

Learn more about where Hebrew College graduates are working around the country and world. Interested or know someone who would be a wonderful rabbi? Register for Ta Sh’ma (Come & hear), Hebrew College’s Fall Ordination Program Open Houses (virtual and in-person options). 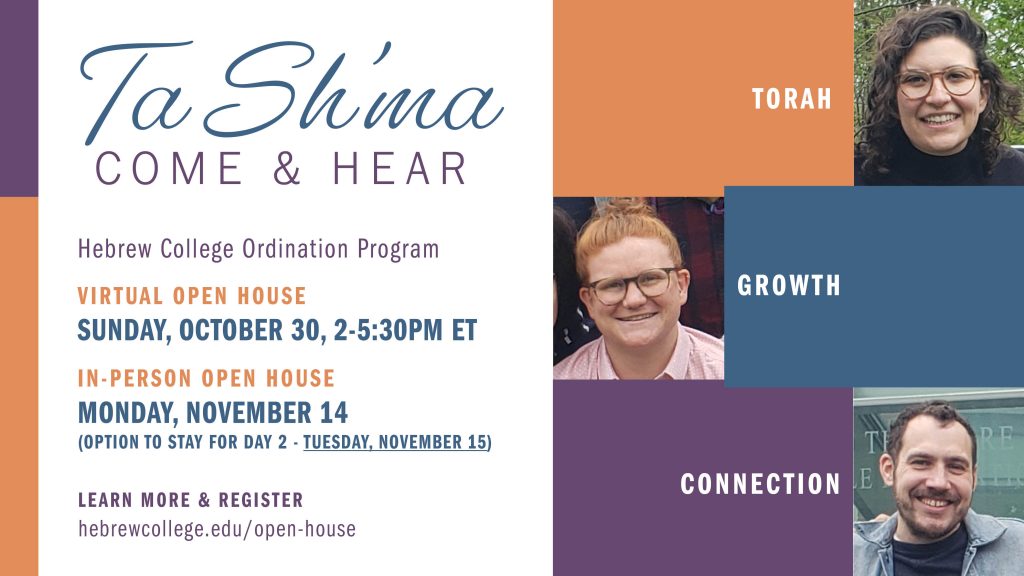