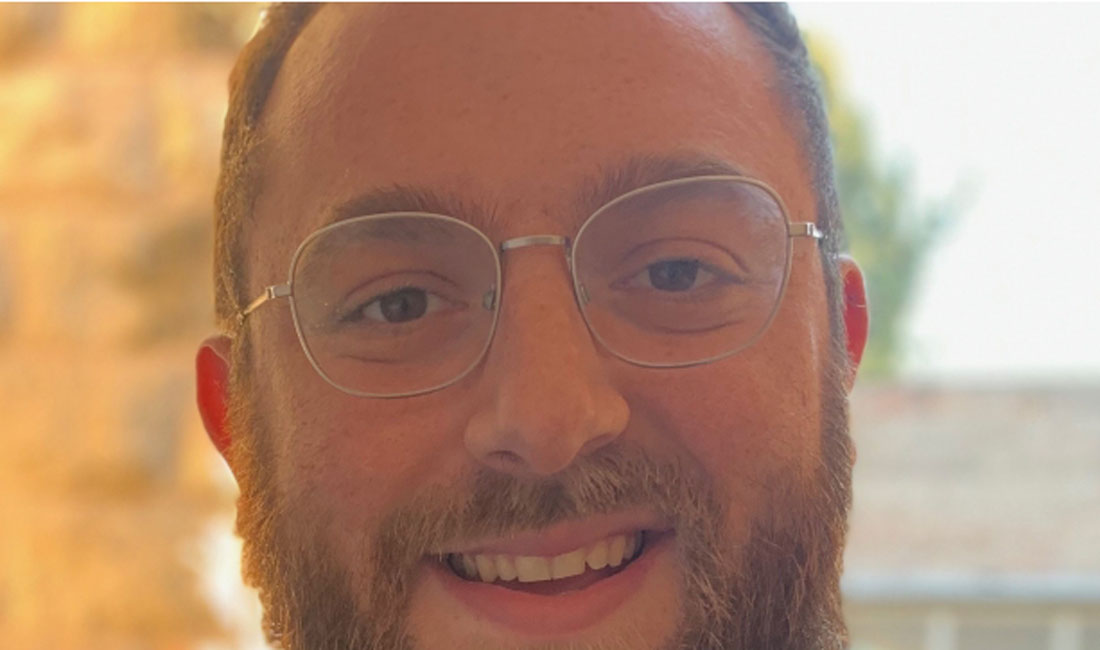 It is 2011, I am 17 years old, and it is Yom Kippur. Just one month ago, on the first day of my senior year of high school, I fell ill with my first episode of what would later be diagnosed as Bipolar disorder. I had taken on more than I could handle at school and the unforgiving college application process wore me down seemingly beyond repair.

Four days before Yom Kippur I was prescribed the drug Zoloft, but my mental state took a turn for the worse. For the first time since childhood, I couldn’t sit in synagogue or fast. My parents encouraged me to eat leftovers in hopes that I could get up from the couch and take a walk outside in nearby Central Park. While my condition ebbed and flowed over the next several years, I entered early adulthood unable to practice the rituals of Yom Kippur and the High Holidays without weeping and feeling oppositional. All of the talk of human sinfulness and punishment felt cruel to me given my loneliness, disorientation, and fear.

It was during these years of intense depression that I learned a song that brought me to Psalm 51. I was especially intrigued by the second verse, which attempts to situate King David’s cry for healing within the narrative arc of his life. The editor of this psalm suggests that the monarch wrote this poem after the prophet Nathan confronted him about his affair with Bath Sheva. Framed this way, Psalm 51 becomes a more concrete and embodied plea for healing. The psalmist’s call for a “pure heart” and a “renewed and steadfast spirit” (verse 12) become more poignant when one imagines them emerging directly from this painful episode in the author’s life.

Still, I was disturbed by the implication that God’s “holy spirit” (verse 13) might have been removed from me not because of my misdeeds, but because of brain chemistry. While the superscription provides a fascinating literary context for the poem, it also left me feeling confused, angry, and existentially adrift. Throughout the darker periods of my illness, I felt lost and unable to access God’s presence. Like the psalmist, I longed to “rejoice” in God’s helping presence.

At roughly the same time I came upon a teaching in Genesis Rabbah about the life of the patriarch Jacob that provided me with a measure of solace and hope in its understanding of the holy spirit. Commenting on Jacob’s state of being after his son Joseph was stolen from him, the midrash states that “the holy spirit disappeared” from before Jacob’s eyes and ears. The emotional and physical dimensions of the patriarch’s broken heartedness, his depression, felt immediately familiar to me. I knew the physical manifestations of Bipolar disorder that were constant companions to my emotional trauma. Reading about Jacob allowed me to feel accompanied in my mental illness; my ancestor was with me even when I could not access God’s presence.

Though I struggled for many years with severe depression and mania, and today still actively manage my Bipolar disorder, I am thankful to be living now with increased physical and emotional health. I am deeply grateful to be at a stage at which I can say that God has indeed opened “my lips” and allowed me to give “praise” (verse 17) for the many gifts in my life. As I prepare to enter the High Holy Day season, I feel prepared to carefully sift through the complexities of my life over the last year—including the fear and sadness elicited by the pandemic and the anger and soul accounting (cheshbon nefesh) brought on by the social uprising. In entering this awesome season of teshuvah (return and repentance), I feel God’s holy presence along with the support of my ancestors and the love of my family and friends.

Rafi Ellenson (he/his) is a literary translator, a first-year student at the Rabbinical School of Hebrew College, and a Rabbinic Intern in Teen Learning at Hebrew College’s Prozdor. A graduate of Goddard College, Rafi most recently lived in Jerusalem studying literary translation, movement, and leadership development on the Dorot Fellowship in Israel. In addition to his rabbinic studies, he is currently translating a book-length collection of the writer E. Ethelbert Miller’s poetry.