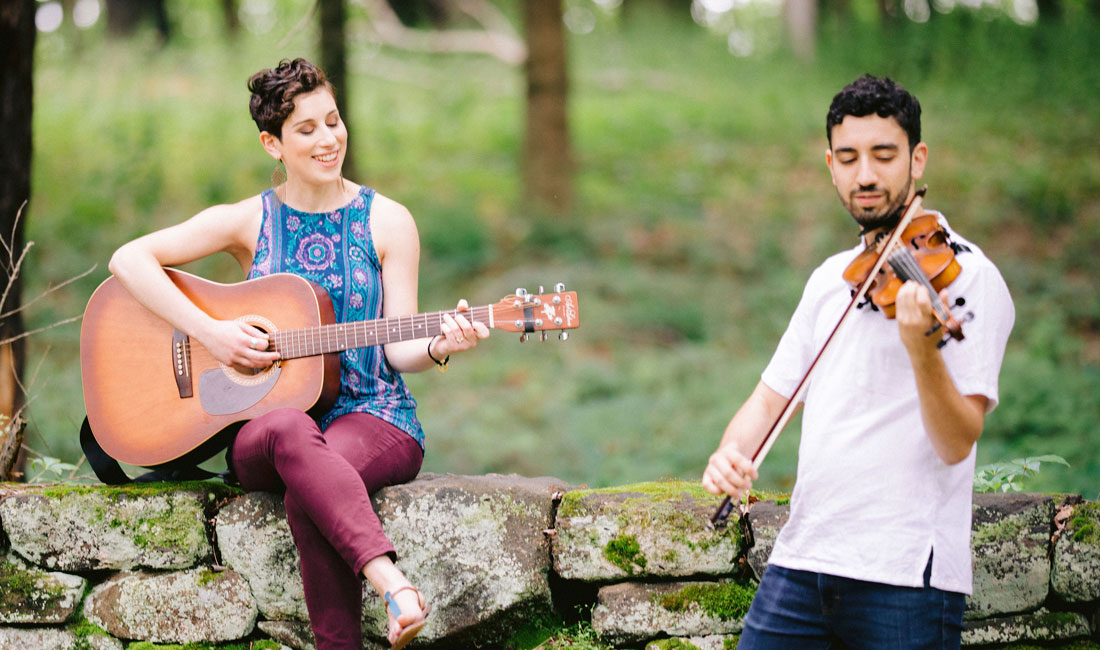 Leah Carnow is a rabbinical student in her second year of school at Hebrew College. Originally from Los Angeles, Leah has lived in the Boston area for ten years, where she also teaches yoga and works as the Rabbinic Intern and Vocalist at Temple Sinai in Brookline. Prior to beginning rabbinical school, Leah worked in regional and fringe theater as an actor and director. During the summer of 2020, she served as the rabbinic intern for the PsalmSeason project.

Yoni Avi Battat is a Boston-based multi-instrumentalist, vocalist, and composer specializing in contemporary and traditional Jewish music from Eastern Europe and the Middle East. He has performed around the world with artists such as Yair Dalal, Shai Tsabari, and Nava Tehila. Yoni received his Bachelor’s from Brandeis University and Master’s from Boston University, studying classical viola performance and composition alongside Yiddish and Arabic language. He also studied oud and violin extensively in Jerusalem, where he focused on Arabic maqam (mode systems) and piyutim (Jewish liturgical poems). He performs regularly with his Yiddish Jazz band “Two Shekel Swing.”

To hear more of the music Leah and Yoni have created together, visit https://leahandyoni.bandcamp.com.

Do not cast me out of Your presence, or take Your holy spirit away from me.

Let me again rejoice in Your help; let a vigorous spirit sustain me.