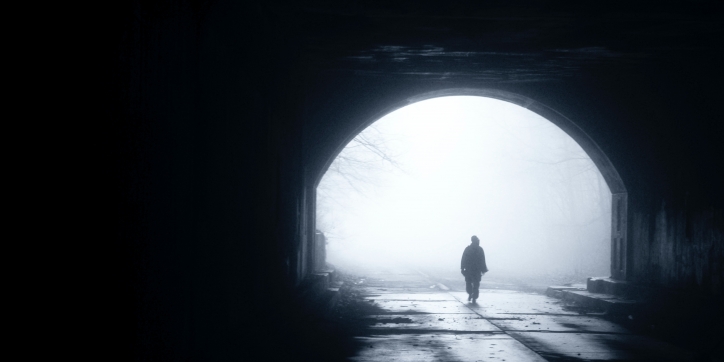 As we enter Psalm 22 we will address the themes of abandonment and renewal.

Many encounters with Psalm 22 begin and end with this Christian liturgical setting, but here I want to propose three additional ways to think about the psalm. The three insights will broaden our view of Psalm 22 beyond the standard Christian setting and association with Jesus’ death, while at the same time enriching our understanding of that setting.  Read more

(1) For the leader; on ayyeleth ha-shaḥar. A psalm of David.
(2) My God, my God, why have You abandoned me; why so far from delivering me and from my anguished roaring?
(3) My God, I cry by day—You answer not; by night, and have no respite.
(4) But You are the Holy One, enthroned, the Praise of Israel.
(5) In You our fathers trusted; they trusted, and You rescued them.
(6) To You they cried out and they escaped; in You they trusted and were not disappointed.
(7) But I am a worm, less than human; scorned by men, despised by people.
(8) All who see me mock me; they curl their lips, they shake their heads.
(9) “Let him commit himself to the LORD; let Him rescue him, let Him save him, for He is pleased with him.”
(10) You drew me from the womb, made me secure at my mother’s breast.
(11) I became Your charge at birth; from my mother’s womb You have been my God.
(12) Do not be far from me, for trouble is near, and there is none to help.
(13) Many bulls surround me, mighty ones of Bashan encircle me.
(14) They open their mouths at me like tearing, roaring lions.
(15) My life ebbs away: all my bones are disjointed; my heart is like wax, melting within me;
(16) my vigor dries up like a shard; my tongue cleaves to my palate; You commit me to the dust of death.
(17) Dogs surround me; a pack of evil ones closes in on me, like lions [they maul] my hands and feet.
(18) I take the count of all my bones while they look on and gloat.
(19) They divide my clothes among themselves, casting lots for my garments.
(20) But You, O LORD, be not far off; my strength, hasten to my aid.
(21) Save my life from the sword, my precious life from the clutches of a dog.
(22) Deliver me from a lion’s mouth; from the horns of wild oxen rescue me.
(23) Then will I proclaim Your fame to my brethren, praise You in the congregation.
(24) You who fear the LORD, praise Him! All you offspring of Jacob, honor Him! Be in dread of Him, all you offspring of Israel!
(25) For He did not scorn, He did not spurn the plea of the lowly; He did not hide His face from him; when he cried out to Him, He listened.
(26) Because of You I offer praise in the great congregation; I pay my vows in the presence of His worshipers.
(27) Let the lowly eat and be satisfied; let all who seek the LORD praise Him. Always be of good cheer!
(28) Let all the ends of the earth pay heed and turn to the LORD, and the peoples of all nations prostrate themselves before You;
(29) for kingship is the LORD’s and He rules the nations.
(30) All those in full vigor shall eat and prostrate themselves; all those at death’s door, whose spirits flag, shall bend the knee before Him.

Verse 1: For the leader; on ayyeleth ha-shaḥar. A psalm of David.

Another explanation: Concerning the nation of Israel, which is a beloved hind (Song of Songs 6: 10).

Ayyelet Ha-Shahar – An instrument with a very sweet sound that begins softly and gradually rises in volume like the rising light of dawn. – Rabbi Menhahem Meiri (1249-1315)

Ayyelet Ha-Shahar alludes to the Jewish people, who are compared to a doe (ayyelet) , whose beauty is like that of the dawn (shahar). The psalm reflects their collective cry during exile, where they have gone from being the doe of the dawn to a state of lowliness and darkness. – Rabbi David Kimhi (1160–1235), Rabbi Menhahem Meiri (1249-1315)

When the dawn breaks, the moon and stars retreat. At that moment, the darkness of night reaches its peak, and our slumber is deepest. So, too, just before the dawn of redemption, the Divine light will have reached its most profound concealment. Yet this darkness will create in us a great thirst for Godliness, which will in turn lead God to usher in the dawn of redemption. – Rabbi Menachem Mendel Schneerson (1902-1994)

Verse 2: My God, my God, why have You abandoned me; why so far from delivering me and from my anguished roaring?

“My God, My God, why have you abandoned Me!”
The collective cry of the Jewish people is spoken in the singular, since we are as one person with one heart. — Rabbi David Kimhi (1160–1235)

Verse 7: But I am a worm, less than human; scorned by men, despised by people.

Even if you worship God with deveikut (fervent cleaving), do not consider yourself superior to others, for we are all created with unique capacities to serve our Creator. The worm, for example, serves its Creator to the best of its mental and physical abilities. Had God not given us human intelligence, we would not serve Him any differently than the worm. What, then, makes us superior to the worm?

Consider yourself equal to all creatures, since the abilities we have are no more than what has been granted to us by the Creator. — Tzava’at Ha’RiVaSh
(18th century, attributed to the Ba’al Shem Tov)

Verse 12: Do not be far from me, for trouble is near, and there is none to help.

With the contrast of “distant” and “near,” the poet returns to the refrain of verse 2: “Such a long way between my desolate words and my deliverance.” In verse 2, the poet actually feels abandoned, with a great gap between her prayers and her deliverance; here, having just realized that God has always been present, the poet expresses only the fear that God might abandon her again. — Rabbi Richard N. Levy, Songs Ascending

Verse 13: Many bulls surround me, mighty ones of Bashan encircle me.

Numbers 21 relates the story of Og, King of Bashan (located in the north of Israel) leading his people in an attack on the Israelites on their way through the wilderness. Moses’ final poem describes Bashan as teaming with “the best of” cows, lambs, and goats (Deuteronomy 32:14). Amos derisively calls the wealthy women of northern Israel quote cows of Bashan (Amos 4:1). Clearly, for an ancient Israelite audience, Bashan evoked images of physical aggression and animal husbandry. — Richard Levy, Songs Ascending

Verse 17: Dogs surround me; a pack of evil ones closes in on me, like lions [they maul] my hands and feet.

While the Hebrew is the ordinary word for dog, because dogs were not domesticated in ancient Israel (though they had long been domesticated elsewhere) and roamed about in packs as scavengers, the biblical term is wholly negative. — Robert Alter, The Book of Psalms

Ayaluti, my Leader. In the whole Hebrew Bible, the word ayaluti occurs only here. The word has the same letters as Ayelet, found in the musical directions in verse 1. It is translated in OJPS as “help” and in NJPS as “strength.” Because of its similarity to eilei (alef-yod-lamed-yod), meaning “leader” or “chief” (Exodus 15:15 and several times in Ezra), we have construed that sense here -particularly appropriate because ayaluti is parallel to Adonai.

Hurry to my aid! An echo of verse 12 (“There’s no one to help”), but now the poet realizes that God will be her help. Once she acknowledges that, help comes very soon -halfway through verse 22. — Rabbi Richard N. Levy, Songs Ascending

Verse 27: Let the lowly eat and be satisfied; let all who seek the LORD praise Him. Always be of good cheer!

The three phases of the verse allude to the three aspects of the Messianic age:
“Let the humble eat and be satisfied” alludes to the material abundance of that time.

“Let those who seek God praise him” alludes to the spiritual clarity of that time.

“May your hearts live forever” alludes to the resurrection of the dead. 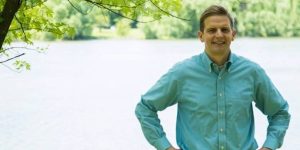 For Christians it is impossible to hear the opening verse of Psalm 22 without thinking of Jesus at the crucifixion. According to the Gospels (Mark 15:34; Matthew 27:46), Jesus cried out this verse – “My God, my God, why have you abandoned me?” – just before he died, and it has become a prominent feature of Christian liturgies commemorating his death. Many encounters with Psalm 22 begin and end with this Christian liturgical setting, but here I want to propose three additional ways to think about the psalm. The three insights will broaden our view of Psalm 22 beyond the standard Christian setting and association with Jesus’ death, while at the same time enriching our understanding of that setting.

First, although Psalm 22 begins with a bleak statement of divine abandonment, which sets the tone for the first two-thirds of the psalm (verses 1-23), the last third (verses 24-32) praises God’s deliverance and sovereignty. Thus, although we most remember Psalm 22 for its profound lament, God’s triumph has the last word.

The second insight is the psalm’s expansion from the particularity of the speaker’s crisis to the broader scope of YHWH’s kingship. Because the speaker laments his rejection and alienation, it comes as a surprise in verse 24 when he turns to address a gathering of supporters and we realize his lament, while highly personal, has taken place within the context of a large congregation (verse 26). The scope expands even further in verses 28-29 as the speaker invokes all nations and the ends of the earth as the extent of YHWH’s sovereignty. This movement shows the communal quality of prayer and worship in ancient Israel. Even an “individual lament” like Psalm 22 is embedded within the larger frameworks of community and the world as a whole.

The last insight is a lesson from Jewish interpretation of the psalm. Whereas Christian tradition, as we have seen, associates Psalm 22 with Jesus’ crucifixion, Jewish tradition connects it to the story of Esther, whose marriage to the Persian king brought her danger and peril, but also enabled the deliverance of her fellow Jews in exile. This mix of suffering and deliverance in her story mirrors the two parts of Psalm 22 and explains why the psalm came to be included in the celebration of Purim.

This deeper look into the biblical, Christian, and Jewish settings of Psalm 22 expands our appreciation of its diversity in content and reception. There is a lot packed into its thirty-two verses, and by looking at the psalm from different angles, we can celebrate its surplus of meaning and enrich the perspective most dear to each of us.- Andrew R. Davis, PhD

The opening words of Psalm 22 are saturated with the associations of the many individual sufferers who have found in them some strange respite.

Dare we disapprove of God? I think so; and there’s a long history of it. Disapproving of God is, in fact, what Psalm 22 sings. It is a protest ballad of criticism of the Divine. And why not? Where the hell is God, anyway?

Write your own version of Psalm 22, including several human emotions and experiences. Try to incorporate both blame/desperation and praise/trust in God.

This is a painting of the complete text of Psalms 22 in Hebrew. Most of the text is not legible. This invites the viewer to move “in and out” of the text, and to meditate on alternate ways to “see”, relate to, and appreciate the text. The jumbled letters in the blue, white, and silver color scheme are meant to convey both tension and calmness, and be slightly evocative of a stormy sea, which ties in with the Psalm’s theme of seeking help from Hashem (“The Name,” God) when surrounded in a hostile environment.

Using paint or crayons, make your own visual creation of Psalm 22. Would you use blue or another color? You can also try to make a collage with letters, cutting shapes or pictures from magazines.